The Right to Self-Determination

What does the International Court of Justice's ruling on Kosovo's independence mean? 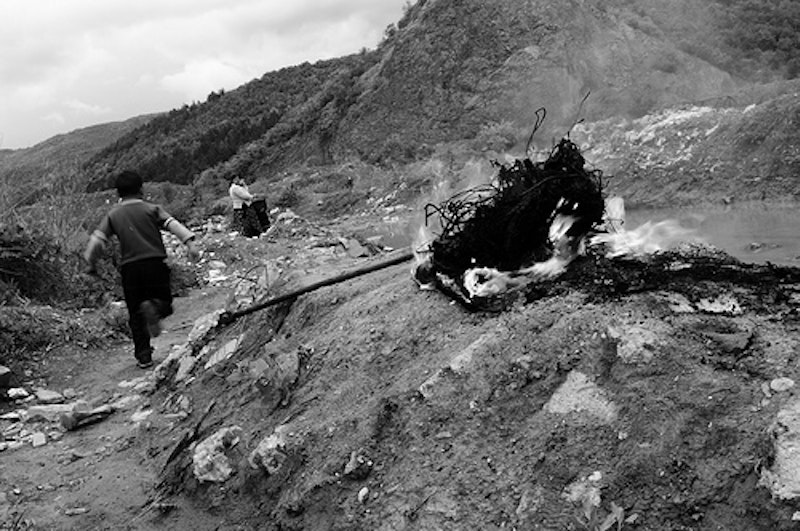 Throughout the 1990s, Kosovo, then a part of Yugoslavia, was engaged in a bloody and destructive war with Serbia. The majority ethnic Albanians were fighting for independence after years of repression and mistreatment at the hands of Serbia's nationalist government. The Serbians were fighting to maintain their territory and for the protection of Kosovo's ethnic Serbian minority. There were atrocities on both sides, though it was the murder and mutilation of Albanian civilians at Račak that convinced NATO of the necessity of a military peacekeeping operation. The NATO bombing campaign began on March 22, 1999 and it eventually convinced Serbian president Slobodan Milošević to capitulate and withdraw his forces from Kosovo.

In the aftermath of the decade-long conflict, Kosovo was placed under UN protection. United Nations Resolution 1244, which created the transitional administration, also recognized the territorial integrity of Yugoslavia, implying that the final arrangement for Kosovo would be some form of autonomous control without state independence. By the time discussions began in 2006 concerning the final status of Kosovo, however, many observers felt that independence was the most likely outcome. Indeed, the representatives for Kosovo were calling for just that, while the Serbian side, now the legal successor to the state of Yugoslavia, was insisting that Kosovo remain a part of its territory. No compromise could be reached, and in February of 2008, the legislature of Kosovo unilaterally declared its own independence. Since then, the question of Kosovo's statehood has been in limbo, with 69 UN member countries recognizing it and many, including powerhouses like Russia and China, refusing to do so.

Serbia took the question to the International Court of Justice (ICJ), asking them to rule on the question of whether Kosovo's declaration of independence was in accordance with international law. The ICJ's ruling, while non-binding, is expected to be highly influential, not only for the Kosovo question, but also for separatist movements around the world. For those who wanted the ICJ to come out in favor of Kosovo's independence, the ruling would set a precedent for regions that had exhausted their options for internationally mediated conflict resolution to declare independence and be quickly recognized by other nations. For those who opposed recognizing Kosovo, a ruling in their favor would shore up what they perceive as a weakening of sovereignty and territorial integrity by explicitly saying that internal regions have to acknowledge it just as other states do.

Last week, the ICJ published their decision and it walks a fine line between the two camps. Essentially, the ruling says that Kosovo did not break international law by declaring independence, but that it was up to individual countries to decide whether they wished to acknowledge the declaration or not. The legal issue was completely separated out from the political one. In other words, you are free to say you are independent, but you really aren't until others agree.

This is nominally a victory for Kosovar independence, since a ruling in the other direction would have been extremely damaging, yet neither side is likely to be entirely satisfied with it. What it has revealed is that there is no internationally accepted set of terms under which a region can declare itself independent. The ICJ's insistence that individual countries decide merely continues the status quo, where the decision is always made based on domestic politics and within the narrow definition of the national interest.

Kosovo is a prime example of how domestic concerns take precedence in this kind of question. Many of the countries that refuse to recognize Kosovo's statehoods are struggling with separatist movements of their own. China, for example, worries that supporting statehood for Kosovo would empower Tibet and Taiwan. Russia is concerned its position on Chechnya would be weakened. Neither country is all that closely allied with Serbia on other issues, nor would they be substantially damaged in other areas by the recognition of the Kosovar state, but they will not budge on the issue while it has ramifications for their own territorial integrity.

But as an international community, shouldn't there be an accepted set of circumstances under which everyone should recognize a new state? If we go back to Locke's idea of the social contract, a state has the right to rule the people only in as far as it upholds its half of the bargain: protection of their lives, liberty and property. If Kosovo's majority Albanians did expect this from the central government, but rather found intimidation and the violation of their civil liberties, why should they be barred from self-determination, so long as they in turn would assure the protection of the minority Serbians within their borders? The fact that there is no established way for an area like Kosovo to petition the international community for statehood leads to instability, war and the targeting of minorities within disputed regions. If the protection of Serbian Kosovars had been a prerequisite for statehood, perhaps frustrated Albanian Kosovars would not have been motivated to try and expel or hurt them.

Of course, the establishment of a new state would be extremely complicated, since decisions such as exactly where to draw borders and the distribution of natural resources would come into play, but that is all the more reason why there should be a system in place where both sides could be forced to come to the negotiating table and hash it out, rather than trying to decide the question militarily. Perhaps some cases would fail to reach a compromise and hostilities would break out anyway, but with the international community collectively offering the carrot of recognition and the stick of sanctions, both sides might be more motivated to find a peaceful solution.

But for an international institution to have that kind of brokering power, it would in turn have to be recognized and supported by most countries in a way that the UN and its various agencies and organizations cannot claim, so perhaps it is hopelessly naive to even suggest it.