The future belongs to those who throw the sociological factuality of race into an incinerator. 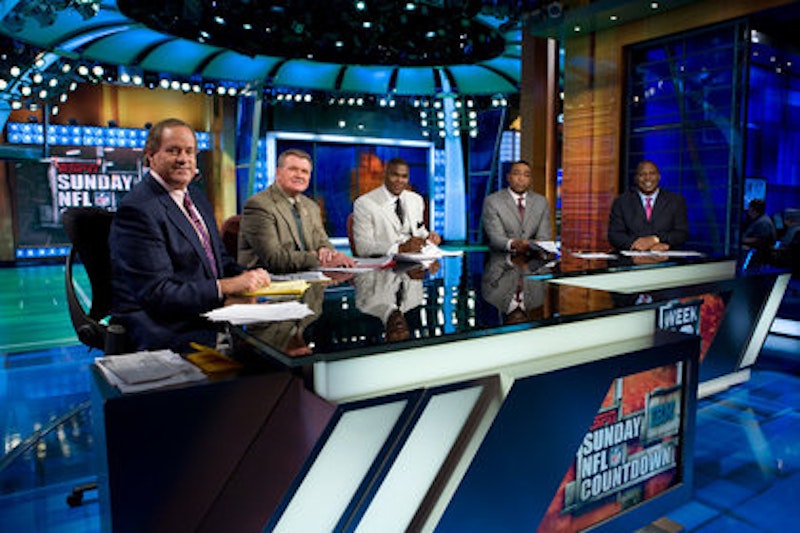 The logic, reason, and self-evident truth of Morgan Freeman should become required viewing for the American public. In an interview on 60 Minutes with Mike Wallace, the Academy Award winning actor gave his so-simple-but-undeniable-it-hurts solution to the problem of racial conflict and tension in American life: “Stop talking about it. I’m going to stop calling you a white man, and I’m going to ask you to stop calling me a black man. I know you as Mike Wallace, and you know me as Morgan Freeman.”

The idea to which America ostensibly aspires emerges through Freeman’s wisdom, and it’s evident in the countless classrooms and offices where students and employees behave in precisely the racially neutral way that Freeman advocates. Racism, like any evil, is ineradicable, but the trajectory of the American story that begins with slavery and moves toward Barack Obama is one of healing, sophistication, and triumph.

Obama’s presidential victory in 2008, the repudiation of institutional racism through political legislation and jurisprudence, and the transformation of social norms into a culture of sensitivity that essentially ended the career of Paula Deen, a celebrity who was of significant financial importance to her employers, reveals a country that is imperfect, but stable, peaceful, and working for harmony.

The once correct and necessary narrative of the civil rights era—black people are oppressed by a vicious white power structure and the country forever teeters on the edge of a race war because of it—is no longer useful in understanding American politics or sociology, and those who invoke it, with the stubbornness and thoughtfulness of parrots, do so out of laziness, misguided guilt, or to satisfy the demands of their lucrative livelihoods in media commentary, academia, or publishing.

Political discourse, and its coverage in the media, too often turns into the placement of explosive devices at the ground level of racial progress. When the basement blows out, and the roof comes crumbling down, the usual suspects of tragedy exploitation and race war profiteering sweep in to throw meat on the fire, and imply that not much has changed since 1954. The American right is too often unwilling to acknowledge any reality of race, but it is the destructive left that now stifles the striving toward a “post racial” ideal. It is the left, with its insistence on using even the most isolated incidents of bigotry to indict the entire culture that cannot give up the ghosts of the bygone past.

The news media is a relic, an over-the-hill, front porch swinging, sclerotic, dementia-debilitated, half-dead, halfwit trying to tell everyone “how it used to be.” The sports media, and specifically ESPN, is what now offers the most racially smart and sophisticated programming in pop culture.

As another NFL season ends, it’s only right to acknowledge the greatness and social significance of ESPN’s NFL Countdown series. Every Sunday afternoon and Monday night, the members of the multiracial panel of experts and commentating teams, which include retired players, former coaches, and journalists like Chris Carter, Keyshawn Johnson, Ray Lewis, Mike Ditka, Steve Young, Jon Gruden, and Mike Tirico, exist as individuals who have prospered in a meritocracy. They are on ESPN, providing analysis and commentary, only because they have football accomplishments, intelligence, and acumen reliable for sports journalism.

The issue of race does not loom large overhead when Ditka and Carter have a disagreement. In fact, the entire concept of race, were it not for difference in pigmentation, would fade into invisibility, given that all the men and women of ESPN act as equals discussing a neutral topic with candor, insight, and humor. Free and open interaction among people of different backgrounds is the hope, and in many cases, reality of America. ESPN presents and projects the idea of racial neutrality better than any other television network or media market, and in a time when it is culturally vogue to insult the NFL, the post-racial identity and achievement of ESPN is worthy of not only acknowledgement, but also celebration.

It is likely that the executives of ESPN have no intention of challenging the outdated and outmoded arrested development and paralysis of racial coverage from the news media. They are merely selecting the most intelligent and entertaining on-air personalities they can find, and in doing so, they further advance the idea of racial neutrality. The meritocracy of the market destroys the idiocy of bigotry and the manipulative moralizing of quota enforcing, ethnic head counting, and diversity policing, racial fixation that comes from a bizarre and untenable school of thought: In order to build a society where race plays no role, we must make sure race plays a role in every discussion we have and decision we make.

What does it say about America’s media culture that the only people who seem to have reached that level of understanding are the jocks?