Yes, it's a toy that makes Barack Obama look like a monkey, which to any reasonable American touches on some sketchy associative images in our past. But since it's presented as just a plaything, the racism can be plausibly denied by all of those who like to enjoy their Sambo-monkey pleasures in private. The sock-puppet idea has been discontinued after protests. 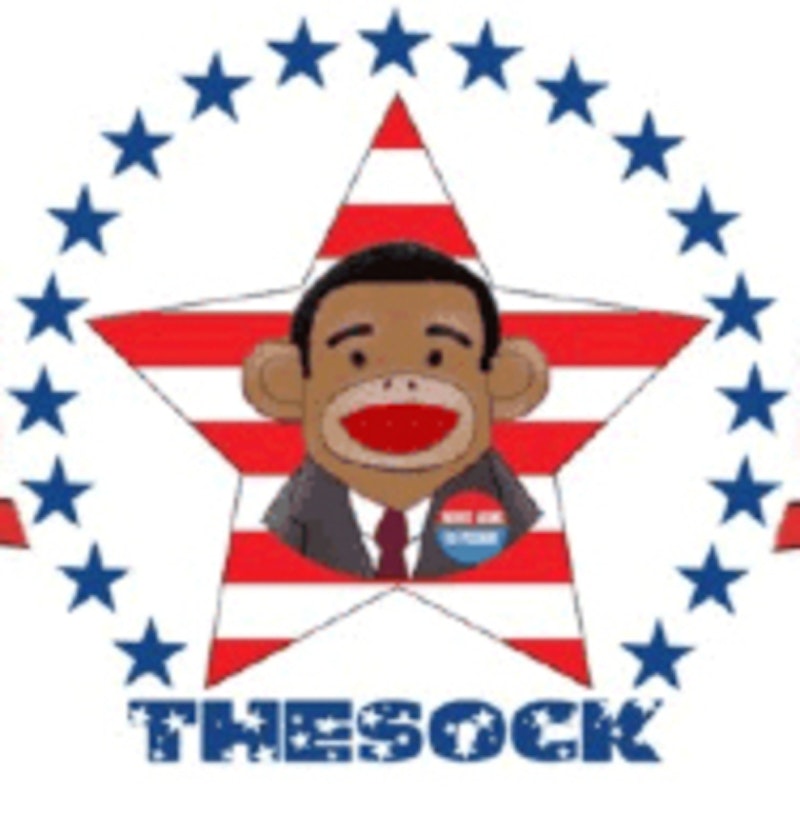 Supporters of Obama have been filling online forums and blogs with angry words over what they see as the degrading depiction of a black man as a monkey.

Such portrayals are a throw back to the days of “Jim Crow” laws in southern states. The depictions were designed to make one man appear inferior, less than human, for no other reason than the color of his skin.  From different blogs, one writer puts it simply:  “The 'Sock Obama' is disgusting.”  Others say its makers are racists.

"Staying true to his root, he is hand stuffed with just enough filling to give him a firm, but huggable feel. The removable suit jacket offers two looks for this future President - All Business or Hands On."