Conservative publications exaggerate the excesses and low points of the 1960s, distorting history. 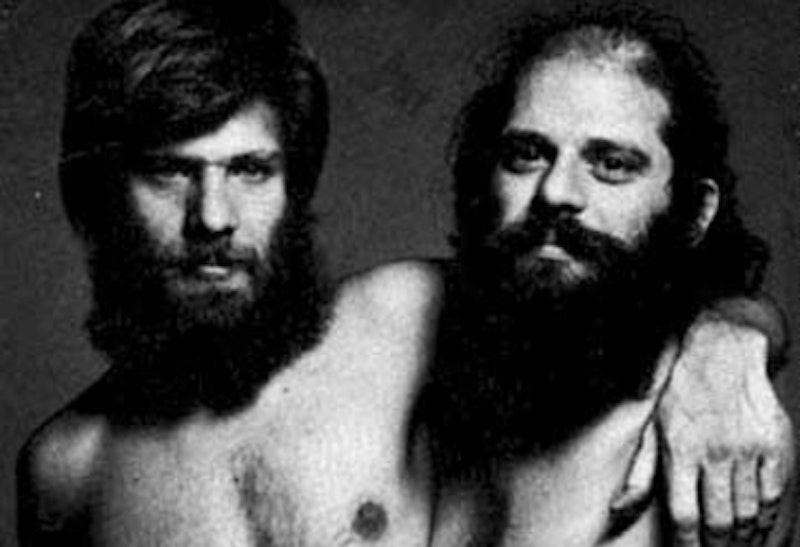 One night about 10 years ago I attended a book party at the Lower Manhattan offices of The Wall Street Journal, a festive affair that was hosted by the late Robert Bartley, then the daily’s editorial page editor. Bartley, whom I consider among the three most significant journalistic figures of the second half of the 20th century, was as mischievous as he was kind, and that evening he pulled a fast one as we chatted amiably about the upcoming 2000 election. The Journal that morning had published an editorial that was highly critical, and disdainful, of the social impact of the 1960s (a WSJ hobbyhorse), and I expressed the opinion to Bartley that perhaps it was time to keep the sexagenarians away from that particular topic. He laughed and asked if I’d like to meet the author of the editorial, who turned out be a charming woman not yet 25 years of age. I was flustered, but stuck to the notion that the admittedly over-memorialized decade in fact yielded so many remarkable cultural advances that its excesses were balanced out.

“Why do you think so many kids today wish they’d grown up in the 60s,” I asked, a sentiment still common today. Bartley quickly retorted: “Because they don’t know any better.” There was no sense in continuing on this tangent, so for a few minutes we chatted about tax reform and then Bartley excused himself to mingle with other guests.

I imagine this extraordinary man, were he still living, would be appalled at the millions of words devoted this year to the 40th anniversary of 1968, chosen as an essay topic for all the obvious reasons: the assassinations of Martin Luther King Jr. and Bobby Kennedy; the riots in major cities; shutdowns of universities across the country; the tumultuous Democratic convention; and Lyndon Johnson’s stunning decision not to seek another term as president. Most of this material is a re-hash of events that matter less today than its authors believe, and there is a congratulatory tone, in general, from those writers who participated in some of the upheaval of the 60s. And congrats are in order for all of those who are still living—longevity has its rewards—but as someone who was a teenager during those years I’ve had my fill.

There are only so many times you can read about RFK’s connection to poor Appalachians or see footage of the sainted Walter Cronkite expressing doubt about the Vietnam War. (That said, I can’t think of any more moving political moment from that era than when Kennedy bobbed and weaved during a 22-minute demonstration of applause as he prepared to give a brief speech about the recently slain JFK at the ’64 Democratic convention. It’s still chilling, regardless of your politics, to see a man in such pain, grieving for his lost brother.)

On the other hand, a number of conservative publications and websites are just as guilty in distorting what really happened 40 years ago. I’m a subscriber to The New Criterion, a fine monthly that’s as rigorous and consistently intelligent as any today, but the lead editorial in its June issue (and accompanying article by former radical turned right-wing provocateur Peter Collier) was overly harsh. The writer is correct in pointing out that the first stirrings of the 60s “counter-culture” began a decade earlier, most famously with the Beats—and also represented by Elvis, James Dean, John Coltrane, James Baldwin, Norman Mailer, and all the small clubs and coffee houses that were filled with “beatniks” in New York, San Francisco, Cambridge, Ann Arbor and other cities and college towns. Where the edit goes wrong, however, is condemning everything that transpired in that following tumultuous decade as poisonous.

This one description of the 60s really misses the mark: “In fact, the counterculture of the Sixties represented the triumph of what the art critic Harold Rosenberg famously called the ‘herd of independent minds.’ Its so-called creativity consisted of continually recirculating a small number of radical clichés; its idealism was little more than irresponsible utopianism; and its crusading for ‘love’ was largely a blind for hedonistic self-indulgence.”

As for granny glasses and tie-dyed shirts—not to mention mini-skirts and bellbottoms—surely Prelutsky knows that fashion is fickle and fleeting: some find the affectation of bow-ties and sports coats with arm patches just as noxious today. And while I’ve never understood the attraction of low-slung jeans, it doesn’t bother me in the least.

And Prelutsky isn’t above employing the same misleading generalizations about the Boomer generation (of which he wasn’t officially part of, given his date of birth). Here’s a whopper: “The baby-boomers born in the years after World War II were members of the most coddled generation America had ever seen. From birth, they had been treated like royalty, privileged and spoiled not for any special qualities or accomplishments, but simply they because they existed and were their parents’ little darlings.” That obviously isn’t true: my own parents had five kids and while we never lacked in affection, there was little coddling. Every one of us had jobs, as money was scarce, and were taught at an early age to study hard, get good grades, engage in extracurricular activities, all for the common goal of receiving scholarships to college. This was hardly a unique situation, and Prelutsky, had he any shame, ought to admit that he’s drawing a caricature.

Finally, a few words of wisdom from John J. Miller (born in 1970), whose work for The National Review I generally admire. In a September, 2006 NR article, which, in part, feted The New Criterion on the occasion of its 25th anniversary, Miller rips apart Allen Ginsberg, the poet/activist/star-fucker whom the author slags as generally grubby. I’m not carrying water for the famous Beat poet, who was ubiquitous in the 60s at black/gay/animal/environmental rallies, be-ins, sit-ins, love-ins, outdoor concerts, what have you. The guy was an attention whore, it can’t be denied, but Miller’s squeamishness at Ginsberg’s most famous poem “Howl” is an indication of how the right has retrospectively overreacted to the counter culture that flourished a lifetime ago.

Miller says the long poem “reeks to high heaven” and then continues: “Although it’s vulgar and verseless—or perhaps because it’s vulgar and verseless—“Howl” is routinely hailed as one of the finest achievements of the so-called Beat Generation.” I happen to think that Rush Limbaugh is fairly vulgar, but can’t deny his influence in the past 20 years, but no matter. In fact, when I first read “Howl” as a teenager the opening struck me as fairly extraordinary—still does, actually. “I saw the best minds of my generation destroyed by madness, starving hysterical naked, dragging themselves through the negro streets at dawn looking for an angry fix, angelheaded hipsters burning for the ancient heavenly connection to the starry dynamo in the machinery of night…”

“Howl” was first published in 1956, and whatever gripes you might have about Ginsberg, his prescience is quite remarkable. Do I prefer Ginsberg to Blake or Whitman? No, but reading the Beats as a kid, as well as J.D. Salinger, led me to Dylan Thomas and Rimbaud and Brecht and Shaw and Nathanael West, among others. The same pattern has emerged with my older teenage son in the 21st century. I can hardly think of a poet as “grubby” when he’s been a gateway to all kinds of literature. That’s a legacy—although impossibly prudish conservatives deny it—worthy of praise, not condemnation.