On the Origins of Lies

The designer may collude but need not conspire, because it’s no secret that the designer lies to the public and condescends to the people. 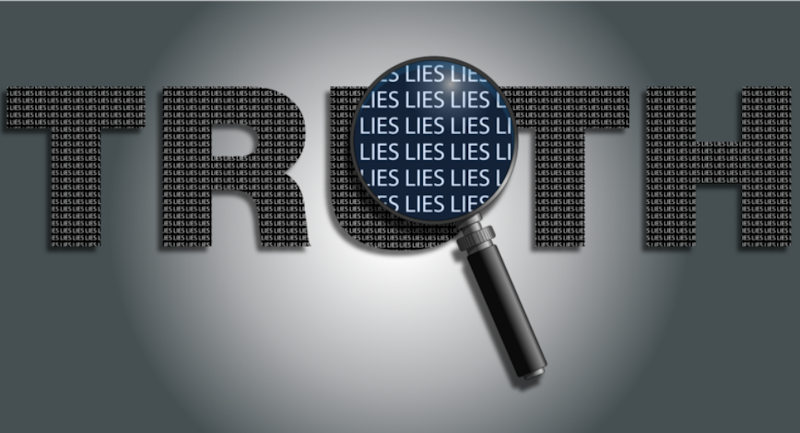 The absence of proof may not disprove anything, because what scientists say doesn’t exist in nature may nonetheless be a product of both science and design. Or, irreducible complexity may not explain how nature works, but it may explain how scientists working together—in a lab—can design a virus that survives and flourishes in nature. The alternative is to search for what may not exist, a natural and intermediate host for Covid-19. The search continues, just as the struggle to see the obvious remains constant, because evidence on the origins of lies—that so many scientists, professors, reporters, CEOs, and politicians are liars—is real but difficult to comprehend.

The difficulty lies in comprehending the degree of damage—the palimpsest of propaganda—that darkens and stains the historical record.

The stains dye the record red and black, revealing the concealment of evidence and the corruption of written evidence. And yet the nature of the markings isn’t random but selective, evincing a design to withhold evidence.

Whether the designer is one, or one of many, is less important than the fact that intelligent design exists.

The designer may collude but need not conspire, because it’s no secret that the designer lies to the public and condescends to the people.

More troublesome is the religiosity of the designer and the designer’s style of dress, for he wears his religion on his face; for he wears a mask instead of a miter, and a coat—a white coat—instead of a cassock or a coat of many colors, for swearing wrongdoing while further wronging the people on this day, the fourth day (Tuesday, January 25, 2022) of the 96th week, of his 15-day plan to slow the spread of Covid-19.

The designer is Dr. Fauci without remorse.

The designer is also a collective, or the digerati without restraint, free to censor, block, suspend, or surveil and shadow dissidents before banning dissent altogether.

The designer is a reporter falsely speaking his piece, and speaking of peace, before a backdrop of fire and panic.

The designer is President Biden, his lips dripping with lies about the second coming of Jim Crow, as he speaks to blacks about Republicans the way a Democrat of a certain age would speak to whites about blacks: warning listeners of the evildoer who holds a dagger at the throat of American democracy.

Such is the nature of misbelief, of devotion without doubt, in which Biden rebukes the winds and the sea, while his press secretary suggests that nature obeys the president; that those who cross the Rio Grande wash away their sins; that the crossing is illegal but not sinful, because the crossing saves souls; that we need not trouble ourselves with history or science, because those who cross into America aren’t enemies and those outside America can do us no harm.

Thus do lies expand and proliferate, infecting individuals and institutions, until truth is illicit and ignorance triumphant.

Thus do we stand—for liberty, with less liberty—as we pursue justice for all.