Who needs hoaxes or inside jobs as long as you have ready excuses? 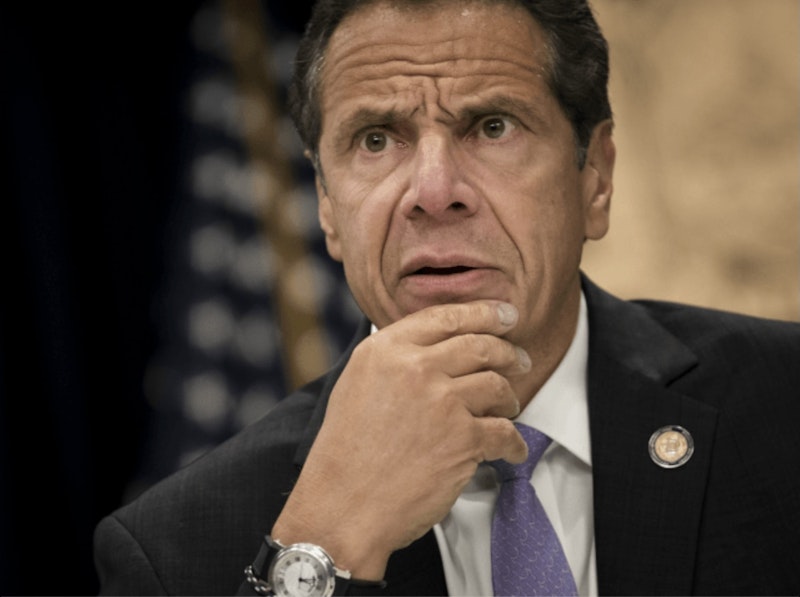 The older I get, the more obvious it is that most people are very, very stupid, even the ones with big vocabularies or some facility with math.

A humble person, I’d honestly imagined I’d gain a greater appreciation over time for the different ways they all think—humanity as an imperfect but wonderful carnival. Instead, their folly becomes ever more apparent, as do the ways they disguise their idiocy as expertise, mainly by striving to blend in with the herd. No one can call you stupid when they’re all doing the same thing you are, right? Good scam! It may see you through, at least until disaster strikes everyone simultaneously.

So it is that you end up with at least half the population thinking that their willingness to comply with all regulations—including contradictory and arbitrary COVID restrictions—is a testament not to their docility but to their clear-headedness and even independence of thought.

It is to these self-congratulatory dupes that men like New York’s Gov. Cuomo direct scolding-yet-troop-rallying remarks like his comment last week about how all the COVID regulatory burdens under which New Yorkers are now groaning are their own fault for not ceasing all human contact months ago and thereby magically eradicating the virus completely: “It’s all self-imposed,” barked the Governor. “If you didn’t eat the cheesecake, you wouldn't have a weight problem.”

Where was that firm call to individual responsibility the last time a city or state in the enlightened Northeast contemplated a fat tax as the only solution to the public’s weight gain? Choosing to eat ourselves to enormity apparently isn’t our own fault except when it serves as a strategically useful but false metaphor for suffering under regulations we didn’t choose. Got it.

Then, saps vow to buy a copy of Cuomo’s book and wonder why a real leader like him isn’t president already. But the baffling celebration of the nursing-home-packing deathbringer Cuomo doesn’t end there. He’s slated to receive an International Emmy Award for educating and calming (!) the whole world during the COVID crisis in a “masterful” fashion (horning in on his journalist brother Chris’ territory a bit). I was one of the vast army of first-round Emmy judges once years ago, and I’d like to think Cuomo’s performance would be one of the videos causing us to ask the roomful of judges for a show of hands after someone says, “We all agree it’s okay to skip the rest of this video submission, right?” Aye.

As liberals race to adhere to whatever unscientific lockdown regulations government spews out next, priding themselves on their obedience like so many button-wearing voters, you can see how there really is a natural affinity, perhaps especially on the coasts, between aging FDR fans and young people who pride themselves on being “free thinkers.” They’re all eager to show they got in line before you did and are behaving well, as a smart person does. Scratch a hippie, find someone sanctimoniously collecting tin for the war effort.

Meanwhile, Cuomo’s West Coast analogue, California’s Gov. Gavin Newsom gets caught by a photographer dining with a large group in defiance of his own COVID regulations and stammers something about “extenuating circumstances”—you know, much like a normal mortal does when caught afoul of government edicts, except the normal mortal gets fined or goes to jail, or goes to jail and then gets shot trying to escape, after which the FDR fans and hippies lament that the attempted escapee was a selfish person.

The coastal cities of the U.S. specialize in producing politicians who think that, godlike, they can decree anything whether or not it makes sense and whether or not they plan to abide by their own rules. New York is also home to Sen. Chuck Schumer, who just urged potential-president Joe Biden to erase the first $50,000 of student debt by executive order. Alakazam! Economic consequences begone! No wonder these people have such a hard time believing lockdowns impose hardships—and even cause some deaths. (Sorry if you’re Gen X or older and you or your parents worked for decades to pay off your own student debt, by the way.)

Even on the rare occasions New York does something efficient like switch from tollbooth agents to EZPass, allowing drivers to cruise on through toll zones and be charged electronically, you have to wonder these days whether it’s just a first step toward some far more intrusive, sinister plan for constant electronic monitoring and fees down the road, so to speak—maybe eventually radio-tagging like naturalists do with bears. One needn’t think government is prone to faking crises or perpetrating “inside jobs” to notice the unmistakable pattern of it seizing opportunities to expand its powers as opportunities arise, whether thanks to terrorists, viruses, hurricanes, or economic downturns.

Government is a creature forever lying in wait. Once you notice that, you barely need full-fledged “conspiracy theories.” Yet you’ll forever after see government as the predator it is. Or if “predator” is too glamorous, maybe we should liken it to an “opportunistic infection,” waiting for carelessly untended wounds to be revealed.

Even in New York State, though, servility is not universal. Upstate, an attempt by police and health officials to invade and harass a Buffalo gym for defying lockdown closure led to rebellious customers chasing out the deputies and health officials with shouts of “We will not comply!” That’s a start.

And resistance to the global lockdown is not petty. For the first time in human history, government has effectively outlawed everything, especially human contact, and it may well be the end of both individual freedom and routine collaboration for our species unless you fight back.

I can see some of the newest New Yorkers playing at recess outside a school in my Manhattan neighborhood, and I think they sing along with Katy Perry’s “Roar” nearly every day, which may instill a little fighting spirit in them—though the spectacle is made a bit more pathetic by the fact they’re all wearing anti-COVID masks. Is there much of anything they’ll grow up thinking government can’t impose?

Maybe all that’s temporary, though—and not because of any hypothetical vaccine. It may turn out to be temporary, at least in this area, because of another Gov. Cuomo announcement: the state’s partnership with, yes, Bill Gates’ foundation to “reimagine education” for the post-COVID world. Is there anything Gates hasn’t positioned himself to reimagine, from electronic tracking of all individuals to vaccinations? No wonder he keeps smirking with obvious glee every time he gets to the part in an interview where he has to explain that some people may not like the changes that lie ahead.

I’m sure he’s a hero to some these days, but if you think he’s above pushing schools to close forever so that he can roll out some mediocre new distance-learning software that, chuckle chuckle, ought to be an acceptable substitute for schools for the likes of you peasants, keep in mind this is a man so naturally prone to think like a monopolist that he laughs—laughs!—at the idea of school choice.

That may come as a surprise to some of his fellow capitalists who share my fondness for choice, but Gates had said, with his usual dismissive laugh, that once you think you have the best way to educate kids, it’s insane to want the world checkerboarded with a variety of different, possibly worse methods. A full-blown Stalinist couldn’t say something more clueless about the virtues of choice, competition, and markets. Those concepts never sank into the brain of central-planning Bill Gates, apparently. And you trust him to tout the correct pandemic-planning and vaccine choices for some reason?

The people in charge, governmental or capitalist, are always eager to roll out their own expensive new ideas once a crisis hits. If you don’t like the government’s controversial Carnivore surveillance system in the 1990s, well, maybe you’ll like a slightly different surveillance system in the 2000s after 9/11 hits you, and so on. Now the people in charge are all COVID opportunists, you might say.