“Nazi” is resurging: the word, the epithet, the syllables, the sound. 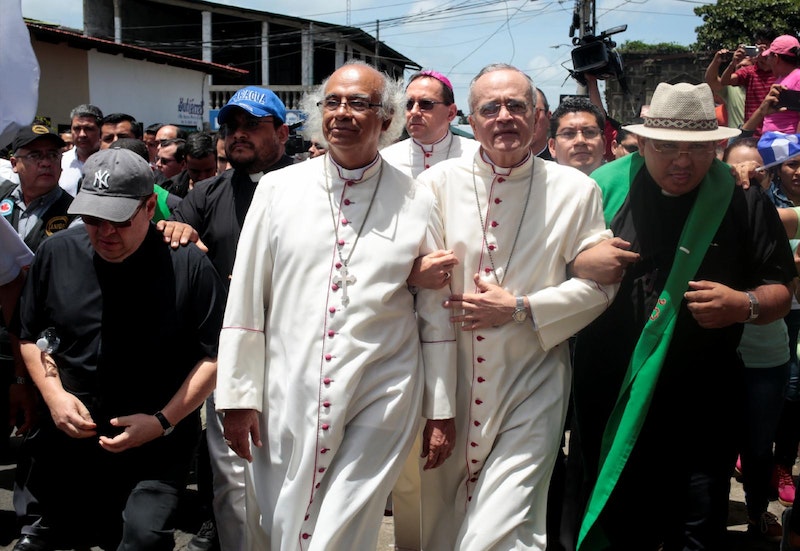 We might be puzzled and concerned by the current rise of “the Nazis,” though not particularly by the rise of the Nazis, who appear to be no more in resurgence than they were a decade or two ago. What’s definitely in resurgence, however, is “Nazi”: the word, the epithet, the syllables, the sound. Vlad Putin says that his columns of broken-down armor are crawling from Belarus toward Kyiv in order to "de-Nazify" Ukraine, which is being run, he says, by "neo-Nazis." As many have pointed out, the idea that he's running a Nazi regime must’ve come as a surprise to President Zelensky, three of whose uncles died in the Holocaust.

The rise of “Nazi,” “neo-Nazi,” and “fascist” as all-purpose political insults and propaganda strategies, thrown at everyone from Trump to Putin himself to advocates of vaccine mandates (as well as at their opponents), arrives as “terrorist” peters out as the biggest word bomb. The "war on terror" was of mixed effectiveness, but it really sent “terrorist” (the word) flowing around the world as a multi-purpose yap-weapon. Before long, bad boyfriends were emotional terrorists, an approach that would definitely fill Guantanamo. But the word lost its sting. Thus, the revival of “Nazi,” which had been somewhat neglected during the terrorist era. It's going to turn out that your boyfriend is also an emotional Nazi.

When the Catholic bishops of Nicaragua signed a pro-democracy statement last year, the leftist autocrat Daniel Ortega said, “The bishops signed that in the name of the terrorists, at the service of the Yankees. These bishops are also terrorists. In any other country in the world they would be on trial.” Ortega, whom many would characterize as an old-time communist in the Stalin-Castro mode, didn’t get the memo that “terrorist” is over. He should’ve called his bishops Nazis. He'll get to it, I assume.

The main purpose of “terrorist” and “Nazi,” employed in these extremely loose ways, is as ultimate rhetorical weapons, nuke-words that’re supposed to incinerate everything in their vicinity. What they mean in these ahistorical uses is just, "I am here to annihilate you, with words." If you hit “terrorist” in 2012 or “Nazi” this week you weren’t, likely, making any sort of factual assertion. You were just launching.

We could try to work out what these words "really mean," and some excellent political philosophers are making the attempt yet again. Then we could try to limit people's uses of these words to these meanings, or to their genuine historical content. I don't think this will prove effective in the end. Anyone can hurl any word at anyone at any time and mean whatever they please by it. And I have the feeling that, even if we all used all these words the same way, or "correctly" by some theorist's or by history's standards, nothing concrete would change. People can always just shift to near-synonyms, or manufacture a new word-weapon.

It's outrageous that Putin called Zelensky a Nazi. But if he hadn't, if he'd called him a “terrorist” or a “prince among men,” Kharkiv would still be getting shelled, get me? It makes no practical difference either way. When you launch your nuclear word-weapon, what appears is a picture of a mushroom-cloud that says “Bang!” It can't really cause anything except maybe momentary bemusement.

If you're the sort of person who often or even relentlessly, says "words matter," you should bear this in mind.