What should eight-year-olds read? Nothing to do with abortion or gender dysphoria. 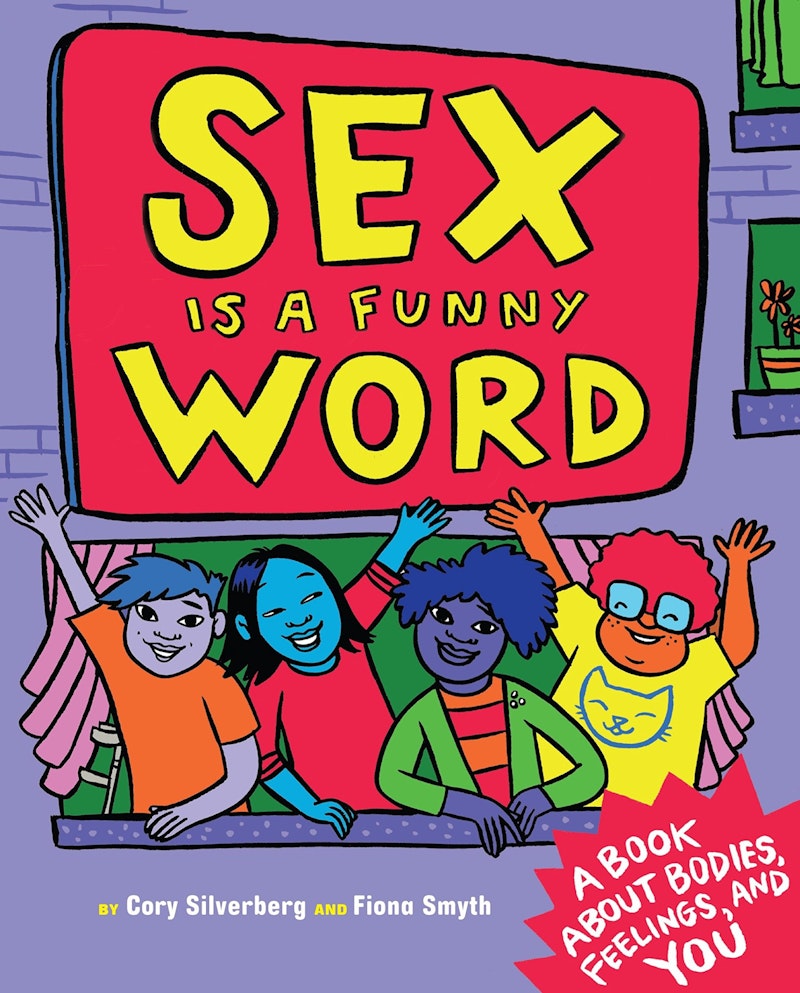 The Westford Public School District in Massachusetts has an idea, a bad one. Each year, the district sends a letter to elementary school parents with a list of student resources that it recommends checking out to supplement its sex-ed curriculum. One of the books it recommends is Sex Is a Funny Word: A Book about Bodies, Feelings and YOU by Cory Silverberg. The district recommends this book for eight- to 10-year-olds. I found this out when I put in public records requests for the sex-ed curriculums for nearly every school district in the state for NewBostonPost a few months ago.

I read the book. It reaffirmed what I assumed: it’s disturbing.

And the transgender stuff is unforgivable. Eight-year-olds don’t need to know the intricate details of what makes someone a man or a woman. It’d be bad enough if the book said: men have penises and XY chromosomes and women have vaginas and XX chromosomes. Instead, the book explains woke gender ideology.

Material on transgenderism for children typically says if they identify with the other gender, that makes them a member of the other gender (or that they can identify as some made-up Tumblr gender). It weirdly reinforces traditional gender roles. For example, if a boy likes pink, plays with dolls, and likes to knit, he’s doing things typically associated with girls. That doesn’t make him a girl. Biology already decided that.

While some people do suffer from gender dysphoria—and deserve compassion—we don't know what causes it. Content like this is also why I don’t understand why any time a school board or a library says a book doesn’t belong in a school, it becomes a national news story. We get some spiel about book-burning and Nazis. However, sometimes school boards fuck up and mandate something that doesn't belong there. I’d love to see the liberal reaction if a school wanted kids to read Charles Murray’s The Bell Curve or another controversial right-wing title.

While we keep hearing about critical race theory, I expect that this so-called comprehensive sexuality education will become a bigger issue soon. The Supreme Court could overturn Roe v. Wade this year and send abortion law back to the states—or it could uphold 15-week bans. Proponents of legal abortion often say that comprehensive sex education (which I don’t support) and expanded access to birth control (which I do support) are what the country needs to reduce the abortion rate. People may think that comprehensive sex-ed sounds good. However, people might do what I do in one of the most liberal states in the country and research curricula. Schools don’t need this CSE garbage.

Some liberals and progressives in elected office, many of whom are Democrats, think showing eight-year-olds drawings of naked people and telling them they can change their gender is fine. They think teaching 12-year-olds about eating ass is okay because Planned Parenthood says so. They think it’s okay to teach children that unlimited genders exist. They think it’s okay to tell children abortion prevents a pregnancy; not everyone who supports it being legal wants society to think of it as a form of birth control.

Politically, messing with education is a losing strategy for liberals and Democrats. Inflation is high. President Joe Biden’s approval rating is currently in the toilet. And local politicians pushing woke ideology onto children helped Glenn Youngkin become governor of Virginia last November. Liberals can't control Biden's approval rating and inflation isn’t all Biden’s fault. However, they can stop being weird in schools. And I say liberals because my Republican state Senator Pat O’Connor (R-Weymouth) supports a bill that would update the state’s sex-ed curriculum to include this woke garbage. The letters after people’s names don’t tell you everything; a couple of my favorite state representatives are Democrats.

Instead, being weird puts the national Democratic Party at a disadvantage this November. So while Medicare fraudster and Sen. Rick Scott (R-FL) wants to abolish welfare benefits for single moms and raise taxes on 60 percent of the country, Democrats will have to play defense about stupid and unpopular curriculum people in their party support in public education.