It Doesn’t Have to Be True 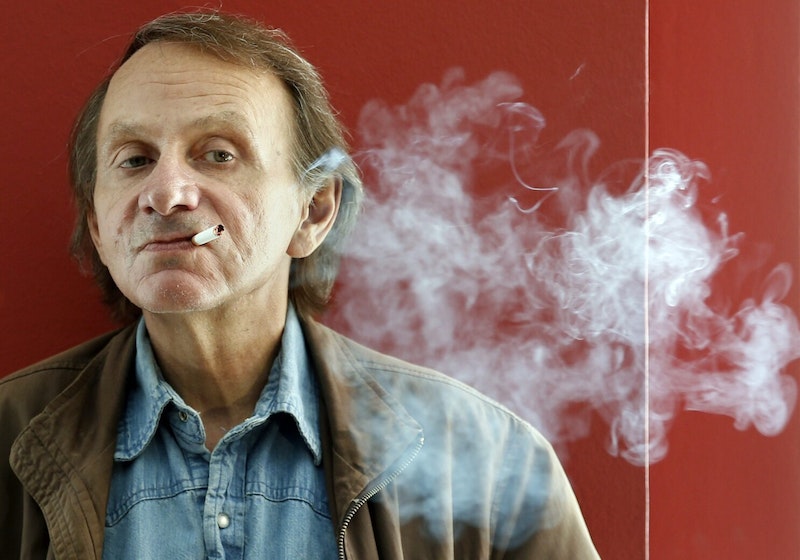 Michel Houellebecq: It would be impossible to talk about it more than they already do, so my book won’t have any effect. If anything has become obvious, it’s that.

Steinem: The laws on the books are not so bad now.

Houellebecq: But essays are what change the world.

Steinem: It has to be social. It doesn’t have to be true.

Houellebecq: Now I really don’t know. First of all, I think, it’s my job, though I don’t care for that word.

Steinem: You could lose your job.

Houellebecq: We’ve seen it happen before, it could happen again.

Steinem: And it doesn't exist in every culture. We have to say no.

Houellebecq: No. But the main characters are not satirical.

Steinem: You know, which is the cause of this cavernous inner, unfillable vacuum. You know that then we try to fill with violence, drugs, work, I mean all kind of addiction.

Steinem: The courts are just horrendous in this regard.

Houellebecq: I think we are seeing practically the opposite. Politically, one might even welcome this development—it’s not really a catastrophe.

Steinem: Much of what goes on television and rock lyrics and illustrations of record jackets and so on, justifies it and makes it seem alright.

Houellebecq: In itself, it can produce nothing, just emptiness and unhappiness.