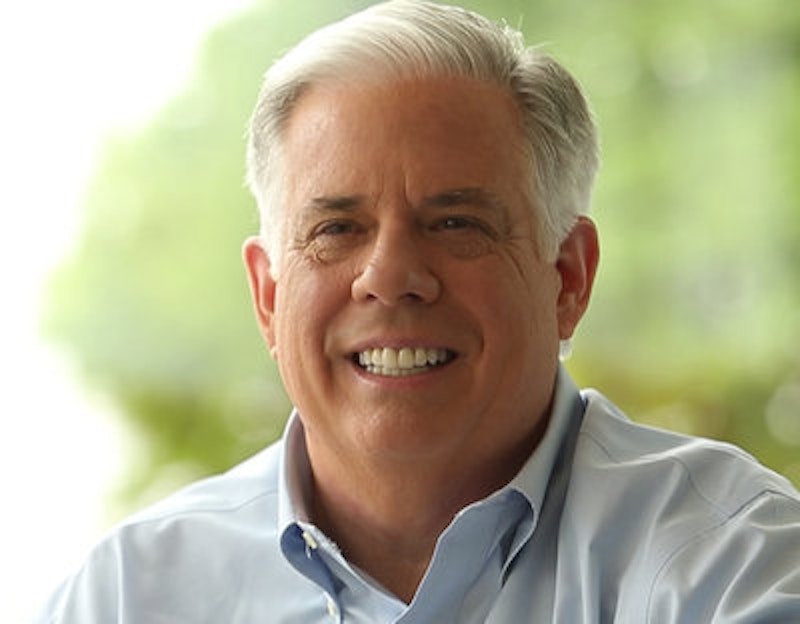 Propelled by the Kennedy aura of invincibility, Townsend, of course, won with 80 percent of the vote, or 434,948 votes. But the novelty of Robert Fustero’s impressive footnote showing foreshadowed a menacing undercurrent that would ultimately deny her the governorship. The Fustero vote may have been a protest, but it carried with it the airborne message that, despite so many bloodline assumptions, Townsend was, to phrase it delicately, not quite ready for prime time.

There is an uncanny symmetry between the election years of 2002 and 2014. The elements of high drama and low expectations are all there for Democrats just as they were in 2002: The magisterial claim of entitlement and preparation; the numerically successful but unconvincing primary victory; the blathering explanations; the duck-and-cover campaign; the administration’s unpopularity that accrues with fatigue; the pile-up of endorsements without an underlay of conviction; and a resounding lack of enthusiasm for the election to come or for the Democratic candidate in a state where the party has a better than 2-1 advantage (and growing).

Many Democrats are expressing the same skepticism and uncertainty about this year’s nominee, Lt. Gov. Anthony Brown—the fourth of seven lite governors since 1970 to seek the resume upgrade to governor—as they did about Townsend. And while they say they may not vote for Republican Larry Hogan, they could very well take a pass on voting for governor or, as in the case of Fustero, vote for the third candidate with little or no chance, libertarian Shawn Quinn, just to blow off steam.

It is important to note, however, without belittling Quinn, that libertarianism—whatever its improvised and self-serving tenets—is enjoying a brief moment of ascendancy and recognition mainly because of the missionary work of Sen. Rand Paul, of Kentucky, its leading practitioner and current apostle.

There’s a resonant modicum of libertarianism in each of us—the desire to be unbothered. Libertarianism, as a movement, may also be foredoomed as flash-in-the-pan. It was recently recognized for its arrival and acceptance as mainstream Republicanism by both Time and The New York Times magazine as well as a front-page piece in The Washington Post, a sure signal of transience and immanent flameout.

It’s true that Brown won the Democratic nomination with 51.4 percent of the vote. But his two opponents, Atty. Gen. Douglas Gansler and Del. Heather Mizeur (MoCo), racked up a combined 45.8 percent of the ballots, with Mizeur demonstrating the fiercest loyalists of the three. Gansler and Mizeur have since endorsed Brown but have done little else to advance the cause.

But even more telling was the low voter turnout at barely 20 percent. And in the two counties where Brown should have displayed a muscular presence—Montgomery and Prince George’s—the voter turnout failed to crack 18 percent.

Brown’s heralded employ of the Obama formula and personnel of politics-by-algorithm—the search for and assembly of common denominators or, in politics, like-minded voters—failed to connect the dots as well as the Democrats. Its primary election production was dismal (unless it was deliberate, as in the old days, when it was an article of faith that low voter turnout benefited the organization candidate, which Brown assuredly is).

Even more to the point, in 2002, Robert L. Ehrlich Jr. accurately sensed Townsend’s vulnerability and abandoned a safe Congressional seat to become the first Republican governor since Spiro T. Agnew in 1967. Many Democrats who were wary of Townsend, including former Gov. Marvin Mandel, openly supported Ehrlich, a former member of the House of Delegates who was popular at the time with members of both parties.

Hogan, similarly, has methodically prepared for this campaign against Brown through the controversial “Change Maryland,” a free-standing bipartisan organization of 75,000 that was eventually subsumed by his campaign. The method of exchange has been challenged by both Republicans and Democrats but ruled acceptable by the State Board of Elections.

The flashpoint of Hogan’s campaign against Brown is the number of taxes, tolls and fees that Gov. Martin O’Malley, and indirectly Brown, has raised during his (their) two terms in office. But Hogan must tread lightly. O’Malley employed the same tactic against Ehrlich, Hogan’s former boss, who also raised tolls, taxes and fees by about $3 billion during a single term as governor.

Smart Republicans learned long ago that in Maryland the best way to beat a Democrat is to act like one. Hogan must walk a very fine line, careful not to offend Republicans by sounding too much like a Democrat and cautious not to alienate Democrats by threatening their cherished social programs.

For in a remarkable reversal, the Republican battle cry of “God, guns and gays” has been neutralized and appropriated by Democrats. They now own the social issues. Add to the mix the 660,000 unaffiliated or independent voters who are prohibited from participating in Maryland primaries but who are untethered for the general election.

Eventually Hogan will have to give an accounting of how he’ll replace the revenue the state will lose through the tax cuts he proposes. Already he’s advocated repealing income taxes on pensions that veterans and law enforcement officials collect.

Adding to that cautionary note, Hogan risks being viewed as a proxy for Ehrlich for whom he worked as appointments (patronage) secretary and button-man when it came to filling state jobs. For his role, Ehrlich, apparently sensitive to the appearance of a restoration candidacy, has avoided close contact with the Hogan campaign.

All of which highlights the issue of unpopularity. O’Malley, like Townsend’s patron, Gov. Parris Glendening, prepares to leave office after eight controversial years but in a different, but nonetheless cumulative degree of ill will that also besmirches other officials by the stain of association.

Glendening earned the distinctive rank of finishing eight years as the least popular governor in America and so, in a way, foredoomed Townsend by extension with his particular brand of contagion. O’Malley, renowned for his sanctimony and arrogance, earned his chevrons as an over-achiever.

To the delight of some and the chagrin of many, O’Malley won passage of strict new gun controls, gay marriage, repeal of the death penalty and, yes, many new taxes. As O’Malley considers running for president, Brown inherits the widespread sentiment that enough is enough, even, perhaps, too much.

On his own, Brown was given two major assignments during his nearly eight years as O’Malley’s understudy—establishing Maryland’s health care exchanges and preparing Maryland for the military base realignment program (BRAC). He botched both.

But even more telling is the singular lack of energy and enthusiasm that the electorate has demonstrated in this midterm campaign, both here in Maryland and at the national level. Neither Democrats nor Republicans have been able to nationalize the election with a convincing trickle-down story line.

Brown has yet to advance a compelling reason for his election, though it is early in the general election season. His trite slogan, “A Better Maryland for More Marylanders” resembles the “New and Improved” on most consumer products: it means nothing. And, like Townsend, the more Brown talks the more he undercuts his cause.

In the end, Democrats know in their hearts that there is fall-back comfort zone in the State House. No matter who wins, Democrat, Republican or libertarian, the men in charge, to one degree or another, will be those veteran happy warriors, Democratic Senate President Thomas V. Mike Miller (Calvert) and House Speaker Michael Busch (Anne Arundel). The weaker the governor the stronger they are.