Lines in the Sand

Arizona's go-it-alone approach to immigration isn't going to help anything. And? 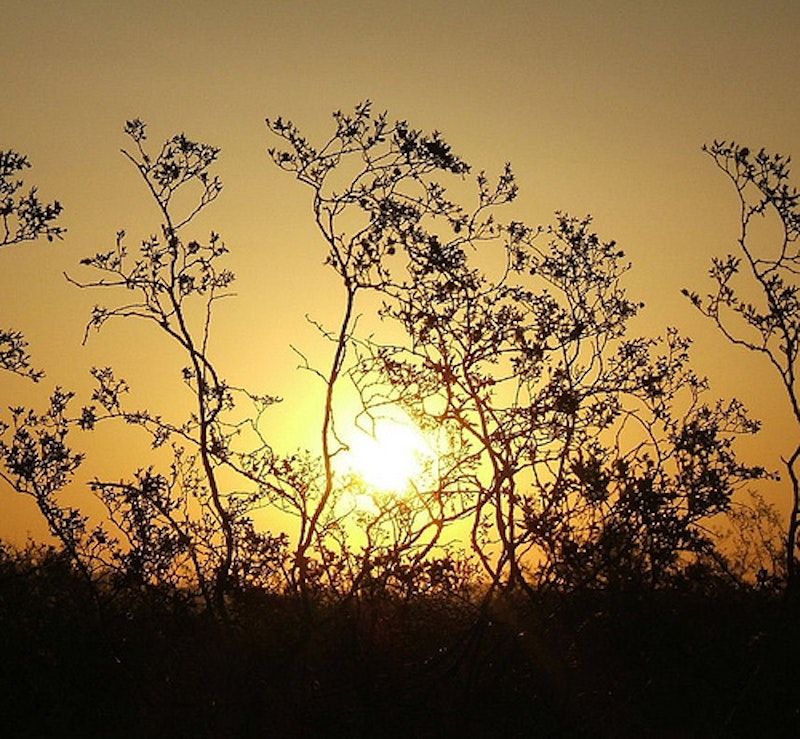 You’d think immigration reform would be an easy sell with all of its benefits and advantages. Business wants it as a source of cheap labor. Organized labor sees such a law as a plentiful pool of new union members. And both political parties are drooling over the prospect of registering new voters. But nothing that makes sense is ever easy. Everybody, it seems, wants immigration reform except the American people.

Americans are angry not so much over the presence of others, legal or illegal, being in this country. After all, every American came from some place else. What they are ticked off about, however, is the thought of having to pick up the tab for schooling, health care and all of the other benefits the country offers for millions of people they believe are under the scope and not paying their own way. Yet without some mechanism for bringing illegal immigrants into the system, America will simply allow the creation of another underclass of welfare clients which it complains about in the first place.

The last time around, back in the summer of 2007, immigration reform appeared to be a done deal. It had the support of the Bush Administration as well as a sizeable bloc in Congress until the noisemakers’ revolt occurred on talk radio and the U.S. Senate switchboard went on overload. Essentially, the bill died of its own weight, 761 pages and facing a blizzard of 26 sanitized amendments that were inherently stupid and contradictory and doomed to failure.

This time the flashpoint is Arizona, which may have had the unintended consequence of forcing the federal government to take unilateral action on the issue. Initially, the U.S. Senate was prepared to consider legislation until they were blindsided by President Obama who said he was not ready for another shoot-out with Congress so soon after the health care battle. But he’s apparently having second thoughts and said recently that the issue might as well be settled this year. The Department of Justice is reviewing the constitutionality of the Arizona law.

In Maryland, Republican Del. Patrick L. McDonough, of Baltimore County, has announced that he’ll introduce the new Arizona law, word for word, with a requirement that every Maryland legislator must state his or her position on the proposal. Lots of luck with that one. This would be about the 11th time McDonough has introduced anti-immigration legislation. The Arizona law requires police to stop anyone they believe might be in the state illegally and demand to see their documentation. Arizona police generally oppose the law because citizens can sue if they suspect the police aren’t doing an adequate job of stop-and-ask. The Arizona law has been criticized as racial profiling. The Arizona law, for good or ill, is one huge redundancy. It states that it is illegal to be in the state illegally.

The bill being prepared in the U.S. Senate is strong on border defense with the ever-present fencing, electronic detection gizmos and an additional 20,000 federal agents. It would also require that every American be issued a tamper-proof Social Security card with an encrypted fingerprint that can be instantly checked in a national database.

The push by advocates for immigration reform is, however, the same as before: A legal pathway to citizenship through a series of fines and penalties and a waiting period as the price of permanent entry into the Promised Land. And by the way, don’t forget the fence. It’s a folly and it’s downright un-American. If the ministers of influence really want to seal the border, stick with radar, sonar, satellites, camera monitors, ground sensors and infra-red night goggles. There are probably more surveillance cameras in West Baltimore monitoring American citizens than there are on the Mexican boarder tracking the movements of illegal immigrants. It is estimated that the average American is photographed 400 times a day—in banks, supermarkets or 7-11s, at gas stations, on the streets, wherever people congregate and wherever there’s a cash register.

Immigration is, without a doubt, the most searing issue of the era, one that has aroused the American people like no other, including the wars in Iraq and Afghanistan, because it affects them directly; in their wallets, their neighborhoods, their workplaces and in their children’s schools. Most jarring of all is the xenophobic threat of a bi-lingual nation and the famously annoying telephone greeting: "For English, press one; para espanol, oprima numero dos."

In Northern Virginia, local governments are attempting to enforce housing codes that are supposed to protect the integrity of neighborhoods by preventing as many as two dozen illegal immigrants from living in a single family dwelling. In Maryland, as elsewhere, there is concern about the formation of gangs of illegal immigrants, especially the vicious MS-13 gangs of El Salvadorians. Gov. Marvin O’Malley (D) recently signed into law anti-gang legislation that was adopted by the 2010 General Assembly. And Maryland was one of eight states that granted driver’s licenses to anyone, i.e., illegal immigrants, until the state came into compliance with federal law.

There are an estimated 13 million and counting—who really knows how many?—illegal immigrants living a kind of netherland existence in the United States, mostly over-the-fencers from Mexico and Central America. Mexicans are attempting to escape a corrupt government and deadly drug wars in their own country and the Mexican government is encouraging the flight to ease their own financial burdens. More than 10 percent of Mexico’s entire population now lives in the United States, and an estimated $40 billion a year is sent from America back to Mexico, a major prop of that country’s economy. Social Security recipients who return to Mexico receive their monthly stipends in that country as well.

Another estimated $10 billion a year finds its way from the U.S. to Central American countries such as Guatemala and El Salvador. This is all American currency that is earned here but not re-circulated in the U.S. economy. Much of it is probably earned in the underground day labor market and untaxed, or taxed and the withholdings wind up unpaid and in the employers’ pockets instead of the government treasury.

America’s businesses estimate that they need 400,000 to 500,000 immigrant workers every year just to keep the economy functioning—our lettuce, fruit and freshly-mowed lawns. On Maryland’s Eastern Shore, for example, most of the crab pickers are legal immigrants from Mexico who’re here temporarily under the guest worker program and return to their homes at the end of the season. Illegal immigration is the price we pay for refusing to do our own dirty work.

There is very little disagreement that Arizona has a serious problem. But, then, so do Texas and California, also border states with Mexico. But many states are furious at Arizona, hence the boycott, because if their new law sticks, it will simply drive illegal immigrants to find haven in other more accommodating and less intrusive states.

So the larger question is this: Without federal action, what is the antidote to the problem of illegal immigrants? A survey by The Washington Post not long ago indicated that more than 1,000 bills dealing with illegal immigrants were pending in legislatures, state and local, across the country. Many laws that had been enacted have been rebuffed by the courts.

Two things are clear: (1) The piecemeal state-by-state approach will not work; it will only create a two-tier system of undesirable and desirable states and thus more concentrated magnets for illegal immigrants; and (2) it’s impossible to round up 13 million (or more) people and deport them on red-eye flights to their native countries. So what do we do now?