Life In The United States Of Grievances

Both political parties are contributing to the constant, exhausting whining. 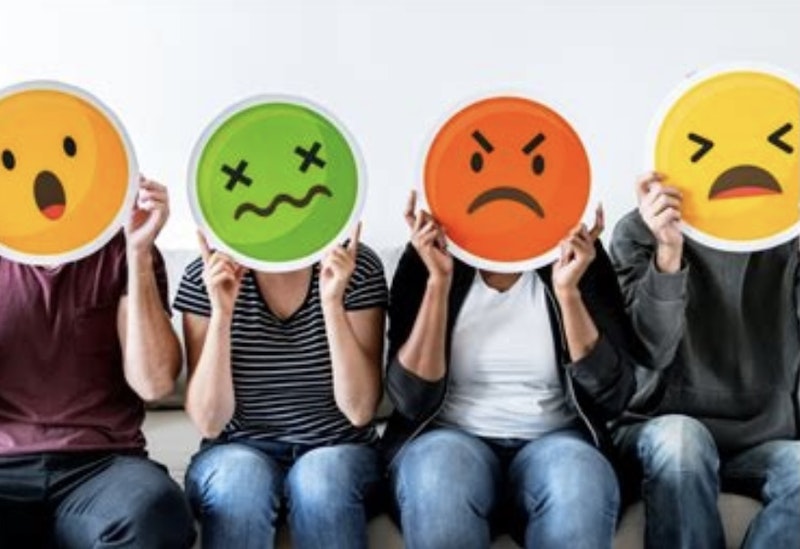 I read a recent article in MotherJones about how the GOP's become the grievance party for white people. It contained some interesting information, especially the fact that a Pew poll revealed that only 17 percent of Republicans thought there was "a lot" of discrimination against black people, while 26 percent of them thought there was "a lot" of discrimination towards white people. This indicates that the Republican Party has become a grievance party, but I couldn't help imagining a typical progressive Mother Jones reader buying into the piece's unspoken premise that the Democratic Party is not a grievance party. In fact, neither party sees itself as a grievance party, but both are.

Opportunistic politicians on both sides are busy exploiting the millions of gripe-loving Americans. Ted Cruz has a problem with the events of January 6, but it's not GOP-incited violence; it's about the resulting increased security in the Capitol area. That's the real problem. "Cancun Ted" mocked perhaps his closest equivalent on the Left, House member Alexandra Ocasio-Cortez, for exaggerating the danger she'd claimed to have been in from the storming of the Capitol.

Nobody can say what was in AOC's mind that day. It's possible she'd embellish to give a boost to her specialty—grievance peddling. Legislating certainly isn't her forte. The congresswoman from New York has introduced plenty of bills, but has had little success at getting them through committee. Ilhan Omar and Rashida Tlaib, her fellow "Squad" members, are better at that, but AOC excels outside the lawmaking process where she can rely on her rhetoric of complaint to "accomplish" such things as declaring victory when Amazon cancelled its plan to build a second headquarters in New York City, which would have created 25,000 jobs—just not jobs she approves of. Those who lost out on one of those jobs and struggled through the pandemic are considered collateral damage in the grievance wars.

The Democrats, having embraced the divisive "critical race theory" (CRT) with a religious fervor, find most of their grievances with white people. Their obsession with "white privilege," "whiteness," "white fragility," "Anti-blackness," "Anti-racism," all concepts steeped in negativity, is part of their grievance fixation that's produced the progressive version of race-baiting. Griping is profitable for progressive activist Sara Rao, who charges guilty suburban white women $2500 so they can cook dinner for her and then listen to her tell them what racists they are. Here's one of Rao's recent tweets: "If you are white and your Black and brown friends are not regularly challenging your whiteness, chances are they don't trust you and are absolutely talking about your whiteness." But the GOP's the only grievance party?

In one word, the progressive grievance is "whiteness," a condition that, by definition, can't be overcome. This provides the perfect business environment for hustlers like Rao who've learned how to exploit white guilt for profit and free meals.

The progressives' shift in priorities from class to race has produced a curious turnaround. They used to be the "fight the power," anti-corporate party, but now that they've strong-armed corporations into including critical race theory ideas into their training programs, and now that corporations often go after their ideological opponents, progressives do more cozying up to the once-reviled capitalist power structure, while it's Fox News that's railing against them.

Workplace diversity training, which is mostly grievance-based, is heavily influenced by the teachings of Robin DiAngelo, the author of White Fragility, who preaches that almost all whites are racists, and that denying you're a racist means you're a racist. DiAngelo, who commands up to $75,000 for a speaking fee (plus expenses) instructs white people in these sessions not to defend themselves from accusations of racism, even if they're based on false premises. Black people can cry during training, but white women are to leave the room when tears approach, lest it make black people think of all the lynchings that began as a result of white women's tears.

But quibbling with grievance entrepreneurs isn't allowed. When a tenured community college professor at Lake Washington Institute of Technology briefly interrupted a white fragility training session last year to voice reservations, the school suspended her from teaching and spent nine months "investigating" her.

The latest high-profile Democratic grievance revolves around Major League Baseball's decision to move its All-Star game this season from Atlanta to punish Georgia for changing its election laws, although in reality it will only punish selected individuals and entities that had nothing to do with the law. The proponents of this Biden-endorsed boycott have given no thought to how this cancellation dashes the hopes of Atlanta's hospitality industry (and its hourly workers) that's been hurt during the pandemic, or all of the black-owned small businesses that will also lose out on paydays. Any white progressive supporting MLB's action could legitimately be accused of—to use one of their own words—"anti-blackness." As for the black people supporting the move, you can be sure none of them will lose even a dollar now that the All-Star game's being moved.

Apparently the burden's on selected pro sporting events to carry the torch on the election law issue, because progressive grievance hawkers are calling for the PGA Tour and Masters Tournament to pull the upcoming event from Augusta National Golf Club (the tournament's inseparable from their golf course), while, for some reason, Hollywood studios aren't expected to discontinue filming TV and movies in Georgia, and other college and pro sporting events aren't targeted. As for the Masters, it's run by a private golf club, and that club isn't going to cancel it just because of a law that the Democrats don't like. If the PGA caved to pressure and decertified the tournament, the Augusta National Golf Club would hold it anyway, and all the top players would show up. Outraged activists usually prefer the kneejerk reaction to thinking things through.

We now live in the United States of Grievances.