How to fix this problem? By going back to work. All of us. 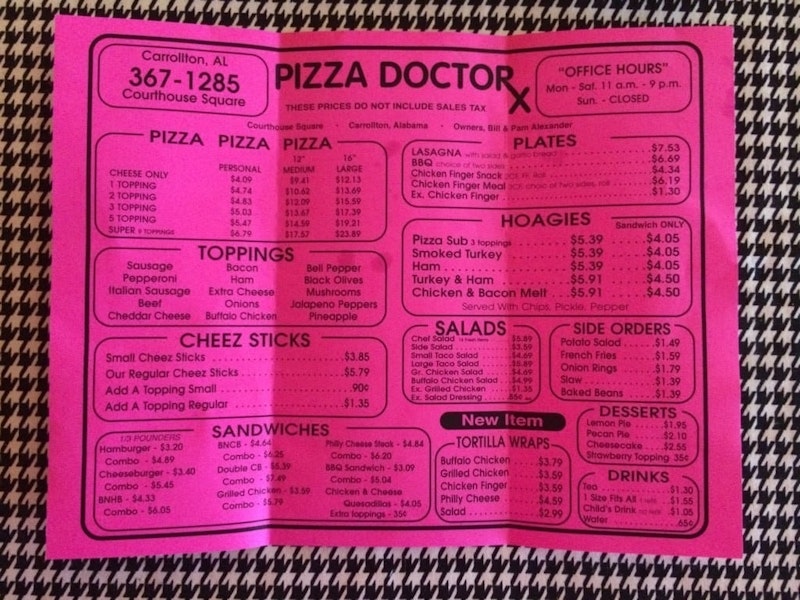 The government is harming the small business sector with the COVID relief bills. While programs and loans have been offered in the last year to help small business owners make payroll, pay bills, and order new inventory, employees have also been getting money. These include employees that haven’t experienced economic hardship through illness and or job loss. Unfortunately, some employees are now quitting their jobs, leaving employers in a bind.

Last month, after the passage of President Biden’s relief package, a longtime restaurant in Tupelo, Mississippi known as “Pizza Doctor” posted a message on its Facebook page notifying customers of its closing. “We are sorry to close our doors,” said Pizza Doctor. “After the last round of stimulus checks, no employees showed up the next morning. We are trying to rebuild our team and hope to open next week.” Pizza Doctor has since reopened, but it’s anyone’s guess as to how long this will last. Meanwhile, it’s not just a restaurant in a small town in the Deep South. FOX5 New York reported last week that restaurants in New York are struggling to find staff. One example is Pakerna, a Slovenian restaurant on the Upper East Side that reopened in December only to close a few weeks later. According to FOX5 New York, the owner has never been able to establish a solid workforce and he’s afraid he never will. “I found out it was basically they could receive money without having to work,” said the owner.

A similar situation began in March 2020 when Congress and President Trump passed the Coronavirus Aid, Relief, and Economic Security (CARES) Act. At the time, there was a lot of debate over the legislation including an extra $600 per week unemployment bonus on top of the existing benefits. Republicans and conservatives were vocal about this on television and radio news programs. So were center-right think tanks such as The Heritage Foundation and Foundation for Government Accountability (FGA). They all said the money was going to keep people from going back to work. The critics were correct.

Ken Ragland, chief operating officer for suit maker Hart Schaffner & Marx, furloughed nearly 250 employees from their factory last year in Des Plaines, Illinois. One month later, the company called the workers back to help produce facemasks. Seventy-five percent of the factory workers, paid an average $15 an hour, expressed concerns about letting go of the extra money they were making on unemployment.

Catherine Crews, owner of Canine Crews in Chicago, experienced a similar problem. “The majority of my employees are making more money than they’ve ever made by not working right now,” said Crews in a Foundation for Government Accountability report. “I am not going to create a hostile work environment by forcing them to come back.” Crews was paying workers $14 to $17 an hour.

How to fix this problem? By going back to work. All of us. It doesn’t have to be forever, and it may be for a small business owner that you can’t stand, but this nation will not stand if we don’t have small businesses. They’re the backbone of our economy, whether it’s a restaurant, clothing store, dog groomer, etc. Small business owners offer goods and services that other businesses depend on for business. Towns and cities depend on small businesses for revenue. If the small businesses go, so goes the nation. And if our government keeps handing out “free” money, we’ll eventually collapse under unsustainable debt. We can all solve this by getting jobs, going back to a job, and stop voting in people whose answer to every problem is “Just send them money.” There’s a reason the federal government has a Small Business Administration. It’s time for those in the White House and Congress to sit down with the SBA and mom-and-pop businesses to figure out what they need and how citizens can assist.

I understand that COVID remains a concern, but business owners see the importance of a clean, sterile environment for customers and workers. They’ve taken steps and spent money over the last 12 months to install barriers and tech to keep germs from being spread. Let’s suck it up and work together so that our country will prosper.