Let the Sunshine In 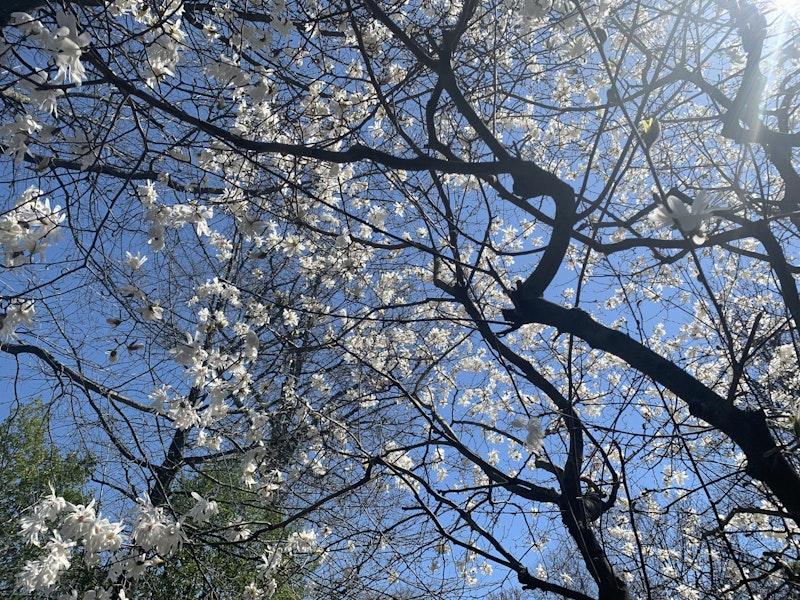 Unlike the disingenuous attention-seekers who repeatedly describe Twitter as a “hellscape,” or similar unoriginal slur—you’d think they’d take a powder after such a proclamation, especially the tiny percentage who’ve read James Joyce’s blistering description of hell in A Portrait of the Artist as a Young Man—I like the site, aside from its arbitrary policy of blocking, suspending and banning certain accounts. As I’ve noted before, Twitter for many, including myself, is the aggregator/portal that was once held by The Drudge Report and Real Clear Politics. (I read The Wall Street Journal in its print edition every morning, but not The New York Times, to which I subscribe. Although I occasionally read Times columnists online; Maureen Dowd last Sunday had a pip, another mash note to Joe Biden, who apparently has “evolved” once more, the next time I suspect he’ll be a clone of Gen. Fauci.)

Early in the day, I log onto Twitter and, in superstition/mild OCD mode, scroll down (waylaid on occasion by a story, but not often at 6:30) until I reach a certain lady’s scheduled post—I think it has something do with astrology, but I picked her years ago because she’s a Red Sox fan and, judging by her other jottings, a very decent person, although one can never be sure—and then I can begin the portion of my day dedicated to social media, which for me means Twitter and to a far lesser extent, Facebook. It’s a harmless tic.

I’ve long predicted that if Donald Trump lost the 2020 election—I didn't vote for either him or Masked Man Biden—not only would major media organizations like the Times, Washington Post, cable TV stations, never mind relatively minor players like the propaganda-laden Talking Points Memo or the milk-carton The Nation, would lose audience share once Trump accepted his loss and slithered to parts unknown. That includes Twitter: last fall, if I arose at a later hour, say 7:30, it took me forever to reach my social media talisman, and put me in an uncomfortable hurry, waiting for it to show up. Today, no rush, since, at least anecdotally—my anecdotes, thanks—Twitter usage is down like its competitors.

All of which means layoffs are on the horizon—the witching first day of the second quarter is when, I suspect, the carnage (now that Trump’s mostly quiet, that word can be used again, although I’m afraid “sad” and “clown” have a ways to go before restoration) begins in earnest, although the small-potatoes New Republic got a jumpstart, hiring a new editor, de facto DNC spokesman Michael Tomasky, who’s disrupting The Team! and moving offices back to D.C. from New York, complete with the magazine’s union up in arms. How many white, over-40 non-content provider employees of The New York Times will bite the dust? And no one can figure out Jeff Bezos, but Jumpin’ Jiminy, his Washington Post staff could be reduced by 70 percent and no one would notice.

(Before it slips my mind: one of the reasons Facebook is much more irritating than Twitter is—I don’t think it’s my imagination—as I’ve said before, it resembles that Lonely Hearts Club of decades past; I’m thinking the I Love Lucy episode, not the maligned Beatles record. For example, all the updates, and worse, pictures, of people announcing that they’ve received their first or second COVID vaccination are immediately validated with enthusiastic “Congratulations!” as if person in question (who no doubt highlights a picture of him, her or they with an “I voted!” sticker on Election Day) had single-handedly taken out Josh Hawley. Really. It not only makes sense to untangle the red tape of procuring a vaccination (depending upon where you live) but also necessary, since in coming months citizens will have to produce evidence of encounters with Pfizer, Moderna, or J&J to board an airplane, hop on a boat or train, enter a museum, go to a movie theater or pick berries at a farmer’s market. Everything, that is, except for voting.)

I don’t subscribe to any Substack accounts—and don’t exactly comprehend, or, more specifically, care to comprehend the current social media controversy between the Substack have and have-nots—mostly because my pockets have been picked too often. I’m going to pay to read Andrew Sullivan? Get thee to a nunnery, Mr. San Diego! However, a lot of the Substack material is free, and I read last weekend a smart article by Matt Taibbi—now late of Rolling Stone, after he demolished the banking industry and, along with Sean Penn helped (and smiled for the camera!) out the stricken during the Katrina hurricane and floods in 2005. And to be fair, even if celebrities like Sean and Matt didn’t spend months in New Orleans, whatever they accomplished was 100 times more than George W. Bush, who, inexplicably for a savvy politician, effectively ended his presidency by not handing out necessities, Laura by his side, in New Orleans.

Anyway, Taibbi—who’s looked upon with some suspicion by the left-wing today for deviating from their script and writing honestly; his prose has turned from purple to gray, and is better off for it—examined the plummeting ratings of cable stations, especially CNN, and has no good news for people in that industry. He accurately summarizes the problems of this rancid branch of the media: “Moreover, the Democratic Party’s response to Trump—which involved multiple efforts to remove him, premised on the idea that every day he spent in the Oval Office was an existential threat to humanity—allowed stations to turn every day of the Trump years into a baby-down-the-well story (the baby was democracy)… Add the partisan rooting angle, and you had ratings gold. Imagine three or four dozen Super Bowls a year, each one played in the middle of a category 5 hurricane, and you come close to grasping the magnitude of the gift that Donald Trump was to MSNBC, Fox, and CNN.”

One more note: the baseball season begins today, and while I’m not optimistic about the Red Sox reaching the playoffs—87 wins is probably the ceiling—at least we have 162 games and the rhythm of summer may commence.