Woke and hungry for power. 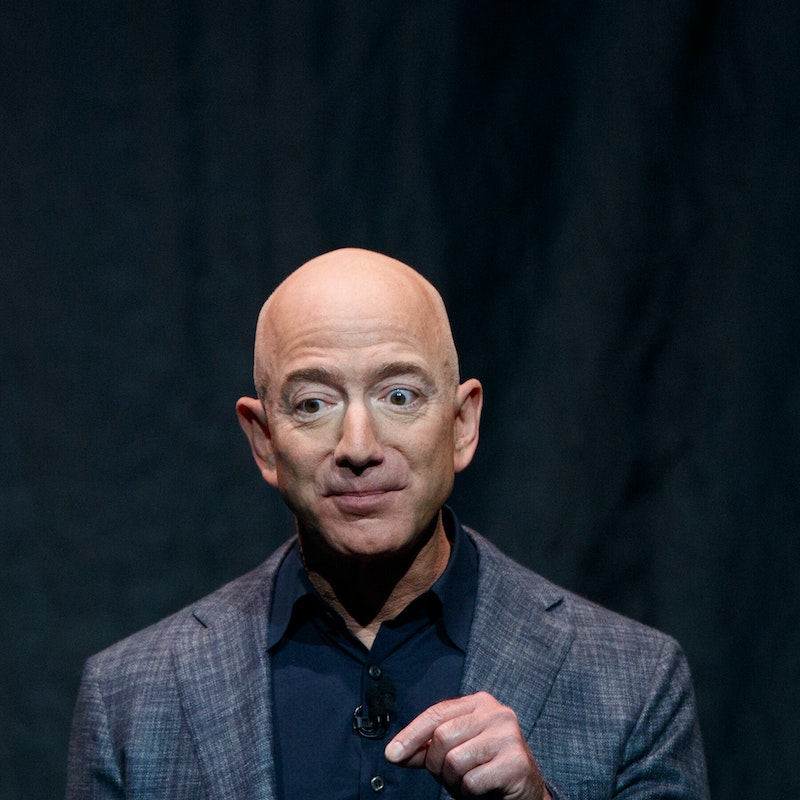 You’ll always need some way to settle disputes, so it was troubling to see some people on Twitter taking their reactions to the Chauvin trial all the way to 11 and arguing that we shouldn’t “waste time” on trials. An entirely street-fighting-based system, then?

Similarly, for all the criticisms one might have of Amazon or Jeff Bezos, it’s alarming to see Sen. Elizabeth Warren, recently critical of Amazon’s resistance to unions, lay her cards on the table and say that she doesn’t think Big Tech companies should have the power to “heckle senators with snotty tweets.” So, it’s not just some mild anti-trust regulation she imagines when she fantasizes about humbling these companies. They’re not even supposed to retain the most basic First Amendment right, which is the ability to criticize the government, by the time she’s done with them. Frightening.

Yet people who (understandably) criticize the police, and senators who express solidarity with workers, are not usually the ones labeled “fanatics” and watched closely by non-profit “monitors of hate” today. The left-liberal consensus is generally on their side, so their outbursts and obvious mania for unfettered power aren’t treated as dangerous—even though they might well end up having a far greater political impact and hurting far more people than the latest right-wing protestor waving a flag and wearing bison horns.

I wouldn’t be shocked, though, to hear Sen. Warren claim that the bison horns guy offended her as a Native-American with his appropriation of indigenous imagery, even though I almost certainly have more Native-American DNA than Warren does and I look like I’m from Finland. Warren’s a demagogue and chronic liar, and demagogues tend to be opportunists, making whatever claim is closest to hand to use as a weapon—asking CEOs in financial hearings questions she almost certainly knows to be nonsensical, for instance.

Tribal warfare comes naturally to demagogues, and their opportunities to point at grievances multiply exponentially if they can claim, in an “intersectional” fashion, to belong to or “represent” several different or overlapping constituencies/tribes simultaneously and in a purportedly morally-significant way: labor unions one day, Ivy League professors the next, marginalized people of color the day after that, then women, and so on. If their honest goal is peace, swell, but if it’s fomenting conflict to attract attention to themselves, populists of this sort are an ever-shifting kaleidoscope of trouble.

To me, she looks like a chameleon crawling around on a very high political peak, but I’m sure that if the opportunity arises, Warren will be happy to present herself as something more akin to the title character of the novel Ramona. The left is leaning hard into revisionist history lately and eager to convince you that the past was populated mostly by Klanspeople until just a few years ago, the callous public oblivious to “intersectional” ways that innocents can be torn between clashing tribes or constituencies.

Yet in one of the most popular American novels of the 1880s, a part-Native-American girl named Ramona found herself the target of racial bigotry from both white U.S. citizens and from Mexicans, who had taken her in as family but never fully accepted her, even as the Mexicans were themselves mistreated in the Southwest after it was absorbed by the U.S. after its war with Mexico (the border really did cross them before they started crossing the border, as any conservative pretending to care about history should acknowledge).

Left-leaning people like Warren can play the victim but obviously now covet that lost-between-tribes moral status: the heroic hybrid, the emissary of otherness, the gray-area possessor of perspective. If they can continually pretend that such cases are a new thing—that no one thought of these tragic-in-between cases until reading some recent Y.A. novels about mixed-race teens—and that American-style individual rights and individual-rights-based laws are incapable of dealing with them, they appear to raise themselves up above the clashing tribes and constituencies, whence they can dispense justice and solutions to the rest of us.

But it shouldn’t be a shock if, once they’ve achieved the status of moral authority, the first thing to cross the minds of senators such as Warren is that their own power and perks should be protected. Ethnic harmony may be a long way off, but they have countless regulations with which to punish tech companies that tweet at them too nastily, and the fact that they can do so without ever explicitly putting limits on the First Amendment only makes the potential reprisals more unsettling.

Meanwhile, I see local New York City authorities sought out a woman who unleashed an alarming and arguably threatening racist, anti-Asian rant against a cab driver here—and lo and behold, it turned out to be Maura Moynihan, daughter of the late Democratic senator Daniel Patrick Moynihan. If I were an irresponsible, intersectionally-analytical leftist, or part of the recent crop of ethnocentric far-right activists, I suppose I could make some ridiculous, half-baked argument that this was an important episode in the ongoing clash between Irish-Americans and newer immigrant arrivals—or perhaps a legacy of her family’s origins in Oklahoma. Assuming, that is, that I was keen to avoid blaming tolerant and multi-ethnic New York City itself for teaching her these rude ways.

But instead of the endless and irresolvable tribal blame game, how about getting back to praising and blaming individuals for their own actions, which creates tidier laws, usually makes for tidier courtroom resolutions, and keeps the ethical books much clearer? If you must blame some broader class of people for Maura Moynihan’s behavior and arrogance, though, you might start by asking whether she has spent entirely too much time around powerful senators. They pit us against each other—ethnic group against ethnic group, workers against owners, party against party—and now and then, whether on Twitter or during a cab-ride shouting match—they show us how unqualified they really are to play referee, judge, or peacemaker.