Does your religion give you the right to be a dick? 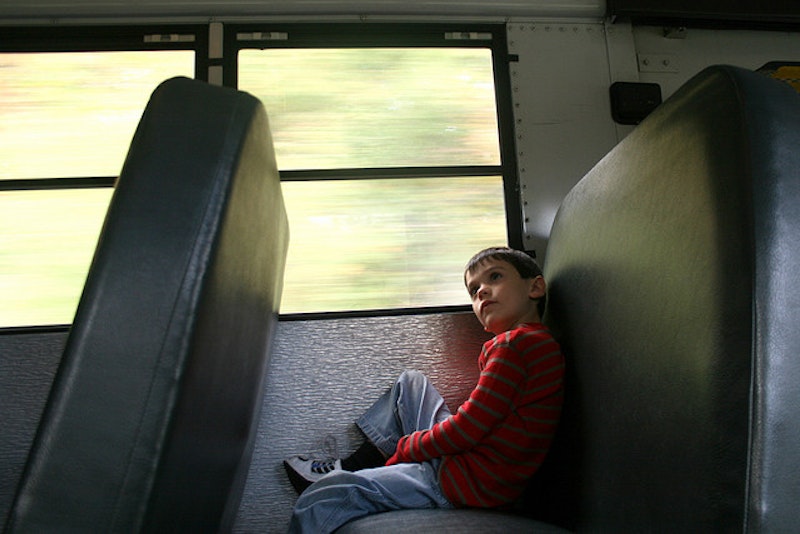 In the fight to obtain equal rights for LGBT people, it often feels like we are taking two steps forward and one step back. For every state that legalizes gay marriage or civil unions, there's one that votes to define marriage as between a man and woman. For every It Gets Better Project, there's some douchey school board member wishing on his Facebook page that more gay kids would commit suicide.

The pattern repeated itself this week in Kentucky, when a bill to ban the bullying of gay students was first overwhelmingly approved in committee and then stalled in the State House of Representatives. House Bill 370 has been stymied by lawmakers who want to add amendments that protect the free speech of students who believe homosexuality is a sin.

Republican Rep. Mike Harmon's amendment states that a school's code of conduct “shall not prohibit any student from expressing their personal religious beliefs as long as that expression does not include physically harming a student or damaging a student’s property.” So, apparently, verbal bullying of LBGT students is fine. Harmon says he is afraid that children who oppose homosexuality because of their faith will become target of bullying if their right to pass judgment on others is not protected.

I suppose it will be okay for those same kids to tell their female teachers that they will not recognize their authority because 1 Timothy says women are not permitted to teach? And I suppose those kids can walk into the cafeteria and call the staff heathens and servants of the devil for serving shellfish, which are an abomination unto God? Or maybe Harmon would like them to inform their classmates of other religions that they are going to rot in hell for all eternity?

We all know these things won’t happen, not because there aren't people silly enough to believe such things, but because society won’t permit it. It’s no longer acceptable to attack people for things like their sex or religion, no matter what you may privately think. Unfortunately, society as a whole hasn't yet extended that same acceptance and protection to sexual orientation and gender identity, which is why we need laws like this bill to ensure, if not fair treatment, then at least protection from harm.

If religious kids want to oppose homosexuality, they should try to refrain from rubbing their naughty bits up against similar naughty bits. It's not any of their business what their peers do with theirs. Their religious beliefs do not give them the right to emotionally abuse people struggling with their sexual identities. Nor do they give them any moral authority with which to belittle and torment their peers. The language of Harmon's amendment, though couched in terms of free speech, would seem to suggest otherwise, putting an already at-risk population up for more abuse, all the more stinging since it would come with consent and blessing of authority.