USA as always, I persuade you. 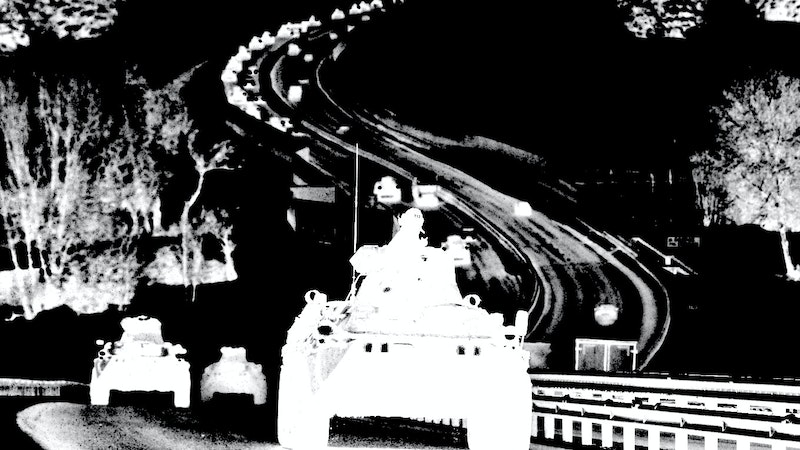 A military and defense apparatus as large as America’s needs a war to maintain itself. We cannot be at peace for long. God forbid Blackhawk helicopters and Marines would be used in a real emergency—like the pandemic—instead of another manufactured conflict put into place without the consent or consultation of citizens. As the pandemic reaches another low ebb, Donald Trump is gone, and Joe Biden can’t stay up past four p.m. Kamala Harris hangs behind much like Mike Pence, though not by choice—telling Guatemalans refugees point blank “Don’t come. Don’t come,” along with a dozen other typical gaffes, she’s waiting for the day when Biden blows his final fuse. Probably sometime around the summer, or early fall; whatever works best for the midterms.

But now, the lumbering empire must roar (or wheeze). Russia’s Foreign Ministry Spokeswoman Maria Zakharova issued a statement the other day: “The White House's hysteria is more revealing than ever. The Anglo-Saxons need a war. At all cost. The provocations, disinformation and the threats are their favourite method for resolving their own problems.” It’s amazing that the Biden administration has gone out of its way to pick another fight and start another war and repeat the same disastrous pattern we’ve been following this century so far. People are tuned out of this, even accounting for the pandemic—without a volunteer war, and so many pleasurable distractions and individual pursuits, the public will never be motivated or informed enough to have any effect on the Pentagon’s insane decision-making.

Without Trump, and the well of January 6, 2021 running dry, news organizations across the political spectrum are running with human interest stories and battle stations reports about an imminent invasion. Without any inciting incident or assault on America, the media must pick an issue for people. Now it’s anti-Semitism, and how the situation in Ukraine is somehow related to white nationalists and micro aggressions over here. CNN’s still going on about Trump, most recently a report of him flushing classified documents down a toilet (or trying to). Anybody with CNN has Turner Classic Movies too, and they’d be better off watching the latter. Any catastrophe in Russia or Ukraine will be the government’s fault, because we’ve been left out of the family question.

Flirting with disaster, with enough luck Biden will blow it and move on to the next thing, maybe here at home, to get people excited about the midterms. In a very funny turn, it looks like Democrats will be going “mask off” by the spring, removing most if not all coronavirus restrictions as the next variant proves to be even less virulent than Omicron. Even if not, and there are further surges in the summer, the Democrats will be the ones that move people back into “normal life,” and all those who proudly voted for Biden and sincerely get angry about “Let’s Go Brandon” are going to have to swallow their pride—or not—and say nothing. They’ll continue to do whatever they want to do in public, and that’s fine. But if the U.S. wants another war, it has to open up at home, just so everyone will be happy.