The word "healing" has come up a lot lately. Who thinks Biden is going to heal anything? 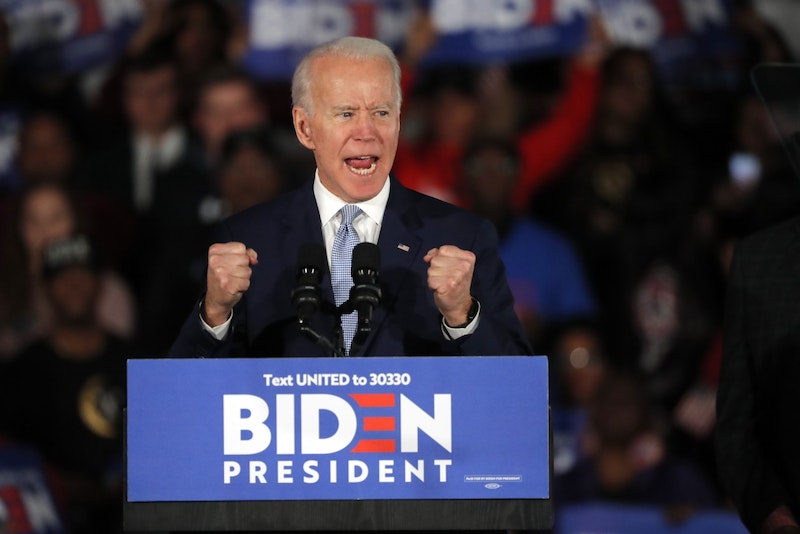 Since Joe Biden was declared president-elect, the word “healing” keeps coming up, as does the idea of Biden uniting the country.

In his victory speech, Biden said, “This is the time to heal in America.” And in hers, Kamala Harris said, "You chose Joe Biden as the next president of the United States. And Joe is a healer, a uniter, a tested and steady hand. A person whose own experience of loss gives him a sense of purpose that will help us as a nation reclaim our own sense of purpose.”

But will Biden actually “heal” the country as he, his future vice president, and many media outlets say? Doubtful.

Over 70 million people, myself included, didn’t vote for Biden. We didn’t want another neoliberal corporate Democrat in the White House who’s liberal on social issues. Division existed in the country when Barack Obama was president. It exists under the Trump presidency, and Biden won’t be the man to change it.

Many of us don’t feel broken, so what’s there to heal? There are disagreements in policy, and those become heated, as does rhetoric. That’s politics. Are social conservatives supposed to feel healed when Biden enters the White House and one of the first things he will do is reverse the Mexico City Policy, giving money to abortion providers in foreign countries? How about if he goes through with his plans to repeal the Hyde Amendment, expanding taxpayer-funded abortions and killing a policy that saves 50,000 lives each year?

Critical race theory could make a comeback, and Biden wants to provide a pathway to citizenship for all of the illegal aliens in the country. He also wants to give them free college, government-subsidized healthcare, and drivers’ licenses. So much for caring about the environment.

Biden’s policies look like they’ll raise the cost of healthcare. He voted for the Iraq War, which has some worried he could get us into more conflicts. He’s been funded by Delaware’s banking industry and may have some favors to pay back to them. He might also pack the courts, abolish the Electoral College, create new states, and have millions of illegal immigrants become voters—Democratic voters—creating an early electoral winter for the GOP.

I don’t like most of Biden’s policies. I don’t care for him saying he wants to beat up Trump, or that people who don’t vote for him aren’t black. I didn’t like it when he told black people that Mitt Romney wanted to put them back in chains either. It should be acceptable not to like Biden and not want to unite around his agenda. Surely, a lot of people are happy he won because they don’t like Trump. We see them out celebrating in large crowds in the middle of a pandemic and it’ll probably somehow be Trump’s fault if anyone catches the virus there. However, that doesn’t mean we should pretend that Biden is a hero. Biden didn’t win the election because he was slightly more vocal about his support for occupational licensing reform than Trump, albeit that’s a good policy.

Biden probably won’t be a popular president because many on the right don’t like him, and the left-wing of the Democratic Party might not like how little of their agenda he accomplishes, considering Republicans could control the Senate.