In Defense of Generation Y

The recent presidential campaign upended a number of common misconceptions about the “young voter” demographic. 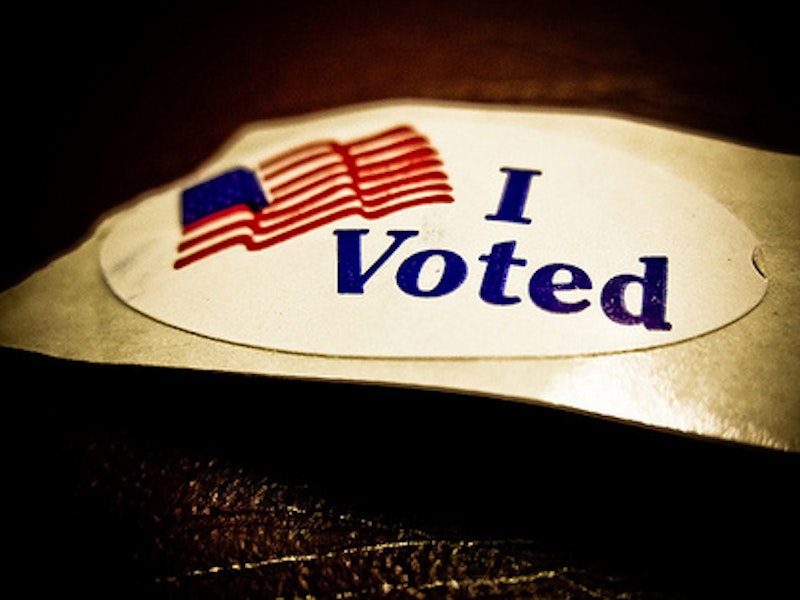 Whether you voted for Barack Obama or not, the footage of the joyous faces and cheering crowds in Chicago’s Grant Park and cities across the globe could not help but evoke a sense of national pride. While his win is of course a symbolic milestone for African-Americans and other minority groups, the election of Obama is a momentous victory for a commonly misunderstood group of approximately 76 million Americans: Generation Y.

Loosely defined as people born between 1980-1995, the “MTV Generation” or the so-called “Trophy Kids,” have faced an onslaught of complaints and negative commentary from older generations since our lives began. As children, they said we were spoiled, coddled, and made lazy by rampant instant gratification. Entering adolescence, they complained of our sarcasm and unbridled cynicism; and when Columbine happened, they surmised that our exposure to video games and movies had rendered us “de-sensitized” to violence and out-of-touch with reality. During the teen years, our Baby Boomer parents—who enjoyed the legal right to drink alcohol at 18 (at least in some states)—were shocked and outraged by statistics indicating a high number of Gen Y members were imbibing underage.

Moreover, the Boomers, themselves witnesses to and participants in the “free love” era, criticized our casual attitude toward the opposite sex, charging Gen Y with promiscuity, immorality, and no sense of romance. When the Boomers’ own George W. Bush and his impossible War on Terror grew increasingly unpopular, incessant whining about the political apathy of Gen Y could be heard from coast to coast as older Americans wondered why the Millennials were not storming on Washington and rioting in the streets. Now, as we enter the workforce as adults, members of Gen Y are being profiled as demanding, difficult to work with, praise-mongering, and "high maintenance." Enough is enough.

Enter President-elect Obama. With polls showing a record voter turnout from the allegedly apathetic 18-24 age group, a demographic which favored Mr. Obama two-one, it’s evident that the Hawaiian-born Barry O was able to rally this cynical, sloth-like group of Americans to not just care about politics, but to support his cause overwhelmingly. The Obama camp achieved this through acute comprehension of the experiences, needs, goals, ideals, and collective consciousness of the Millennial Generation.

For those of us born somewhere on the cusp of the Reagan and George H.W. Bush years, Obama’s message of change is a concept that resonates with us differently and perhaps more profoundly than any other age group in America. As we grew up over the past decade or so, many circumstances have fostered a great skepticism and a widespread feeling of unease, even outrage, amongst us.

Even before the mind-boggling War on Terror wreaked havoc on the American psyche and sense of nationality, Gen Y grew up with big American scandals. Back in junior high when TVs were still box-shaped, we switched on the tube after school and gained a perfunctory albeit dysfunctional education on oral sex as we watched the 42nd U.S. President get impeached. We lived through the highly publicized Enron debacle and watched Martha Stewart, the very embodiment of traditional American homemaker, go to jail for insider trading.

Worst of all, we lived through the most horrendous attack on U.S. soil and with young, fragile and impressionable minds tried to comprehend why. After that tragic day in September, we experienced our lives change forever as the entire world transitioned into a post 9/11 existence. As the complicated War on Terror began, some said Osama bin Laden was dead, some said he was still alive. President Bush told us Iraq had WMDs, many told us it didn’t. With no comprehensible positive outcome and a number of our own friends and classmates dying in the deserts of Iraq and Afghanistan, American authority figures seemed a lot less credible. We felt increasingly bogged down by the sensory overload of bullshit and bad news. What was a lie? What was truth? What was the corporate-owned MSM telling us and what were they not? What, in essence, was our reality? We watched movies like American Psycho and American Beauty and played video games like “Grand Theft Auto” that echoed our discontent with authority and disillusionment with the American status quo. Influenced by anti-establishment cinematic icons like Ferris Bueller, Peter Gibbons, Max Fischer and Chris McCandless, we felt inspired to challenge and reject America as it was.

The Obama camp successfully tapped into Gen Y’s feelings of instability and disillusionment and offered a long overdue message of hope that empathized with our sentiments and worn-out distrust of the current system. They knew large numbers of us traveled and studied abroad and yearned for a new American identity after witnessing firsthand the disregard foreigners of our own generation had for our country. With his signature composure, confidence and consistency, Obama emphasized MLK’s notion of the “fierce urgency of now” and helped Gen Y realize it was ready to leave behind old ideologies and embrace an emergent global consciousness with more innovative solutions to humanity’s current issues.

Equally important to the message itself, the Obama campaign was able to win over such a large number of us stultified, out-of-touch 18-24-year-olds because they understood the importance of the new, revolutionary ways we communicate.  They acknowledged the technological savvy of the first generation to grow up with PCs, the Internet, and cell phones and accordingly, reached out to us aggressively in our very familiar realm of cyberspace. They realized that Gen Y did not suffer from lackluster political interest, but in fact we were constantly talking politics amongst ourselves in new, more sophisticated forums—email, Facebook, text message, blog, vlog, and Skype—that allowed us to reach each other quickly and anywhere on the globe.

Obama’s key aides and consultants realized that these tools and the global interconnectivity of Gen Y would be integral to the success of its grass-roots campaign and accordingly, launched the most successful e-campaign yet seen. In this way, the Obama camp and the Practical Generation, the Innovative Kids, demonstrated that swarming to D.C., ingesting hallucinogenic drugs and burning your bras were not what you needed to do anymore to be part of a large-scale political movement. With his position as president now secured, the pioneering Obama team will continue to utilize the internet as an important global-reaching democratic apparatus, as it plans to deliver “fireside chats” and “State of the World” addresses via webcast.

Amusingly, when the news broke that Obama triumphed in large part due to the “energized youth vote,” critics of Obama and the Gen Y-hating talking heads who complained of our apathy and lethargy just months before, whined that perhaps we had been too “idealistic,” too “hopeful” in electing the less experienced candidate. But look around people—what else is there left for us to be but hopeful? Given the current mushrooming of the American population—i.e. the majority of U.S. citizens will be aging ex-hippy Baby Boomers and the minority will be us—the Millennials are charged with the daunting task of caring for a geriatric population on top of all those other things like reversing the economic crisis, finding a way out of the Middle East, developing renewable energy, and helping the Third World.

As Thomas Friedman points out, “There is a good chance that members of [Generation Y] will spend their entire adult lives digging out from the deficits that we—the ‘Greediest Generation,’ epitomized by George W. Bush—are leaving them.”

In helping to articulate the ideals and goals of Gen Y, Obama has largely helped us to recognize our developing identity and our power to change the tremendous shortcomings of modern American life and the past failures of American policies. To all the unfaithful pessimists of the political punditry who think the idealistic, clever, resourceful, and ever pragmatic Gen Y will not improve America’s various deficiencies, there is only one constructive response and it is quite simple: Yes, we will.