Behavior and change and inertia will end when icons fall. 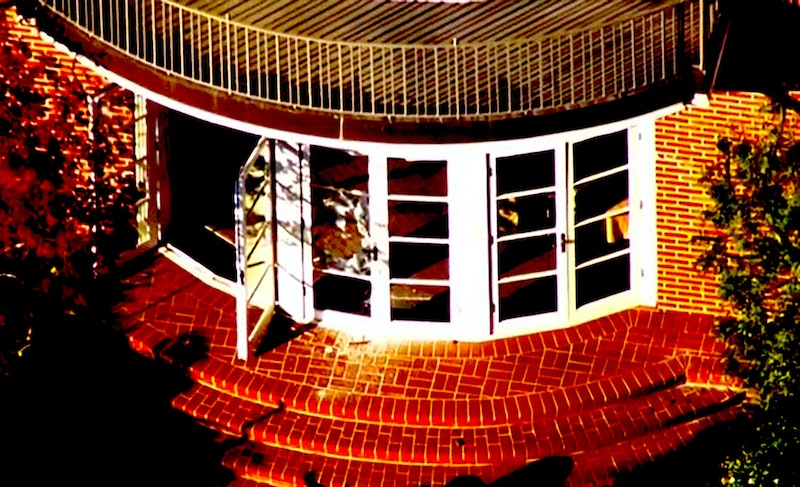 The attempted assassination of Paul Pelosi by the coward David DePape failed, and whether or not DePape was working an inside job, a paid hit, or nourishing an insanity of his very own self, he left Nancy Pelosi’s husband with a skull fracture and crooked arms...in his underwear... with a hammer of his own... anyway... He's certainly no spring chicken at 82, Pelosi is expected to make a full recovery, while DePape, 42, will disappear into maximum security obscurity like all other recent bomb planters and less than expert marksmen. Given how many political assassinations there were in the 1960s and into the 1970s, it’s striking how few there’ve been in the last 40 years. The deaths of Benazir Bhutto, Shinzo Abe, and Kim Jong-nam may have made international news, but no icon of American politics or pop culture has been assassinated since John Lennon on December 8, 1980.

In its report from San Francisco, the AP makes sure to remind us of the context of this attack: “The assailant confronted Paul Pelosi by shouting, ‘Where is Nancy?’… The calling out of her name was a sign that the assault could have targeted the lawmaker, who as speaker is second in line to the presidency. The ambush was a particularly savage reminder of the extremism that has coursed through American politics in recent years, adding to a sense of foreboding with the Nov. 8 election nearly at hand.” Siccing an MK-ULTRA patient on your husband with a hammer just to bolster the midterms is cold-blooded, and maybe beyond Nancy Pelosi, but not an American politician as powerful as her.

But again, this was bound to happen and was still an assassination attempt, not even on the right person. Over a decade ago, I wrote about the fear of seeing then-President Obama shot dead by a sniper live on CNN, and how different the impact of that high definition footage would be compared to the Zapruder film, the Challenger disaster, or even 9/11. Most people haven’t seen other people die violently up close or in HD. The abrupt and violent loss of a person as significant as Nancy Pelosi—or Tucker Carlson, Kamala Harris, Ron DeSantis, Alexandria Ocasio-Cortez, even Sarah Palin—hasn’t occurred in modern American politics or media. Tim Russert didn’t die on air in 2008, but what if he did? What if Larry King, instead of enjoying a few years of retirement, croaked live on CNN and hit the desk dead as a doornail? How are people going to respond when they see real, violent, sudden death on TV.

Images of Hell already exist and probably aren’t that hard to find on the Internet. But I’m not curious for prurient reasons or driven by a delirious desire for chaos like some—I hope this is a one-off. Political assassinations are never good news, least of all for the person on the pavement. But the stagnation of American life, from politics to pop culture, can only dissolve when something powerful and new hits. The pandemic effected everyone around the world, but because of its unique inability to produce iconic or even compelling images, it could only terrify or inspire (most) people for so long. Beyond the practical implications of succession and agenda shuffling, assassinations and endless replays of isolated tragedies like terrorist attacks and hurricanes force people to face death. The pandemic, ironically, became about everything but death quickly into 2020.

Now, nearly three years into the decade, the pressure keeps building, conspiracies keep starting (and getting noticed, maybe?, who knows, do you?), bombers and shooters are back at it, and now people are picking up hammers and invading homes like it’s 1999. Paul Pelosi was left in much better shape than George Harrison, stabbed dozens of times just two years before his death from cancer, but it was at home, out of view. Something will happen when famous people die in public. It won’t be specific to this period, and it’ll be horrible, an unleashing of resentment, jealousy, bigotry, and bile boiling in the American psyche and subconscious. Lock your windows!