The price of Halloween candy, among many other things, has risen, and the President doesn't care. 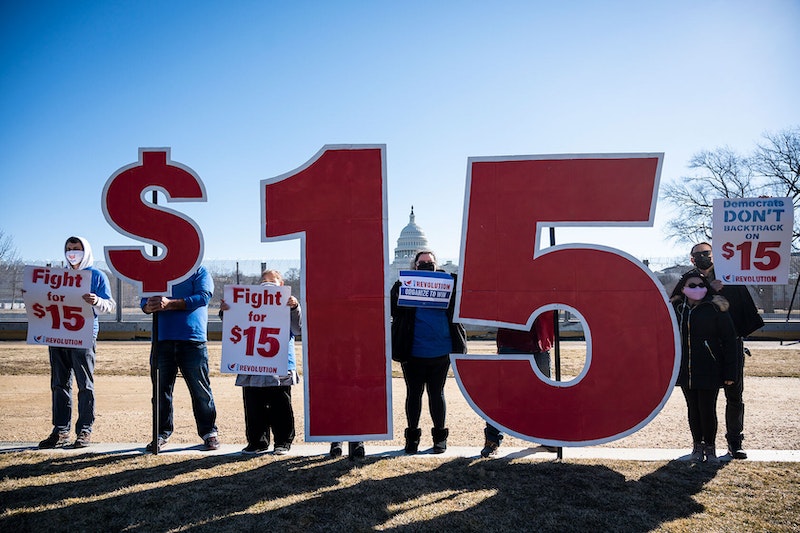 Halloween candy prices have increased by 13.1 percent over the past year, according to Bureau of Labor inflation data. That means, for many, buying the same amount of candy as last year will require more work. The average American household plans to spend about $30 on Halloween candy this year, according to the National Retail Federation. If taxes didn’t exist, a minimum-wage worker would have to work for about 248 minutes (four hours and eight minutes) to earn $30. However, to buy that same volume of Halloween candy last year, it would’ve required about 33 fewer minutes worked by minimum-wage workers to purchase the same amount.

This is about more than candy. It impacts people buying gasoline, paying rent, buying groceries, and anything else that has increased in price over the past year—or 13 years in this instance. So while the minimum wage in 20 states has remained unchanged over the past 13 years, the cost of living hasn’t. In the past year, there has been 8.2 percent inflation. This is eating away at everyone’s paychecks and savings accounts, if they have one. If the federal minimum wage kept pace with inflation, the new wage would be $10.03 per hour, according to the U.S. Inflation Calculator. It doesn’t look like the $7.25 mark will change soon. As a result, the purchasing power of the federal minimum wage is lower than it has been in more than 60 years, according to CNBC.

Biden said he supported doubling the federal minimum wage to more than $15 an hour. He ran on it despite the idea having almost no chance of getting 60 votes in the Senate. In February 2021, the Senate rejected the idea 42-58; eight Democrats voted against the proposal. The chief criticism of a $15 minimum wage is that it would eliminate 1.3 million jobs, as the Congressional Budget Office points out.

The wages of low-income workers are effectively getting worse. After the Senate voted against the proposal, Biden stopped talking about it—much like how we haven’t heard him talk about a public health insurance option or increasing Social Security payments since November 2020. The Biden administration is ignoring this problem even though the votes may exist to raise the minimum wage to $10 or $11 an hour. Every single Democrat in the Senate supports some minimum wage increase. There are 50 Democrats in the Senate. That means they’d need 10 Republicans to back a minimum wage hike to make it happen. At least seven Republican Senators openly support and have proposed some type of federal minimum wage increase this session, although the proposals vary.

If the answer’s no, it’s still worth pursuing for Democrats. An April 2021 Pew Research poll showed that 89 percent of Americans support a federal minimum wage increase. The best chance of hearing politicians talk about raising the federal minimum wage next year will come if there’s a contested Democratic presidential primary.