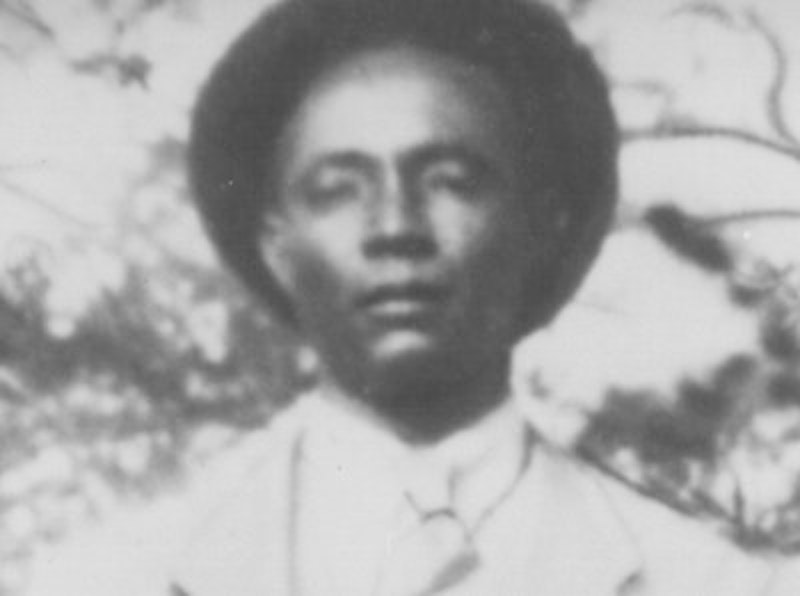 Lee was a black man in Amite County, Mississippi, who volunteered in the summer of 1961 to drive an SNCC organizer around the county, registering black voters in that tyrannized corner of the Jim Crow South. For his activism—for his political dissidence—Lee was shot dead in broad daylight by Mississippi state senator E.H. Hurst. Another black man, Louis Allen, was killed in 1964 after contacting the Department of Justice to tell them the truth about the murder. Hurst was never convicted.

In her speech, Shriver ridiculed the concept of cultural appropriation. She labeled it “absurd,” and dismissed writers who try to avoid appropriation as producers of “anodyne drivel.” She donned a sombrero to better mock the “super-sensitivity” of Bowdoin College students who had condemned a racially-themed party for perpetuating Mexican stereotypes. Some members of the audience walked out of Shriver’s derisive speech to express their displeasure—one of them, author Yassmin Abdel-Magied, publicly criticized Shriver in The Guardian, and Shriver responded with a rebuttal in The New York Times.

Now, we might struggle to see the similarity between these two dissimilar events. We might scratch our heads in puzzlement as to what unites a successful, prize-winning white author with a black man murdered for his activism—but Shriver sees the insidious linkage that we do not.

In her New York Times op-ed rebuttal to Abdel-Magied, Shriver says, “In the ‘60s and early ‘70s, conservatives were the enforcers of conformity,” but that “the role of oppressor has passed to the left.” She equates the right-wing silencing of dissent and activism in those decades with what she’s endured from left-wing critics today. She equates herself, and others who have been criticized for cultural insensitivity, with the victims of oppression in that tumultuous time.

Let’s be clear about who those victims of enforced conformity and oppression really were. They were four students at Kent State who were shot by National Guardsmen in 1970. They were the brutalized patrons of the Stonewall Inn in 1969. They were women like Fannie Lou Hamer, who was arrested and nearly beaten to death in 1963 for her tireless activism. These are the people Shriver implicitly compares herself to. Herbert Lee and Lionel Shriver: twin victims of oppression.

Don’t think this is hyperbole; Shriver explicitly uses the language of violence and oppression to describe what she has endured. Sensitivity has been “weaponized,” according to her, and the public discourse is “fraught with… danger.” Millennial leftists are “intimidating their elders into silence” with the “terror of being branded a racist.” Danger, terror, intimidation, weapons—according to Shriver, we are living in dire times indeed.

Within this delusional false equivalence, the speech Shriver gave at the Brisbane Writer’s Festival was, one supposes, her march from Selma to Birmingham. Each audience member who walked out was the crack of a whip across her back. Each critical post on social media was a nightstick to the gut, leaving her struggling to breathe. Sure, she may not have emerged from the battle with a fractured skull like John Lewis did at the Edmund Pettis bridge—but someone called her a racist to her face, and isn’t that just as bad?

Shriver doesn’t want freedom of speech—she wants freedom from criticism. She wants the power to say and write anything and never be called a racist for it, the prospect of which she sees as tantamount to physical peril. Shriver claims to avoid Twitter lest she self-censor out of “fear of attack.” The scope of her cowardice is so astronomical that the human brain struggles to truly comprehend it. No left-wing critic of Shriver’s politics has ever imperiled her. They did not stop her from writing a bestselling book that was optioned and adapted into a film. They did not stop her from giving her speech in Brisbane. They did not stop her from writing an op-ed defending herself in The New York Times. Shriver has not lacked for a platform to speak her mind, nor has she lacked for success and acclaim. But that’s not enough. She demands unanimous praise. More absurdly, she demands to be shielded from mean tweets. But she has the temerity to call other people over-sensitive!

Her argument is irretrievably rooted in intellectual dishonesty. In one breath, she mocks the notion of safe spaces, and in the next she warns of the peril and terror posed by leftist critics who weaponize words. She demands the silence of her critics in the name of her personal safety and well-being while condemning the act of silencing. This is not the argument of someone who sincerely wants to defend all speech, nor divorce victimhood status from political leverage; it’s the argument of someone who wants to appropriate victimhood for herself. She defends the right to offend out of one corner of her mouth and bleats about the offense her critics have caused her out of the other. This is duplicity, and it’s poisonous.

If all it takes to be brave and praiseworthy is to say things that draw criticism from the identity-politics left, then an anti-Semite who screams slurs at an elderly Jewish woman is a hero. The white supremacist who calls a black child the n-word is bold and gallant. I’m sure that this is not what Shriver intended to imply, but it’s what her words and her logic necessarily imply, regardless of her intent.

Criticism is not oppression, no matter what thin-skinned elites like Shriver say. Criticism and shame are part of how a society enforces social norms. It’s right that we criticize and shame immoral tendencies like greed, mendacity, and cruelty. And it’s right that we criticize and shame authors like Shriver when they perpetuate racist stereotypes, or exhibit a deliberate callousness to people who say they have been harmed by her words. Empathy and accountability are laudable, and should be encouraged. It’s a tragedy that suggesting as much is considered controversial. The toxic rhetoric of Shriver and her ilk is corrosive to the existence of social, moral, and political norms in our society, and it must be resisted. The national conscience must be protected from those who would dismantle it.

Regardless of what Shriver implies, words matter, because ideas matter. And it’s entirely appropriate that we criticize ideas that are harmful to our democracy. If Shriver wants to argue that her left wing critics are wrong because of their specific ideas, fine. If she wants to argue that her words, specifically, are virtuous and undeserving of criticism, fine. That at least would be honest. But she cannot have it both ways, arguing that no speech should be silenced or criticized and that to be offended by any words is over-sensitive, but that her critics’ words are dangerous and harmful. It’s dishonest, and it fosters an anything-is-justified approach to public discourse that normalizes the despicable. It’s no coincidence that the loudest opponents of so-called political correctness are white supremacists and neo-fascists.

They admit, loudly and openly, that today’s movements for inclusivity and social norms against bigotry are the biggest obstacles to their ascendancy. We should listen to and criticize them—and we should criticize Lionel Shriver, who would abet the rise of such extremists by dismissing norms of inclusivity and multiculturalism in our discourse.