During this economic crisis all policy makers in Washington talk about are different ways to intervene in the market. But instead they should just let things be. From The Daily Athenaeum. 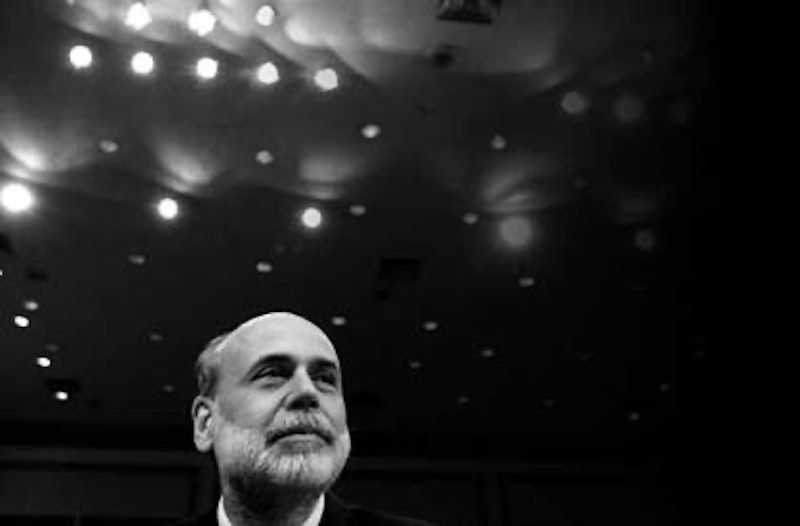 The United States is again rushing headlong into a major mistake, one likely to be approved, as was the last one, by both sides of the aisle in both houses of Congress.

The current financial crisis has already spawned an unprecedented government intervention. Last month, officials agreed to use $30 billion in taxpayer dollars to back the collapsing Bear Stearns.

The president of the Federal Reserve Bank in New York reasoned yesterday that “a sudden, disorderly failure of Bear would have brought with it unpredictable but severe consequences for the functioning of the broader financial system and the broader economy.”

Congress is working on an expensive bet of their own.

It is scrambling out a $15 to $20 billion relief package that includes a variety of bonds and tax breaks to help prevent bankruptcies and foreclosures.

The politicians are pitting “Main Street” relief against the Fed’s “Wall Street” bailout.

It is surely more populist and progressive, and even, by gosh, nicer to help out the people who have lost or on the verge of losing everything. These are mostly homeowners and so-called “subprime” mortgage holders who were persuaded by low interest rates to buy a home they couldn’t afford or refinance a home they owned for a sum they couldn’t pay back.

A lot of them were deceived by shady lenders who were giving out money with no strings attached.

But there’s no one who is going to say this, not in an election year. So instead of recalling a stupendously irresponsible tax refund endorsed earlier this year – which will do nothing for the economy and waste dwindling public coffers – the government is again turning our money over to people who proved they cannot manage theirs.

It’s hard to say this to a family that is about to lose their house. It is. But it must be said.

Because the financial solvency of the market depends not on everyone getting what they want but on having people who have lost lose.

For a president, the first with a Masters in Business Administration, who campaigned on fiscal conservatism and people pulling themselves up by their bootstraps, it is hard to imagine how we got here. Already, the Fed has taken nearly unprecedented control of the market. No longer are officials stuck in offices overseeing regulatory tomes; they have literally entered boardrooms to oversee one company (J.P. Morgan) as it buys another (Bear).

The officials behind this power argue that, essentially, the banks have proved they could not manage their own affairs. And they are right.

Bankers, especially the hedge funds and securities people, have acted like the scientists in “Jurassic Park.” They were too busy thinking about new ways to make money, and they never stopped to think if they should.

So they moved money in obscure ways, so much so that their “money” become untethered from reality, and they were essentially trading ones and zeroes on a computer screen, all the while pretending they had so much they could give it to anyone.

They should be more regulated. These new methods of “making” money should be accompanied by new ways of overseeing whether or not it is being made in a sound way, instead of being simply invented on a ledger.

But letting people who screwed up a free pass is the main focus of both the Fed and the Congress right now.

The key rationale of the Fed’s decision in the Bear case, which might be followed by the government backing hundreds of billions of dollars more when all is said, done and accounted for, is all in the name of market stability and because financial disruptions could spread beyond Wall Street.

But putting the government in charge will be worse. If the government jumps in, as it has and plans to, it will turn America far away from the capitalist market we are so proud of and into a heavily regulated mess of interventions and bureaucracy that can be as mismanaged as Social Security and FEMA, controlled not by enterprising folks but by people who want votes.

There is no good choice for the government – between helping people who don’t deserve it and abandoning people who were tricked, between watching the economy fluctuate realistically or supporting it falsely – but perhaps the government should step back and realize its best choice may be no choice at all.