How the young are giving up on Western civilization. 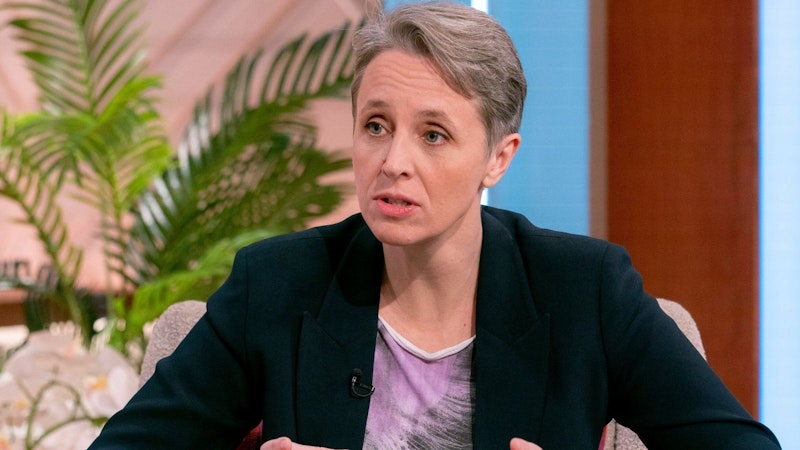 We often forget how absurd the culture war has become. A few weeks ago, an overweight man won a Miss America beauty pageant. If we were playing by the rules, could we imagine a woman with a similar shape allowed to compete, let alone win? No. The reason the man, Brian Nguyen, won is because he identifies as a woman. And today that must be validated even to the detriment of biological women.

You can’t identify as beautiful and demand prizes any more than you can claim to be an athlete and demand a place at the Olympics. A better name for the culture war would be the Age of Entitlement.

We’re living in a period where subjectivity is prioritized over objective reality. Persuasion and reason have given way to meaningless concepts such as “my truth” and “lived experience.” Although keen to rewrite and police the meaning of words, activists lack the ability to communicate and use language effectively. They can’t debate using conventional rhetoric, so convincing you of their position has become untenable. A new approach is needed. Foremost in their oratorical toolkit are volume and emotion. The most strident are the new generation of climate activists.

During a recent interview with Sky News, Just Stop Oil activist Indigo Rumbelow was asked by host Mark Austin to defend her group’s disruptive tactics, which at the time of the interview had blocked the M25 motorway for a fourth consecutive day. In a confrontational exchange with the 64-year-old broadcaster, Rumbelow became hysterical, yelling at Austin, asking if he loved his children more than fossil fuels. The debate quickly descended into hyperbole with Rumbelow claiming climate change will cause birds to fall out of the sky and kill millions of people. The activist got so loud at one point, Austin had to ask her to stop shouting at him. The sordid affair felt like watching a parent tell off a recalcitrant child. If all else fails, activists resort to weaponizing bigotry as a form of blackmail to get their way.

Within the culture war, no issue has fired up activists more than the defense of transgenderism. Sex is both fixed and immutable, therefore unalterable. You can’t magically change it to become the opposite sex. A few years ago, stating this biological fact would’ve gone unnoticed. Now, those who defend this position or simply state the dangers to women-only spaces from trans-women are harassed and vilified. These gender-critical writers and feminists are frequently shut down, canceled, and, in some cases, have to hire bodyguards.

In a recent debate at the Cambridge Union, the gender-critical philosopher Kathleen Stock took part in a debate called “This house believes in the right to offend.” Although her side won, outside the chamber a rowdy group of protesters yelled, banged on pots and pans, and attempted to intimidate and disrupt the event. It’s no surprise this happened on a campus. Stock endured a three-year campaign of bullying and harassment by students, leading to her resignation at the University of Sussex.

A small but growing vocal minority is eschewing traditional liberal values such as freedom of speech in favor of protecting minority identity groups from psychological harm. This vicarious act of secular evangelism forms part of the psychological profile of the modern-day social justice activist. This worldview is birthed in our educational institutions. Divisive and unfalsifiable ideas from the canon of critical social justice are widely taught in schools.

This is the view of Eric Kaufmann. In a new report for Policy Exchange, the professor surveyed the political opinions among different age groups. The results were conclusive. Among 18-year-olds sampled, 63 percent were taught at school about at least one of three core concepts from the ideology of critical race theory: white privilege, systemic racism, and unconscious bias. When it comes to the idea that there are multiple genders, this increases to 78 percent.

The data reveals the young are less liberal on free speech and oppose dissenting opinions. Roughly a third of the 18-to 24-year-olds surveyed believed J.K. Rowling should be dropped by her publisher, compared to 10 percent of all adults and three percent of those over 50. Among respondents under 26, more were opposed than supportive of the vice chancellor of Sussex University’s decision to defend Kathleen Stock.

Kaufman’s research supports a YouGov poll from last December, which found 50 percent of 18-to-24-year-olds placed more emphasis on protecting people from offensive remarks than free speech. It’s not just right-of-center publications noticing this decline in liberal values. According to a survey by the Higher Education Policy Institute and published in the left-wing Guardian, there has been a significant decline among students supporting the idea of unlimited free speech. In 2016, 37 percent of British students prioritized protection from discrimination over free speech. Five years later, the figure had risen to 61 percent.

The results of a recent survey reveal a jarring statistic: 61 percent of young people in the U.K. would prefer a dictator to a democratic leader. What explains this drift towards illiberalism?

Those born after 1995 are the first generation to grow up fully immersed in technology. According to data from Ofcom, by the age of 11, 91 percent of children in the U.K own a smartphone. The average user spends three and a half hours a day on their mobile device; people live vicariously through others on social media platforms like Twitter. Due to the software’s algorithms, you’re encouraged to interact with like-minded people. It acts like an echo chamber and reinforces group think.

The same YouGov poll supporting Kaufmann shows another concern. Among all Britons, 57 percent feared expressing their political views for fear of judgment or criticism. Withholding your opinion in favor of a more socially acceptable view is known as “preference falsification.”

The Enlightenment—the foundation of liberal democracy—brought science and reason within the scope of morality. It bestows on citizens the right to determine how to live their lives without unnecessary coercion from the state. As a system of governance, it’s less about moral absolutism and more closely associated with moral autonomy. A political philosophy our forebears sacrificed their lives defending because they saw the culmination of illiberalism in the gulags of communism and fascism.

Today’s generation has lost faith in Western civilization. The philosophical ideas of Locke, Mill, and Hume laid the foundation for liberal democracy. These luminaries are no longer highly regarded by the young, but as objects of ridicule, dead white males guilty of imposing a Eurocentric, capitalist, patriarchal vision on society. It’s far easier to tear something down than create something new. Without faith, the 18th-century historian Edward Gibbon warned, civilizations die.