Capitalist But Not a Scrooge 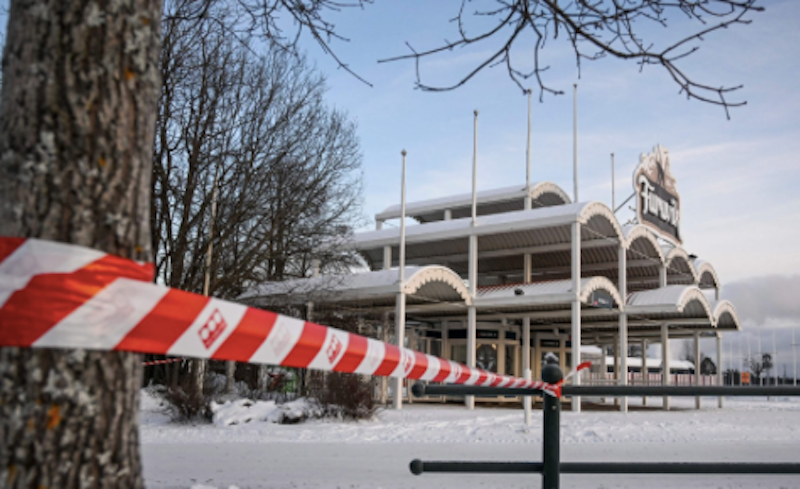 I’m always trying to get the message out that markets work better than government, even when I’m just a random pedestrian on local news in Washington, DC commenting on an old train trestle overdue for repair. Consider it my Christmas gift to you, oppressed taxpayers of the nation’s capital. Not that the jerks will thank me for it, mind you.

Neither will most of my colleagues and ex-colleagues in what was once a broad but friendly free-market coalition. About a half-dozen people each at or near Cato, Reason, and Fox News have cut off contact with or had some sort of falling out with me over the decades, usually over virtually nothing, and though that leaves plenty of jerks still to shed before I grow old, the holidays are a time for friendly outreach, a reminder of a less fractious era.

(I get along just fine, almost effortlessly—for decades now—with my family, most ex-girlfriends, schoolmates from as far back as kindergarten, pets, and nearly all the “normal” people I bump into in non-political contexts, so it’s still a bit weird for me to get the occasional attempted exile-edict from some grouchy third-tier pundit or media boss. I really don’t think the problem is me.)

Striving to recall the ecumenical spirit that occasionally suffused my thinking back in the 1990s, or during my live debate-hosting days circa 2010, I can look with a certain fondness upon fledgling political subcultures cropping up in the news lately here in New York City, such as the young alleged conservatives of the “Dimes Square” neighborhood or the teen Luddite Club that meets weekly in Brooklyn’s Prospect Park. I might once have regarded Luddites as arch-enemies, but if the kids today can figure out from direct experience that cell phones and surveillance states are dehumanizing, you have to think that shows some intelligence and healthy capacity for rebellion on their part. Humanity endures, for now.

A few rungs lower on the technological ladder, I see a band of chimps escaped a zoo and resisted capture for days in Sweden before all being shot dead, ostensibly due to a lack of tranquilizer supplies but perhaps secretly to stave off any future such rebellions. I’ve criticized some aspects of the animal welfare movement, but how can one not smell a whiff of precious freedom in this tragic incident, then perhaps even wish for a chimp/green-anarchist alliance of some sort? That might be no crazier than the “civilization” we’ve got going at the moment.

Bless those with the patience to keep having more moderate, sane, civil debates about economic policy and the like, though.

Among the civil and market-oriented must be counted two recently deceased scholars I met, Jeffrey Friedman and Walter Grinder, each favoring a decidedly more academic route to liberty than, say, a direct physical assault on government, for good or ill.

Friedman edited the journal Critical Review, which mainly aimed to foster dialogue between libertarians and liberals, in the process probably making some of the former a bit more like the latter and some of the latter a bit more like the former. He moved to rural Texas years ago but didn’t have the pugnacious populist mindset of some of his fellow transplants to that region.

Grinder, meanwhile (who still has a book forthcoming with John Hagel, I believe), believed freedom-lovers should focus a bit less on fighting government and a bit more on building parallel institutions, like De Tocqueville’s “little platoons” of civil society, so that less government is needed. (I think that’s noble, though I fear no matter how robust your alternative institutions are government will keep attacking you until it is delegitimized—and for some time thereafter.)

A living representation of the liberty-vs.-modern-liberalism debate, specifically on economic policy, can be found in the recent on-stage clash seen here between Gene Epstein from Barron’s and Binyamin Applebaum from The New York Times. Applebaum, arguing that market ideology has been catastrophically wrong, technically won the audience vote, which normally I’d regard as every bit as meaningless as democracy in general, but it would’ve been reassuring to know that a Times econ reporter had to go back to the office at some point and explain to his manically pro-government colleagues why he lost (and I think he deserved to, since he reached some of his anti-market conclusion through chicanery like rounding econ stats to different decimal points as it suited him, but he wants at least some capitalism, as most of the Times’ readers likely do, so I try not to despair).

Again, I concede there’s some value in simply keeping these polite conversations going, and in that spirit, that night’s moderator, Nick Gillespie of Reason, recommends left-liberal Andrew Koppelman’s recent book Burning Down the House, which finds libertarianism lacking but takes it seriously enough to identify many of its good points. I find it frustrating that a fairly shallow Doubting Libertarianism 101 approach like Koppelman’s, such as asking obvious questions such as “What about the poor?” or giving people gratuitous, unsurprising reminders that libraries and fire departments are funded by government (Did you know? Did you?), still passes for giving libertarianism its due, but it beats a call for our summary execution.

If you want to feel real nostalgia for that magical post-Cold War decade in which people thought individual econ policies worth having protracted technical debates about, though, note that Phil Gramm(!) et al have a book out called The Myth of American Inequality arguing (as Robert VerBruggen here explains) that government, which tends eventually to make itself the referee in all these ideological scuffles, makes a lot of weird, subjective decisions about how to gauge wealth and poverty anyway.