Millions of innocent dead are more than “a difference of opinion.” 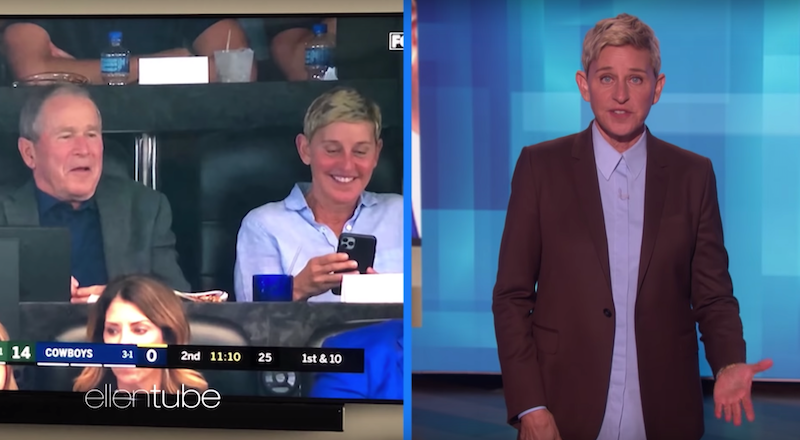 In October 2008, Noam Chomsky told Der Spiegel, “Nobody should have any illusions. The United States has essentially a one-party system and the ruling party is the business party.” It took less than 10 years for his proclamation to become public opinion. The interviewer’s response is striking today: “You exaggerate. In almost all vital questions—from the taxation of the rich to nuclear energy—there are different positions. At least on the issues of war and peace, the parties differ considerably. The Republicans want to fight in Iraq until victory, even if that takes 100 years, according to McCain. The Democrats demand a withdrawal plan.”

What about Syria? South Korea? Iran? Afghanistan? Permanent war is obviously someone’s preference. On Obama, Chomsky was equally prescient: “The European reaction to Obama is a European delusion… That is all rhetoric. Who cares about that? This whole election campaign deals with soaring rhetoric, hope, change, all sorts of things, but not with issues.”

Barack Obama, though inspirational and graceful, still shook hands with King Salman. He authorized drone strikes that were wildly inaccurate and killed hundreds of innocent people. He built a movement with his presidential campaigns and then completely disappeared from the scene, leading to huge midterm losses in 2010 and 2014. He was an aspirational figure, but now he seems little more than a cipher, another supporter of permanent war. But he kept up appearances, always kind and effortlessly cool.

George W. Bush, through all the atrocities, unnecessary death and destruction he approved, kept up appearances. He appeared like a nice guy. Watching a football game with him would probably be fun—no surprise to see Ellen DeGeneres doing just that a few days ago, hanging out in box seats with the former president at AT&T Stadium in Dallas.

Here’s how CNN framed it: “Ellen DeGeneres will not be Twitter-shamed for who she spends time with.” DeGeneres, caught off guard by the criticism, led her show with a four-minute monologue on Monday “defending her friendship.” On the outcry: "They thought, why is a gay Hollywood liberal sitting next to a conservative Republican president? A lot of people were mad. And they did what people do when they're mad... they tweet."

Social media has finally given the public a platform where they can communicate directly with celebrities, name-searching narcissists like Bret Stephens, and politicians (when history is written @realDonaldTrump will go down as vivid and cutting a dissection of white male impotence as @dril). DeGeneres had direct access to confusion, disappointment, and condemnation, and she took it personally. It showed during Monday’s show: dismissing legitimate criticism as feckless tweeters part of a “mob” is distracting and condescending, a way to bury the lede: why people were mad.

Being vegan and keeping friends with fur coats is an absurd and out of touch analogy— oh, so you have friends with fur? Do dish… DeGeneres is the most famous lesbian in the world and an advocate for liberal policies. Never mind that the Bush administration ran against same sex marriage in 2004 to great success: Bush also opposed same sex adoption, gay Boy Scouts, and hate crime laws that were LGBT inclusive. He “wasn’t sure if homosexuality was a choice.” As of 2015, he still doesn’t support same sex marriage. Out had a good line about this: “Bush can paint all the intimate nude portraits he wants, but that doesn’t mean that DeGeneres—or anyone else—should be treating him like a harmless, lovable grandfather. Finding common ground with people different from you is great. Normalizing the erosion of basic human rights is not.”

More and more, liberal talk show hosts are betraying their narcissism and thin skin just as much as the mannequins on Fox News. When Bernie Sanders implied that The Washington Post publishes negative stories about him because it’s owned by Jeff Bezos, supposedly stable people lost it, from Brian Williams to Stephen Colbert. They insist they’re not taking marching orders, but we know it doesn’t matter because they need no orders, they’re already in harmony with Bezos’ ideology. When Sanders says, “billionaires shouldn’t exist,” the owner of Home Depot went on CNBC and suggested “maybe Bernie Sanders shouldn’t exist.” So touchy!

How would our neoliberal media handle a Sanders vs. Trump general election? They’re both propelled by growing class consciousness and a disgust and resentment with both parties for exporting jobs, desiccating small towns, allowing economic disparity to grow, and wasting money on endless wars that only bring endless death. That’s why people are mad at Ellen DeGeneres. War criminals are not the same as acquaintances in leather. The suffering and misery created by Bush was out of sight, out of mind for DeGeneres, like for most of America. But he was never mean, he was never vulgar, he was never openly racist, he was never openly homophobic—despite materially furthering homophobia and stalling marriage equality for years.

DeGeneres is not apolitical, but her “we’re friends at the end of the day” defense is obsolete and unacceptable to a public fed up with the antipathy spit from above and the hypocrisy of those who feign righteous indignation at something Trump said yet see no problem socializing with a President with so much more blood on his hands. DeGeneres’ myopic defense and how poorly it’s being received are more evidence for a broad class movement, predicted by the otherwise mediocre Joker, that will either carry Sanders into office, or keep Trump in for another four years (if he doesn’t resign before the end of the year). To watch the traditionally calm and collected milquetoast millionaires of daytime TV get nasty and attack their audiences just like Fox News… it’s a beautiful day in the neighborhood.