The Forgotten Impact of Horse Flu

There was a severe epidemic in 1872 that you've probably never heard of. 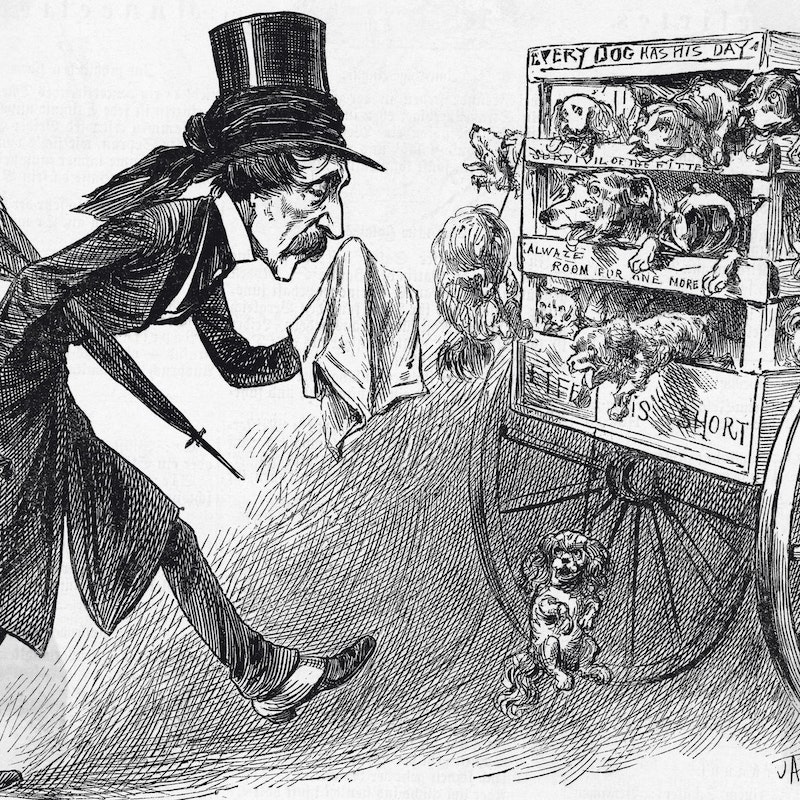 Historian Ernest Freeberg has written a fine new biography about the founder of the American Society for the Prevention of Animal Cruelty, A Traitor to His Species: Henry Bergh and the Birth of the Animal Rights Movement. Written for a general audience, the book chronicles Bergh sparring with everyone from circus impresario P.T. Barnum to dogfighting promoter Kit Burns.

Despite the book's title, Bergh was an animal welfarist in the strict sense, meaning he was generally concerned with non-human treatment, as opposed to their use. These days, the ASPCA is definitely one of the more conservative groups. But I gather the organization had a more aggressive reputation closer to its founding.

Perhaps the most interesting section of the text details the horse flu epidemic of 1872. It's an episode that I knew nothing about and imagine few others do either. In short, an equine illness ground the country to a halt and led many to give serious consideration of the need to replace horses as laborers and transportation.

"By one estimate, wherever the disease appeared, its infection rate was close to 99 percent," Freeberg wrote. "Across the continent, 1 to 2 percent of its victims never recovered, with a higher mortality rate among those animals penned in the crowded and unsanitary stables that were common in urban areas."

It's hard to overestimate the havoc this caused. City streets were empty. The coal supply was disrupted. Food couldn't reach the market. Human crews began hauling wagons. School classes were cancelled. Fire departments were slower to respond, with deadly consequences.

"The shock rattled every part of the economy," Freeberg writes. "As businesses slowed or closed altogether, merchants and bankers across the country experienced a credit pinch as many could no longer pay their bills."

As mentioned, this led members of the public to consider the ethical and financial implications of the country's dependence on horses. City governments and newspaper editors, which had previously been hostile to early steam engines, due to safety concerns, welcomed them onto their streets.

"The anxiety and inconvenience caused by the epidemic lasted just long enough to provide the transit companies with a fresh opportunity to bring their new machines into the city, giving the future a test run... Electric streetcars proved successful by the late 1880s and spread rapidly, but most cities retained some horse-car lines for another two decades."

Animal activists were proponents of this transition, as it lessened the burden on horses. Their enthusiasm for the technology is reminiscent of the enthusiasm of some modern animal activists—like me—for cultured meat. Cultured meat is grown from cells, without slaughtering animals.

"The ultimate solution to the cruel exploitation of urban horses would be to remove the need for them entirely," Freeberg writes. "The journals of the humane societies across the country followed these experiments with great interest, applauding every faltering step forward into the horseless city of the future."

I’d recommend this biography of Bergh to anyone who's interested in well-written history. You don't need to be an animal activist to enjoy it. But if you are, that's a lot you can learn from successful and failed campaigns of the past.