Is another religion switch in the works for the Rodster? 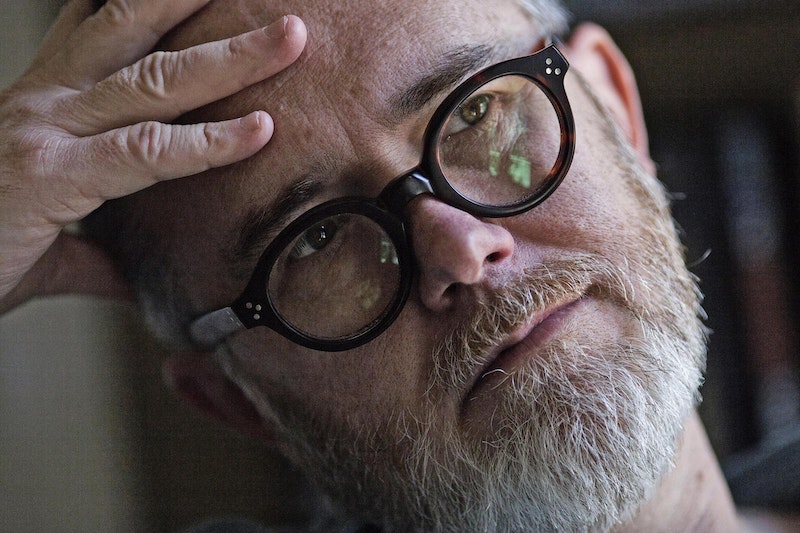 How did I miss the news that Rod Dreher, my only competitor for primacy among Russian Orthodox/paleocon/pro-“Russian World” super-intellectuals, was dumped by his wife and is getting divorced?

I’ve been so immersed in the news coming out of Eastern Europe—the Russian military is making thrilling progress in its anti-Nazi war, and if, as I think it will, the Kremlin “goes nuclear,” my original hopes for a decimation of the Ukrainian population will prove to have been, if anything, too pessimistic—that I’ve ignored the magnificent developments on the Dreher front.

The big question now is how Dreher will respond to this latest in the disasters and humiliations that God metes out to him. In the past, Dreher seems to have responded to the searing traumas that he collects like my Aunt Harris collected Hummel figurines, or I collect Edwardian smut, by changing religions. The trouble is that he’s running out of religions.

True, there are any number of Protestant denominations out here in the American heartland who would have the Rodster, but peckerwood Protestantism is where he started, and I doubt his amour propre would let him go back to it. Dreher, I’ll bet, sees himself as having risen up in the world. A sensualist and a Francophile, he’s probably too much of a “bells and smells” type to worship in a low-church shack in the pine flats, like his southern ancestors did.

Catholicism, meanwhile, is out. Dreher tried that, but the Catholic church (Sow of Rome most vicious and many-nippled) failed him when it emerged that its priests were too often rapists, and he descended into a spiritual crisis/nervous breakdown his discussions of which on his blog over the years still make diverting reading.

His post-Catholic crisis led him to my own beloved Russian Orthodox Church, the world’s most exquisite and moral religious body, and he’s seemed happy with us, if the word “happy” makes sense in the context of Dreher.

If, in this latest of his breakdowns, he leaves Orthodoxy, I think submission to Allah will stand as the only viable choice for him. Somehow a Muslim Dreher makes sense after all these years. I can see him mooning around the Deep South sprawl in full Islamic regalia, his wounded-deer-in-the-headlights eyes blinking out from under his skullcap, his robes swishing above his Teva sandals as he stands in line for his order at the Arby’s in Baton Rouge.

The other option for Dreher, Mother insists, is transsexuality.

“He’s gonna transition hard—hard like a mastadon’s pole,” she croaked last night, sucking on a pin-joint for her glaucoma, clutching the roach-clip in fingers still grimy from the day’s potato planting. “You watch, Johnny. By 2027 he’ll be the first bearded woman to give birth to triplets in Louisiana, the great state of gumbo, jambalaya, D-rated hydraulic levee systems, and Lil Wayne.”

My own marriage, meanwhile, remains quite robust in this, its fifth decade, a fact that I ascribe to Mother’s and my frequent bouts of healthy copulation. I keep my sandals on for maximum floor-grip as I heave away like a Scythian, my icon of Saint Evgeniya Ivanovna, the Leper of Nizhny Novgorod, patroness saint of distended foreskins, gazing down on me from her vantage point above our connubial bed.