Cheer Up, Democrats! Sanity to be Restored in 2012!

So says pundit Peter Beinart, who claims the country is moving to the center-left, current politics notwithstanding. 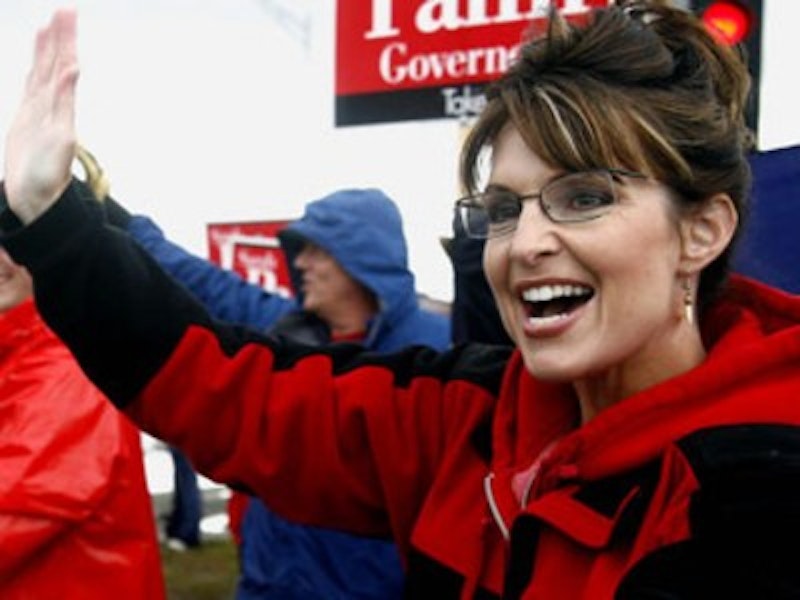 Bizarre political arguments rarely upend my equilibrium, especially in 2010, when the far-fetched is the rule rather than the exception. I don’t, however, care to be insulted by slipshod, dashed-off opinions by insulated op-ed writers who—charitably—ought to know better. Such was the case with Peter Beinart’s most recent Daily Beast thumb-sucking exercise, a column that’s rife with omissions and botched facts. The headline is innocuous enough, “Palin is the New McGovern,” and that the reliably Democratic Beinart is already waving the white flag on the Nov. 2 Congressional midterms, saying the GOP is headed for a “blowout victory,” is, I suppose, notable. What’s also notable, and should give pause to anyone considering buying one of Beinart’s books, is that the historian/professor/pundit is so wrong in his desperate promotion of the idea that Republicans are headed for electoral disaster two years from now.

It’s Sarah Palin’s Republican Party now, Beinart says, echoing a sentiment that gives succor, I suppose, to moderate and left-wing Democrats who just can’t believe that Barack Obama’s triumph in 2008 is rapidly becoming undone. I think it’s a long shot that an over-exposed Palin will be the GOP nominee in 2012: a combination of her constant self-aggrandizement, penchant for embarrassing gaffes and, most importantly, the likelihood that an up-from-the-gutter Republican Party will turn to a more sensible (if still economically conservative) candidate such as Govs. Mitch Daniels or Chris Christie, or Sen. John Thune doesn’t add up to a coronation of the retired Alaskan governor two summers from now. (Beinart does allow that a “Palin-wannabe” might be the standard-bearer if The Real Thing doesn’t run.)

Here’s the nut of Beinart’s theory: “When parties lose power, activists ascribe the loss to the ideological impurity of their incumbent president. In so doing, they vent the frustrations they kept bottled up while their side was in power. Since defeat frees them from the messy business of governing, ideological purity suddenly becomes easier. And since defeat usually hits party moderates disproportionately hard, the opponents of purity usually hold less sway.”

And so this leads to Beinart’s comparison of Palin to George McGovern, who was defeated by Richard Nixon in the 1972 landslide. McGovern won the Democratic nomination that year, Beinart (who was born in 1971), says, because liberal activists were bitter from the results of 1968—and felt “betrayed” by the JFK/LBJ eight-year tenure in the White House—when Nixon barely defeated Hubert Humphrey for the presidency. Yet, incredibly, Beinart neglects to explain the dynamics of the presidential race of 1968; for example, he never mentions the names of Humphrey rivals Bobby Kennedy or Eugene McCarthy and doesn’t even reference the fractious Chicago convention of that year, which in large part brought about the transformation of nominees being selected by primaries rather than political bosses like Richard Daley.

Once sanity returned to the Democratic rank and file, after McGovern’s left-wing candidacy failed, the Party turned to the largely unknown moderate Jimmy Carter, who squeaked by the hapless Jerry Ford in the 1976 election.

It doesn’t occur to Beinart (or didn’t when he wrote the article), that a scandal called Watergate made it nearly impossible for Ford to win.

Fact-check: Beinart claims that after Ronald Reagan swamped Carter in 1980, the Democrats anointed the more liberal Walter Mondale, who fared even worse than Carter. “And after Mondale lost 49 states in 1984,” Beinart writes, “[Democrats] nominated Bill Clinton, who was even further to the right [than Carter]. Beinart has apparently forgotten that Michael Dukakis, a centrist who stressed “competence” was the Democratic nominee in 1988 and lost to the first President Bush. Clinton, who holds few ideological views other than his own political welfare, was nonetheless a more liberal candidate than Dukakis.

Beinart concludes: “When the dust from this massive recession settles, it will be clear that America is not moving right; it is moving left because America’s fast-growing demographic groups [in his estimation, Hispanics and Millennials] reside on the center-left. Hold on, Republican moderates; you may be poised for a big comeback in 2016.”

I’ve no clear idea what will happen politically in 2012—except that the GOP, which will be defending just 10 Senate seats as opposed to 21 for the Democrats (including two independents), are poised to prosper in the Congressional elections, especially if the economy remains sluggish—let alone in 2016. Yet considering Beinart’s very shaky grasp of presidential politics since 1968, I’d put even less credence in his predictions for the future.