Student loan forgiveness may be messy, but it's a necessary step in devaluing higher education in this country. 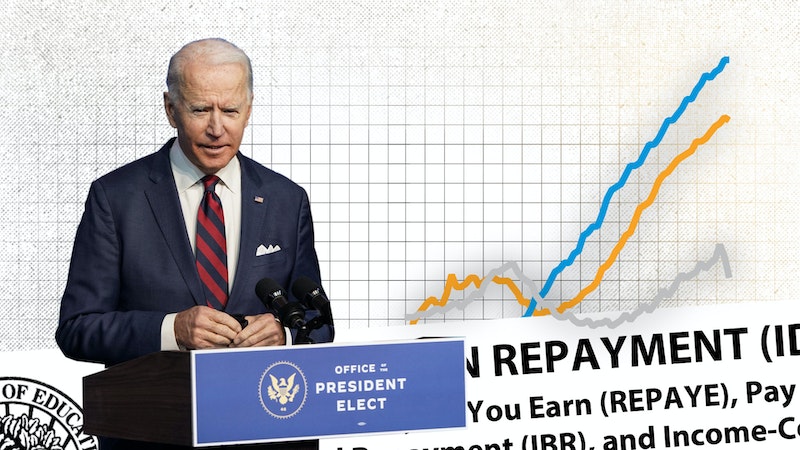 Has a presidential policy that you don’t support still give you a benefit? I now know that feeling—and it’s a strange one. Joe Biden announced last week that he plans to circumvent Congress to forgive some student loan debt. Biden’s plan would offer up to $10,000 in federal student loan debt relief for people making under $125,000 per year ($250,000 for a household), while Pell Grant recipients are eligible for up to $20,000 in debt cancellation. That includes the roughly $4000 in federal student loan debt I owe(d) the country. So while people like me know they don’t need government help, it’s hard to be outraged with a plan that gives you thousands of dollars.

Why have college costs increased three times faster than inflation over the past several decades, according to the Federal Reserve Bank of St. Louis? Isn’t this an area where politicians should investigate price gouging? I’m no oil expert, so I don’t know enough about the claims that oil companies are price gouging. But I did go to Emerson College for a year. And I know that the total cost of attendance for a year there before student aid is around $75,000. It’s a ridiculous price and a reason why the school has a net negative return on investment in the first 10 years after graduating, according to research from Georgetown University (I’m not a college graduate, for the record).

It’s hard to imagine this move curbing the country’s high inflation rate. It helps some people, including me, but deficit financing this plan won’t help reduce inflation. It also has political implications. If Biden’s plan works and he can unilaterally forgive student loan debt, this won’t be the last time a president does it. It’ll become a campaign promise for most Democratic presidential candidates. They’ll enter a bidding war for votes—and it’ll be the one instance where liberal politicians support using taxpayer/government/public dollars to fund private education.

And it sets the Republican Party up for a divide-and-conquer strategy.

GOP politicians are using the opportunity to pit people against one another. The electrician who didn’t go to college is paying the bills of the blue-haired feminist who majored in underwater basket weaving. Valid anger exists among those who worked hard to pay off their loans and never got help from the government. That includes people who went to college and people who didn’t but struggle with other debts—like payday loans, medical debt, credit card debt, mortgages and car payments.

My opinion on student loan debt forgiveness is that, although it’s messy, including it in a larger plan that takes a sledgehammer to the existing higher education system would be a worthwhile tradeoff. If $300 billion guts credentialism, destroys the occupational licensing cartel, dramatically lowers college costs, encourages responsible lending, and makes colleges less woke, I’ll take that deal. But we’re not getting that. I’ll gladly take the $4000 bailout, but that doesn’t make it a smart idea.