Sarah Vowell and the Prospect of Civil Strife 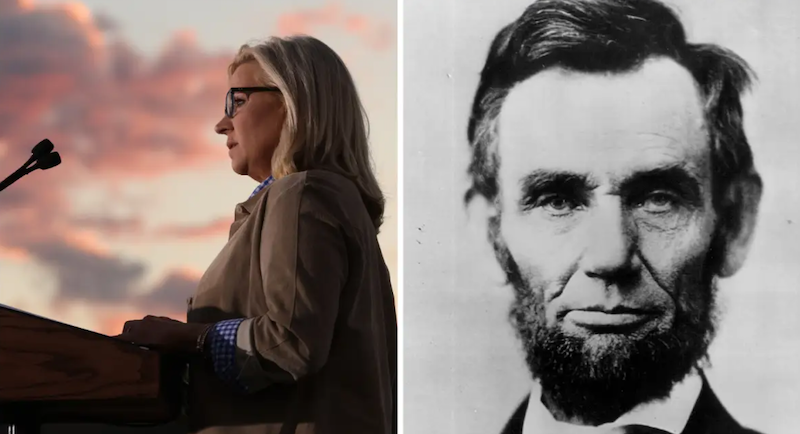 There’s loose talk of a civil war, so Sarah Vowell gallops to the rescue. Calm yourself, she tells us via The New York Times op-ed page (“What’s With All the Fluff About a New Civil War, Anyway?”). The rambunctious popular historian says that, sure, states look red and blue on the election maps, but close-up they tend to be a mix. People of contrasting beliefs live side by side, and this makes for an egg that can’t be unscrambled. With nobody going anywhere, secession’s off the table and so is civil war. Because, oddly, Vowell assumes that “a civil war” means the Civil War redux, with blocs of states combatting each other and doing so by means of armies. This prospect she finds unfeasible: “How would bringing Shiloh to the suburbs even work?” But the fear is more that FBI headquarters might get blown up, or that a series of congressmen, judges, and cabinet members might get shot, or that certain neighborhoods will start looking like Beirut, or that all these things and many others will happen and the government will have to spend years fighting them.

Vowell deals with this argument by not realizing it’s there. Meanwhile, a rival op-ed at The Washington Post lays out what the non-Vowells are scared about. “Would large militias attack government institutions, or would a war be limited to haphazard acts by individuals and small guerrilla factions?” demands Marc Fisher, a Post senior editor and author of the piece (“Is the United States Headed for Civil War?”). The article quotes the late William Pierce, author of The Turner Diaries and idol of white supremacists: “Terrorism only makes sense if it can be sustained. One day, there will be real, organized terrorism done according to plan, aimed at bringing down the government.” Notice akey noun. The doomsday feared by non-Vowells isn’t massed soldiers shooting at each other. If Donald Trump is brought to justice, will there be terrorism? If there is, then how organized, frequent, and persistent will the terrorism be? For what it’s worth, the experts consulted for the Post article “mainly foresee the kinds of scattered terrorism that the country experienced in the late 1960s and early 1970s.”

The writers of the two op-eds both oppose civil bloodshed and national dissolution. But they have their differences. Fisher notes America’s “pervasive loss of trust, hope and sense of belonging,” all signs of a “severely damaged society,” and he reports that “firearms purchases have almost doubled since the start of the pandemic.” Vowell reports that the U.S. Constitution says no to secession, and she presents this as a pretty checkmate for Texas Republicans and their secession leanings—the hot talk is all a delusion because, in the end, the Constitution says nuh-uh. Vowell seems happy in a private world on this one. If anyone does try to secede, they won’t care what’s in the Constitution, not in any way that would satisfy her.

I suspect Vowell of a nerd’s ah-hah. She’s brandishing a point of learning as a sort of flag to herself: she must be right because she knows about Texas v. White, 1869, so take that. Another example is her would-be dunk on Liz Cheney. Vowell reveals that Cheney, a lifelong Republican, spoke about Abraham Lincoln, the founder of her party, and did so the night she lost her primary. To Vowell, mentioning Lincoln counts as proof that Cheney sees the states lining up against each other, Civil War-style. With case closed on that score, there comes the dunk, the ah-hah: “As for Ms. Cheney’s likening herself to Abraham Lincoln, I have seen, at the National Museum of Health and Medicine, the bullet that killed him and fragments of his skull. I’m no life coach, but I wouldn’t call following in his footsteps a particularly upbeat career goal.”

She was at the museum, she saw the fragments! All right, but emulating a hero isn’t the same as career planning. Better a live chicken than a dead Emancipator, Ms. Vowell? Really, I doubt she thought it through: a nerd’s ah-hah possessed her. Now here’s one in return. If you think mingled populations of opposed peoples are a guarantee against civil strife, don’t ever check out the years 1992, 1982, or 1947, or any location known as the Balkans, Lebanon, or the subcontinent of India. Ah-hah, and good luck to us all.