Why do they refer to workers taking over the means of production, which is the cornerstone of socialism? 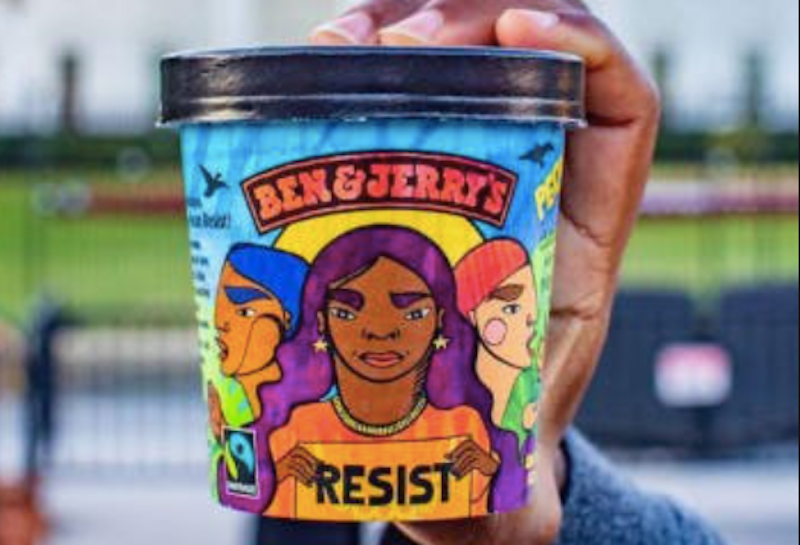 While Teen Vogue, a magazine dedicated to pushing consumerism on the nation’s youth, would seem an unlikely vehicle for also pushing for the end of our current economic system, that's what it's become since it took to Twitter in October of 2018 and called for capitalism’s demise. Since then, it has run a number of anti-capitalism articles, including “Socialist Policies Could Have Made a Huge Difference During This Pandemic,” and “Socialism Is the Answer to Corporate 'Girl Boss' Feminism."

Perhaps Teen Vogue started a trend, as MarketWatch, a Murdoch-owned media outlet dedicated to covering free markets, has jumped on the bandwagon with this tweet on August 30 which used no quotation marks to indicate that it was not necessarily the publication's opinion: “Woke capitalism is the future, but it's not good enough. Racism is embedded in capitalism—and to stop exploiting workers and people of color, we need a new system entirely.” The tweet links to a MarketWatch article making the case for ending capitalism in order to achieve social justice.

Oddly enough, Jeremy Owens, San Francisco bureau chief for MarketWatch, took exception when Wesley Yang, a columnist for Tablet, tweeted that MarketWatch was calling for the end of capitalism. He tweeted that Yang was spreading "inaccurate and willful misinformation," and that the article was calling for a new form of capitalism. Perhaps Owens should read its final paragraph: "What is clear is that while the woke transformation of capitalism admittedly improves the opportunities of some people of color, it does little to address the fundamental problems of capital’s exploitation of people and planet, and it may even work as a new legitimation story—call it wokewash—for capitalism’s old racket." There's also the article's subhed: "Ending discrimination is all very good, but it doesn’t give the majority of people control of the means of production."

That sounds like a call to end capitalism to me, as did the MarketWatch tweet, which stated that racism is embedded in capitalism. The graphic accompanying the tweet says, “We must dismantle white supremacy.” Then, ipso facto, capitalism must be dismantled to achieve the goal. If the authors of the piece weren't calling for the end of capitalism, why didn't they describe the form of capitalism they wish to see put into place—one that goes beyond woke capitalism, which refers to Nike running Colin Kaepernick ads and Gillette coming down hard on "toxic masculinity"? Why do they refer to workers taking over the means of production, which is the cornerstone of socialism?

Perhaps one of the Murdochs got on the phone with the bureau chief and called him out, and now he's trying to do damage control. Owens called Yang “reprehensible,” indicating that he'd lost all sense of proportion. He tagged Tablet in a tweet, saying, "If you worked for me, you would be forced to retract or fired. I hope @tabletmag has similar ethics." It was a bizarre performance from a journalist over a simple difference of opinion. There must be something we don't know.

Despite Owens' disingenuous denials, the fact that this article made it into a Murdoch publication is an indication of how times have changed. Anti-capitalism is trendy now, even among those who are in the thick of it. While Democrats once feared the slightest association with socialism, that's no longer the case. Bernie Sanders’ rise in popularity played a big role in this shift—the word is no longer the death penalty in politics. Socialist candidates are winning elections all over the U.S. Millennials in particular do not recoil at the mention of socialism. According to a 2019 YouGov poll, 70 percent of them say they’d vote for a socialist. Mainstream news outlets like NBC run articles openly praising socialism. CNBC tells us "capitalism is in crisis." On Martin Luther King, Jr.’s birthday, a CNN tweet proclaimed that the civil rights hero “was a socialist before it was cool.”

Last year, former Colorado Gov. John Hickenlooper discovered there's a new way to get booed at a Democratic Party function. That's what happened when he denounced socialism at a gathering in San Francisco. Even Joe Biden, a friend of the banks who's no socialist, is showing the effects of socialism's newfound popularity in his party. The presidential nominee has called for the end of “shareholder capitalism.” What he means is that corporations should stop adhering to what's called the “Friedman doctrine,” which posits that a corporation's main responsibility is to maximize shareholder wealth. Instead, they should think of other groups, such as their employees and community members, as stakeholders whose interests should be considered with equal weight. While the alarm among right-wing media that Biden was going to outlaw the stock market was misplaced (stakeholder capitalism has long been the system in Japan), it's still a fairly radical idea for a mainstream presidential candidate.

Snopes, which claims to be a neutral fact checker, examined this claim: “Former U.S. Vice President and presumptive Democratic presidential nominee Joe Biden called for an end to shareholder capitalism in July 2020.” Their conclusion: “mostly false.” Here's Biden’s verbatim quote: “It's way past time we put an end to the era of shareholder capitalism.” You be the judge.

Hollywood, built on pure capitalist energy, is partial to trendy socialism. Michael Moore claims to hate capitalism, but he loves the lavish life it's given him. Capitalism made film director George Lucas rich, but he says he doesn't believe in "capitalist democracy." Actor/comedian Russell Brand told the BBC he wants "a socialist, egalitarian system based on the massive redistribution of wealth." In his next movie he could accept a lower fee so the gaffers and the lighting people could receive better pay.