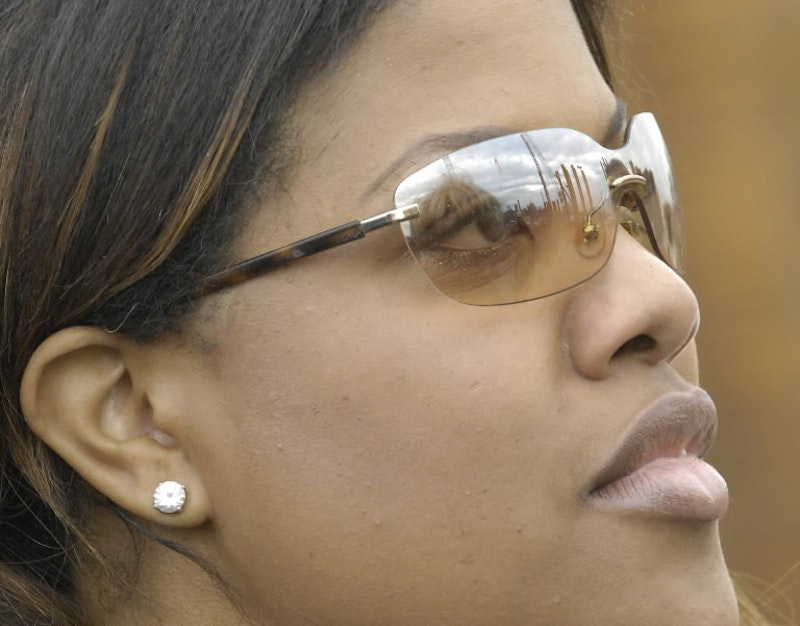 Meet Stephanie Rawlings-Blake, Baltimore’s mayor in-waiting. She’s political royalty, a black princess, if you will. Don’t expect to see her in orange coveralls dangling from the back of a garbage truck or on her knees in the dirt planting sprouts and shoots in a community garden.

She’s been seen shopping at Wegman’s in Hunt Valley, easily a 20-minute drive from her home precinct and a whole different greensward world from the gritty-gritty city-city and its discount grocers. Rawlings-Blake is an impeccably coifed, lint-free dresser who once demanded the formality of being addressed as “Madame President,” which she is and which she believes ranks her above the hoi-polloi. She later unwound and apologized, kind of.

If the torch is passed from Mayor Sheila Dixon to City Council president Rawlings-Blake, her successor under city law, the greatest change in Baltimore will be the style of governance of the city if not the list of municipal woes. The impression is that Rawlings-Blake wouldn’t know the difference between a street corner and a Beltway exit. It almost appears as if Rawlings-Blake is so antiseptic that she wouldn’t touch a person or an object without rubber gloves and a squirt of Purell. She lacks what political practitioners view as the instinctive “feel” for the rhythms of the city and its people.

Rawlings-Blake would inherit a city that is caught in a severe financial squeeze, a city that is populated, in part, by feuding drug dealers and violent gangs, one with a nationally ranked murder rate near the top of the charts, where building and home sales are at a standstill because of the credit freeze, a city that is a vassal state that relies on the generosity of state and federal governments. Is the reserved, almost standoffish, Rawlings-Blake ready to jump into the middle of all of that?

As the late columnist Molly Ivans observed, “I long since decided that if the candidate doesn’t have some Elvis to him, he ain’t gonna make it.”

By contrast, Dixon is one tough tootsie who takes no guff or gruff from anyone. She’s out on the streets or at public events as much as she is in her office. Dixon has displayed a knack for surrounding herself with exceptionally capable aides and department heads despite her lapses in judgment and demeanor on other matters.

Dixon’s a fanatic for “green” and “clean” as well as a workout addict who’s often seen in jogging outfits and baseball caps in contrast to her elaborate get-ups of Armani and Jimmy Choo at public events. And in case anyone wants to challenge her ability to deliver a knockout punch, she also has a belt of one color or another in Karate. Dixon’s style of governance is brash; Rawlings-Blake’s is reserved if not chilly.

Simply put, the redoubtable Council member Mary Pat Clarke (D-14th)—herself once Council president whose service dates back to the days of William Donald Schaefer—described Dixon in a television interview as “the best mayor I’ve ever worked with.”

In the minds of many, Dixon might have to go, one way or another, but she’ll be a tough act to follow as mayor, as most observers—including several of her jurors—acknowledge. And the wonder is whether Rawlings-Blake has the equipment and the determination to drive the impecunious city that, as they say, is on its uppers. There is also a question about her very thin portfolio of legislative achievements, most recently her live entertainment bill and her truth in advertising requirement at pregnancy counseling centers.

Another major consideration is Rawlings-Blake’s willingness to withstand the inconvenience of regular microscopic examinations of her every move, utterance and interest, both professional and personal. The Baltimore Sun has already peeled back a layer of her financial difficulties:

In March 2004, the condominium association at the Coldspring North complex where she lives filed a lawsuit against her for more than $5,000 in assessments, which she failed to pay despite a lien against her residence, court records show. In late 2005, Capital One Bank brought suit against her for $1,800 in unpaid debt. And in early 2006, lenders began foreclosure proceedings on her home, after she became delinquent on a $65,000 mortgage.

According to The Sun, all debts were paid and cases dismissed. This illustrates the kind of close scrutiny she will have to undergo.

As every political hobbyist knows, Dixon was convicted of misappropriation of $500 in gift cards which were intended for the city’s needy, a misdemeanor that carries with it fines and penalties which could mean her removal from office and loss of her pension. Under a 1977 attorney general’s broad interpretation of the state’s Constitution, Dixon would have to resign upon sentencing (instead of conviction) unless she decides to voluntarily leave office earlier. And if she were to receive probation before judgment, the conviction would be expunged and she could remain as mayor. Dixon faces a second trial for perjury in March, 2010. Rawlings-Blake would succeed Dixon automatically.

Rawlings-Blake came to public office through the patrimony of her late father, the esteemed Del. Howard Pete Rawlings (D), a formidable presence in West Baltimore politics as well as in the General Assembly where he was chairman of the House Appropriations Committee. In the State House, Rawlings liked to display a copy of The Art of War, a 2500-year-old survival manual that is as relevant today as it was then.

Rawlings-Blake was elected to the City Council in 1995, the same year she graduated from the University of Maryland School of Law, and became its president in 2007 when Dixon succeeded Gov. Martin O’Malley as mayor. Rawlings-Blake has spent most of her professional career as a public defender in Baltimore.

The most aggrieved constituency in Baltimore appears to be black women, the very political base that elected her the first female black mayor of a major city in America, a conviction they feel is humiliating after the honor they awarded her. As if to underline the point, it is the black female members of the jury that convicted Dixon who’ve been most vociferous in their criticism of her behavior.

Dixon was first elected to the City Council in 1987, a product of the rough-and-tumble politics of West Baltimore’s old Fourth District. She was elected citywide as Council president in 1999 and succeeded to the mayor’s office in 2007 in the falling dominoes that sent O’Malley to Annapolis and Rawlings-Blake in Dixon’s wake as City Council president. Dixon’s professional career includes 17 years in trade development for the state and years as a teacher with a master’s degree from Johns Hopkins University.

When Dixon became mayor, she received widespread acclaim for the aggressive manner in which she plunged head-on into the job with an impressive list of appointments and almost non-stop appearances on the streets and at public events. She was almost nagging her constituents to get their acts together and to get the city ticking again.

The brooding question is: If Rawlings-Blake gets the call, can she muster the moxie to do the same?