I avoid politics at all costs. 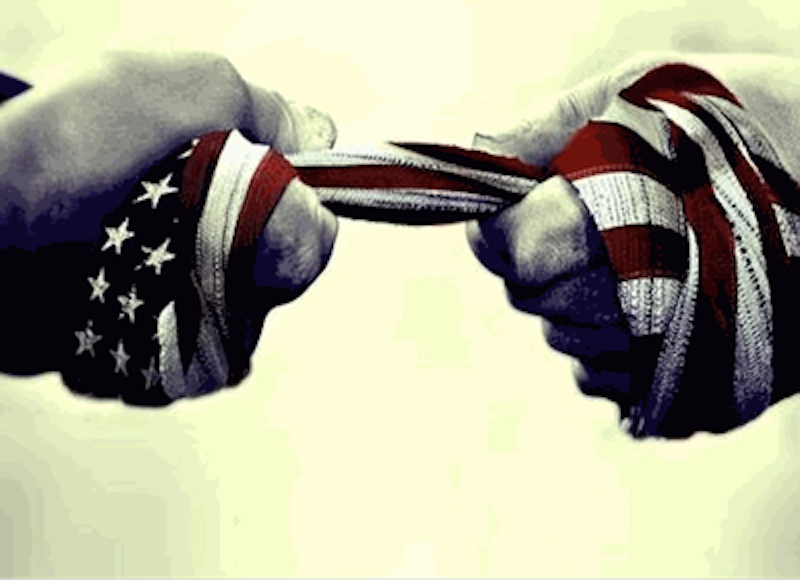 Each day in the United States, pride and democracy falls apart more. Many supporters of the present administration feel differently, though. They believe positive change is happening despite growing divisiveness among Americans. I tread lightly when around friends who disagree with me. I avoid politics at all costs. When my children were in middle school, a difficult time for kids and educators, teachers all seemed afraid to change a system that had lost respect and tolerance for students. This came from a principal who ruled through fear. She didn’t inspire kindness, acceptance, or fairness, and the whole school suffered. The atmosphere became so toxic that I made the decision to homeschool my son in eighth grade. Parents and many of my son’s classmates wished their circumstances were different so they could, too.

There’s a similar pattern in our nation. I wonder where our courageous leaders are. Public officials are bound by the values of integrity, transparency and accountability. All these qualities underpin public trust. We expect the highest standard of conduct from our leaders, and trust they will make sound decisions for the good of the nation. I try to see our nation through the eyes of our allies and adversaries around the world, and wonder if we still represent a civil society doing its best to ensure democracy. It’s difficult to avoid negative peddlers that undermine confidence and create chaos. It’s discouraging to watch some of our representatives putting office above country. I see leaders who lack the courage to do what is right. Where is the steady hand on the American helm? When I listened to Barack Obama’s acceptance speech for the JFK Profile in Courage Award, I was at peace for a night. I fell asleep feeling hopeful.

Obama said it best when he quoted a passage about congressional courage President Kennedy’s book that read, “The desire to maintain a reputation for integrity that is stronger than the desire to maintain office, a conscience, a personal standard of ethics, integrity, morality that is stronger than the pressures of public disapproval or party disapproval, a faith that the right course would ultimately be vindicated, a faith that overcame fear of public reprisal.”