Almost Nobody Knows What The Great Replacement Theory Is

But Democrats say that the GOP's "mainstreaming" it. 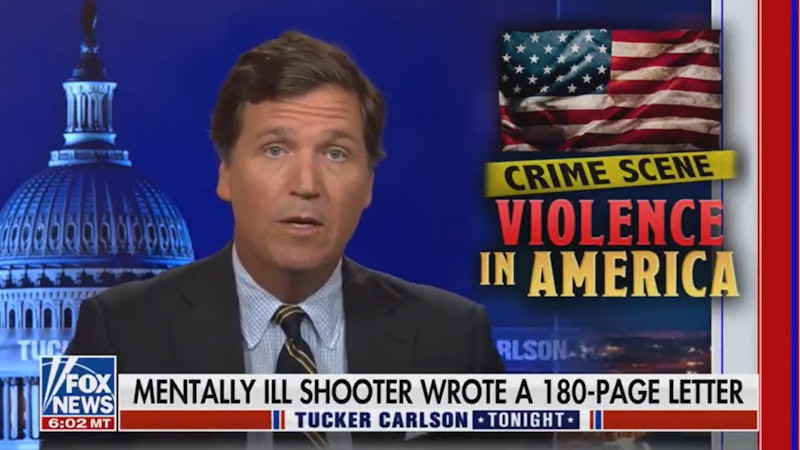 After the hatred of black people among a small percentage of Americans manifested itself in the most horrific manner possible at the Buffalo supermarket massacre, I immediately began hearing chatter from Democrats about The Great Replacement theory, and how the GOP is "mainstreaming" it. That brought to mind the Charlottesville, Virginia white supremacist rally that first exposed me to this bizarre conspiracy theory. Modern-day KKK types were chanting, "Jews will not replace us" while carrying tiki torches.

Finding it confusing (but hardly surprising) that progressives were trying so hard to link the Buffalo tragedy with the GOP (although they drew no comparable conclusions when a Bernie Sanders supporter shot five people in an attempted mass murder in 2017 in Alexandria, Virginia), I looked into the matter. When such connections are attempted for political gain, they're usually based on half-truths, and this one is no exception. I learned that "The Great Replacement" theory can be traced back to early-20th century French nationalism, which I suspect that less than one percent of the Twitter blue checks blithely commenting on The Great Replacement theory know. But it was French writer and critic Renaud Camus who popularized the phrase among today's white nationalists when he published an essay titled "Le Grand Remplacement" in 2011. Camus was apparently influenced by Jean Raspail’s racist novel, The Camp of the Saints.

Former Labor Secretary Robert Reich recently claimed on Twitter that Republicans are banning abortions (the forthcoming overturn of Roe v. Wade will not entail a "ban" on any abortions) and "mainstreaming" the "white supremacist Great Replacement theory." Because Reich's a progressive icon, many will accept that statement at face value, although it's false, as is most of what he says. Renaud Camus believes that native white Europeans are being replaced in their countries by non-white immigrants from Africa and the Middle East, and the end result will be the extinction of the white race. This alarmist belief dovetails with the American white supremacist claim of the impending destruction of the white race, which they call "white genocide." While Camus wrote nothing about Jews, American white supremacists (actual Charlottesville-white-power-rally-type white supremacists, not the political opponents who progressives now routinely call "white supremacists) blame Jews for non-white immigration to the U.S., so The Great Replacement theory is now associated with anti-Semitism.

Therefore, Reich is telling us that Republicans are pushing the theory that the Jews, in cahoots with the Democrats, are behind the influx of brown people flowing across the southern border at a rate greater than it's been in 100 years. Just about every Democrat I've discussed this issue with lately assures me that Fox News' Tucker Carlson routinely endorses The Great Replacement theory, and the new narrative from the Left is that the entire Republican Party also endorses it, just like those neo-Nazis in Charlottesville once did.

Judd Legum, a progressive with over 500,000 Twitter followers who publishes a political newsletter, tweeted the following after the Buffalo slayings: "A self-described white supremacist traveled to a black neighborhood and murdered 10 people today, leaving behind a manifesto on the Great Replacement theory—a racist conspiracy theory endorsed repeatedly by Tucker Carlson, the nation’s most-watched political pundit." Carlson often talks about "replacement" when he's suggesting Democrats want to change the electoral base by opening the borders, but he's referring to the Democrats' border policies being designed to increase the number of potential voters for their party, not to Jews who wanting to effect "white genocide."

Legum wants his audience to think that there's a link between Carlson's talk about the Democrats' border policy and a mentally-ill racist who once wore a hazmat suit to his high school traveling to Buffalo to kill blacks, even though he knows there's no evidence the murderer ever watched Carlson's show.

Reinforcing the key fact that the Hitlerian Great Replacement theory is about a Jewish conspiracy is that the insane white guy who murdered 10 black people in Buffalo wrote a manifesto that's riddled with anti-Semitism. Any time you hear a Democrat claiming that mainstream Republicans support The Great Replacement theory, they're telling you that those Republicans believe that Jews, working with Democrats, are working towards "white genocide."

NPR wrote, "In short, The Great Replacement theory states that non-white individuals are being brought into the United States to replace white voters to achieve a political agenda." In short, this is incorrect. Replacement theory is a racial theory, not a political theory. It says nothing about "voters." Proponents just hate non-whites and don't want to live amongst them. They don't want what they call their "white purity" diluted in any way, whether from immigration or by DNA, and they don't care if the non-white person living next door to them votes Republican and flies the American flag every day. The neo-Nazis espousing The Great Replacement theory have a slogan they call "14 words": "We must secure the existence of our people and a future for white children." People like Legum, and media outlets like NPR, will have you believe Republicans also adhere to these 14 words.

The Democrats are disingenuous on this matter because they want to lump in any questioning of lax border policies with a belief in The Great Replacement theory, and they're dishonest when they try to link these neo-Nazi views Republicans allegedly hold with the murder of blacks in Buffalo. From the early part of this century, it's been a Democratic staple to talk about how changing demographics in this country (meaning the percentage of the white population is dwindling) is going to make the GOP irrelevant. In 2002, John Judis and Ruy Teixeira published The Emerging Democratic Majority—a book that convinced many liberals that the future, because of changing demographics, belonged to the Democrats. Obama often referenced that idea, as did the mainstream media. It's hardly cynical, and in no way racist, to suggest that the Democrats might want open borders to gain more voters, even though they seem clueless about how to win over Latino voters in general.

Odette Yousef, writing for NPR, claimed, "The Great Replacement theory isn't fringe anymore, it's mainstream." I wonder why, when GOP politicians Marjorie Taylor Greene and Paul Gosar went to a conference hosted by an actual white supremacist, Nick Fuentes, Kevin McCarthy condemned it. And why did the GOP strip Rep. Steve King, R-IA, of his committee assignments when he said he didn't understand why "white supremacy" is offensive?

My guess is that all this panicky talk about The Great Replacement theory is a reflection of how bad the Democrats' electoral prospects are in November. They're desperate for something to build on, but this won't be it. That's just politics as usual, but trying to link the GOP, Fox News, and Tucker Carlson to the Buffalo murders is despicable and divisive.