A High Price to Pay 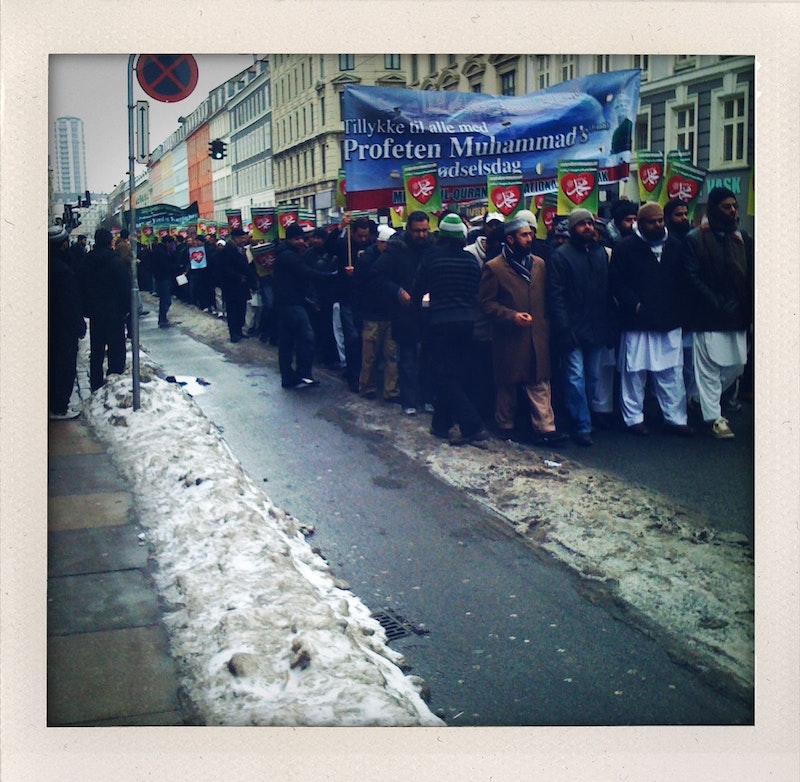 Not too long ago, Splice Today covered the accidental event that was Everybody Draw Mohammad Day. As you may recall, it all started with a comic lampooning Comedy Central for making changes to a South Park episode poking fun at Islam. The artist, Molly Norris, called in jest for April 20 to be a day for everyone to draw the prophet and thereby “water down the pool of targets.” Though she was joking, the comic struck a nerve, went viral, and actually resulted in a Facebook page where many took the comic at face value and gladly submitted their artwork.

Everybody Draw Mohammad Day has come and gone and the news cycle has long since forgotten the story, but for Norris, the repercussions keep on coming. In June, the Yemeni-American cleric Anwar al-Awlaki, who has been cited as an inspiration for the Fort Hood massacre and a another plot to kill U.S. soldiers, wrote in a radical Islamist magazine that Norris was a prime target and that she belonged in hell. After some investigation, the FBI concluded that the threat was genuine and recommended that Norris “go ghost,” essentially disappearing and starting over again with a different name somewhere else.

And this week, this is exactly what she did.

As of now, there is no longer any Molly Norris. She won’t be submitting her cartoons to the Seattle Weekly or City Arts. She gave up all the progress she’s made in her career, the familiar places she loves, unrestricted access to family and friends, peace of mind and even her own name, just because she spoke out in defense of the First Amendment.

That is distressing enough, but what is more troubling is the response of some in the blogosphere, even on the liberal side, that can be summed up as “Well, that's what you get for messing with fire.” As Xeni Jardin at BoingBoing put it:

You gotta put this in context. There's also this little thing called a war going on. Iraq. Afghanistan. Koran burning or Mohammed-mocking are seen by some as a symbol for the occupation and military offense taking place within their countries' boundaries, against their will. In context, while no one among us condones this sort of thing, or wishes to excuse it away—one can begin to understand why the fringe reactions are so extreme. ...You have to know what you're getting into, when you take a provocative stance on what is a really, really inflammatory topic right now...

In other words, there is a price to pay for free expression.

Sorry, but that's not how it's supposed to work. The principles not only give us the right to express ourselves, but in tandem with other laws, protect us from consequences out of proportion with our speech. If I write something that offends you, you can boycott this publication, you can write an impassioned reply, you can tell everyone who will listen why I am wrong, you can even scream to the heavens that I am an idiot and a simpleton if you feel like it, but you cannot punch me in the face. It simply does not matter what I wrote to offend you in the first place, because violence as a response to the written word will always be out of proportion, and also illegal.

Norris is the victim here, and suggesting that was happened is in any way her own fault is wrong. Instead of blaming her or rationalizing the actions of criminals, we should be offering whatever support we can, even if it is only solidarity in the face of ridiculousness.