A Fit of Nerves Before the Invasion

I’m feeling a bit leery about occupying the Ukraine. 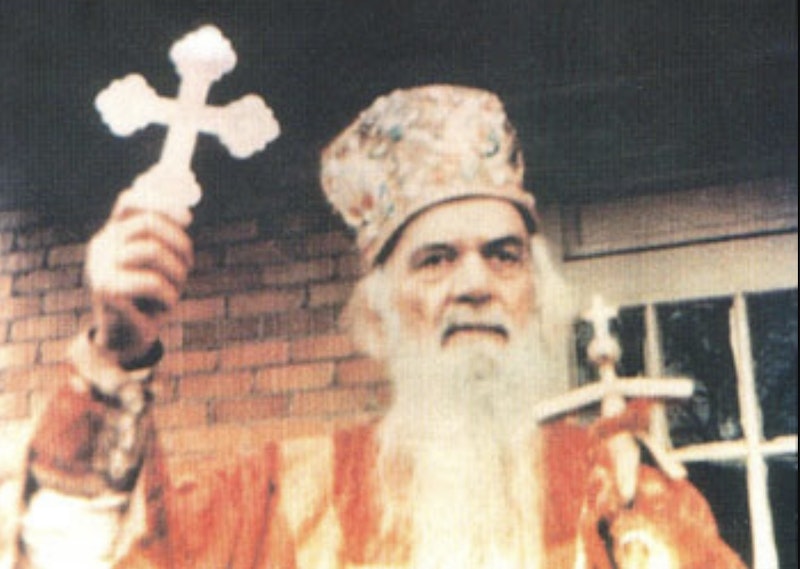 The Feast of Saint Nikolai passed on December 6. That’s the feast day on the Russian church calendar on which the namesake saint visits the homes of the faithful, leaving gifts for their youngsters. This wonderful myth seems to predate Europe’s Santa Claus myth, another crackerjack example of the way Great Russian culture has tended to precede other cultures when it comes to accomplishments both great and small.

This past Sunday was the first day on which we gathered for mass since the Feast of Saint Nikolai, and after the ceremony, as Father Nicodemus mingled with parishioners in the mud outside our little church (the hems of his robes dragged in the filth—how wonderfully earthy!), I jocularly asked him if he’d gotten everything he wanted this year from the saint.

“Not yet, Ivanchik,” my priest chortled in response, using the diminutive form of the Russian version of my name. “But I have the feeling that Saint Nikolai is going to team up with Saint Vladimir Vladimirovich Putin to put a couple hundred thousand dead Little Russians under my tree by January 7, the Feast of the Nativity of Our Lord according to our holy Orthodox calendar. All of them wrapped up in festive tinsel like the boxes produced by the gift-packaging department at GUM, the wonderful department store founded by the Soviets on Red Square.”

This witticism drew peals of laughter from the assembled parishioners, but I find myself less triumphalist than my co-religionists and fellow paleoconservatives about the impending Great Russian invasion of the Ukraine. Most of us assume that it’ll be easy to invade the Ukraine, occupy every inch of it up to its EU borders, reduce the nationalist-fascist city of Lviv to rubble, and mass murder the intelligentsia while banning the Ukrainian dialect, poisoning the country’s president, and installing a Lukashenko-like, but more reliable than Lukashenko, pro-Kremlin dictator in Kiev.

I’m not so sure. The long-term occupation of a geographically large country of more than 40 million people is no joke, even for a country as wonderfully adept at occupying other countries as Russia is. And then there’s the unpleasant fact that Ukrainian anti-Russian terrorists (but is there any other type of Ukrainian?) will be drowning in weaponry funneled to them by Western intelligence agencies over the Ukraine’s borders with the EU.

Perhaps I should be of good cheer and trust in fate, Russian competence, and, of course, God. Spearheaded by the American members of our little spiritual community (American converts to Russian Orthodoxy tend to be especially zealous and pious), our church has been gathering funds to commission a stained-glass window depicting Russian artillery shelling Ukrainian-fascist children’s hospitals in the Donbass while angels of mercy descend on the holy gunners, bringing them buckwheat kasha mixed with sunflower oil and chunks of beef in steel ration cups, to succor them against the cold.

It occurs to me that the last time our church community collected so much money so fast was when Father Nicodemus wanted a Rolex. The watch in question, studded with diamonds, sparkles like the raiment of the seraphim in our dim little church as Father celebrates the mass on an Advent-season Sunday.