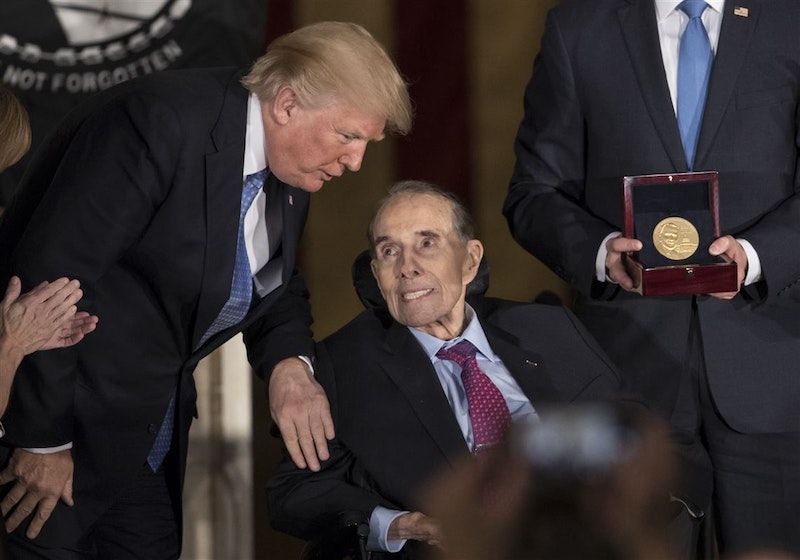 At this point, when a liberal political pundit bemoans the lack of “adults in the room” (or exults, like when Biden first took office, that the “grown-ups are back in the White House”) it no longer irritates me. The phrase has transcended the pedestrian realm of cliché and passed over to common parlance, and now the imbecility simply cracks me up. What’s a reader to do? I suppose you could go “off the grid,” and ignore all newspapers and websites, as some, like my no-fixed-party-affiliation nephew does in a remote part of Colorado, but I’m too set in my ways to discard The New York Times and Wall Street Journal that arrive early each morning. I take the visual shellacking and file it away; sometimes the family dog Billy Smith is a distraction as he playfully gnaws on my arm, and I momentarily forget that New York Times columnist Paul Krugman has become a rich man by repetitiously preaching to his rapturous audience about morals, rapacious Republicans who want nothing more than to reduce taxes on the rich (like Krugman) and Donald Trump. Is Paul Krugman a threat to democracy? I don’t think so, but if the Democrats engineer a coup in 2024, installing a CIA-approved figurehead as president, Krugman (or Brian Stelter) would be a logical candidate for the Royal Scribe.

I’ll return to Timothy Carney’s accurate portrayal of Krugman’s hypocrisy last week in The Washington Examiner—on the subject of the now semi-canonized Bob Dole (he didn’t merit The Full McCain, but The Son of the Prairie received his obituary dues from men and women who despised him in life)—but first an anecdote from 37 years ago that illustrates that Carney’s slap at liberals (“The only good Republican is a dead Republican”) didn’t originate in this century.

I’d attended a weekend 1984 fundraiser for a local Maryland official who was prepping for an ’86 gubernatorial run (he lost) at some political barn in South Baltimore, along with Phyllis Orrick, who covered local politics along with me for Baltimore’s City Paper. Walking to the parking lot after the drab affair (even the candidate found it difficult to muster a smile, despite his affected Kennedy hairstyle and hand movements), we ran into a popular columnist for The Baltimore Sun. We were third-hand acquaintances—in a small city, you run into the same people at such functions—and out of nowhere, he mused to the four or five people in the vicinity: “Where have all the heroes gone? Where’s JFK, Martin, Mickey Mantle, Bobby and Earl Warren?” The translation was clear: the candidate we’d just mingled with was a minnow, as were other local pols and national candidates, and he was especially worried that the Democrats wouldn’t field a presidential candidate to take on the pure-evil Ronald Regan (in some ways, at least to liberals, the Trump of his era). It was a “Where are the adults?” question, though that phrase hadn’t yet been coined.

The Sun columnist’s lament was laughable, and in the following issue of City Paper I parodied him, which wasn’t allowed, and, ticked off, he retaliated by writing a negative story about City Paper, “more out of sadness than anger,” and likened my weekly to a schoolyard bully crying out for attention. In fairness, that was the result I’d hoped for, since publicity in the city’s major paper wasn’t, in those days, negligible, and The Sun’s editor saw fit to run my letter-to-the-editor a few days later. There was no downside. As it happened, this once-revered columnist (at this point I’ve no interest in embarrassing the man) was drummed out of the business in 2006.

Anyway, Carney nails Krugman for his recent Times column, “Where Have All the Grown-Ups Gone?”, the latter’s vessel for attacking Republicans still living, while praising the late Dole for his “grown-up” willingness to forge bipartisan legislation with Democrats for the good of the country. “It’s not just that [Dole] was a war hero, or that he reminds us of an era in which the two parties were willing to work together in the national interest. His life story also reminds us of a time when public figures were supposed to show some sense of responsibility—to possess basic decency, to admit to mistakes when they made them…” And then Krugman launches his 938th attack on Trump, though he never mentions that Dole supported the former president in both 2016 and 2020, which some might think was germane.

But Carney has Krugman’s number, writing, “In fact, [Krugman] attacked Dole on the exact same grounds he uses today to contrast Dole against today’s horrible Republicans. During the 1996 election, Krugman wrote, ‘It is a shame that we must choose between the lesser of two evils, but we must. [Krugman, as Michael Lind wrote last month in Tablet, was one of the first economists to endorse Bill Clinton in 1992, but turned against the President when he was denied a seat at Clinton’s table.] Mr. Clinton’s sins are venial when compared with the desperate irresponsibility and cynicism of [Dole].’”

Krugman concluded that 1996 column: “Some people say that this election is not only about policy, but also about character. I agree. But when I look at Bob Dole, I see a man who for the sake of ambition would choose to gamble with the very solvency of our Government. Mr. Clinton offers the public an empty economic plan. Does he deserve to win? Maybe not. But Mr. Dole deserves to lose.”

But now Dole’s expired—at least Krugman didn’t say he “now belongs to the ages,” which is undoubtedly reserved for Jimmy Carter—his “ambition” extinguished, and has become a grownup. Leaving the special case of McCain aside—after all, the political hack bragged, correctly, that his “base” was the media—the flowery praise heaped upon deceased Republicans like George H.W. Bush and Colin Powell is, at first blush, remarkable. Except that it isn’t.

Bret Stephens, the New York Times columnist who’s always in a pickle, either with fellow #NeverTrumpers who believe he’s a bit squishy in the cause, or conservatives who remember his almost-always cogent columns for The Wall Street Journal, wrote on Dec. 15th that Joe Biden ought to announce, now, that he won’t run for reelection in 2024. He says: “The man who once gave his party hope now weighs on his party’s fortunes like a pair of cement shoes.” He adds, “And it needn’t diminish his presidency. George H.W. Bush accomplished more in four years than his successor accomplished in eight.” Stephens is an outlier, a generally conservative man who simply detested Trump. But Bill Clinton-bashing! Absolutely! More 1990s nostalgia.

Let’s not forget The Washington Post, the fretting-about-democracy-dying newspaper that also had strangely kind words about Dole. Quoting former Sen. Bill Bradley, from 1996, who said, “I mean, he always kept his word. He listened very carefully. He never held a grudge.” (I doubt that; after he lost the 1988 New Hampshire presidential primary, he aired his bitterness about the victor, G.H.W. Bush, who allegedly “lied about [Dole’s] record. It’s likely a grudge by the GOP’s “Hatchet Man” that was held.) The Post concludes: “This was, keep in mind, a prominent Democrat discussing the leader of the Senate’s Republicans, and it was barely 25 years ago. Kind of makes you wish there really was a bridge to the past.” I’d guess the elderly staff the Post has kept on does wish for a “bridge to the past,” but as far as I know, time travel hasn’t yet been invented (or perfected!).