A 2022 Problem for Republicans in Massachusetts

The fallout from Charlie Baker’s decision not to seek reelection. 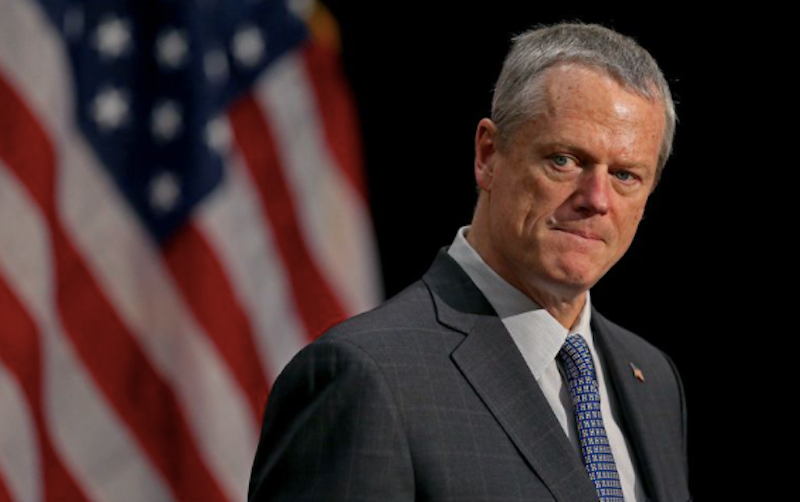 Massachusetts has a history of electing Republican governors. In the past 30 years, Deval Patrick is the only Democrat to serve as the state’s governor. That may change in 2023, and it’ll make the state different, regardless of what some on the right think.

Since Baker’s out, as is Lt. Gov. Karyn Polito, the liberal-to-moderate establishment wing of the Republican Party now lacks a candidate. That wing doesn’t have someone with statewide name recognition like Baker. It’s a deep blue state so Republicans don’t hold any other statewide elected offices and Democrats have had a supermajority in both chambers of the legislature throughout the 21st century.

Even if the liberal-to-moderate establishment wing had a candidate, they’d have a hard time winning a primary. The establishment wing has money, but they don’t have Donald Trump. The former president is popular with registered Republicans in the state, and he endorsed former state representative Geoff Diehl (R-Whitman) in October. As an open Trump supporter and perceived as conservative Diehl’s popular with a lot of Republican primary voters. Plus, he ran for U.S. Senate against Elizabeth Warren in 2018, so he has better name recognition than others.

While that’s beneficial for winning a primary, it poses a problem in a general election because most Massachusetts voters dislike Trump. It allows the Democratic candidate to frame the race as if they’re running against Trump instead of the actual candidate. If Baker openly supported Trump, he probably would’ve lost his re-election bid in 2018.

A Baker-Diehl primary would’ve been competitive. Baker’s wealthy, knows wealthy people, already has more than $200,000 in his campaign account (and Polito has a couple of million), and the Republican Governors Association pours millions of dollars into races to help incumbent Republicans stay elected. The RGA wouldn’t spend on an establishment Republican in an open-seat primary.

Also, Massachusetts has open primaries. Since Baker isn’t running, more Democrats will run for governor and those kinds of voters are more likely to vote in a Democratic primary. While many on the right are happy to see Baker go, it means the liberals in the Democratic Party will likely pass more of their agenda.  Over the past few legislative sessions, there have been pushes for the following policies with significant support from the Democratic Party: legalizing physician-assisted suicide, banning Native-American mascots from public schools, establishing controversial statewide guidelines for sex education, making Massachusetts a sanctuary state, allowing illegal immigrants to get drivers’ licenses, expanding the state’s already extreme abortion laws, and enacting Medicare-for-all at the state level. Some Republicans are guilty of supporting these policies too, except Medicare-for-all, but they’re not Baker’s priorities.

If you have a governor of Massachusetts that opposes the above, it takes 107 votes to override their veto in the Massachusetts House of Representatives instead of 81 votes to pass a bill (two-thirds versus a simple majority). The Massachusetts Democratic Party isn’t a monolith. There are some conservatives and moderates, but liberals are the majority in the legislature followed by progressives. They don’t always agree on policy and House speakers typically don’t bring a lot of bills up for votes; it’s one of the least productive legislatures in the country despite being full-time and one of the highest-paid.

I like it when the legislature doesn’t much done. If someone like Massachusetts attorney general Maura Healey or U.S. Labor secretary Marty Walsh becomes governor, I’d support giving the legislature a pay raise to not pass any bills. Otherwise, it’ll be a rough eight years for conservatives in Massachusetts.