My Samurai, My Classmate

Media representations of the samurai-sword incident seem reductive from a Hopkins student's point of view. 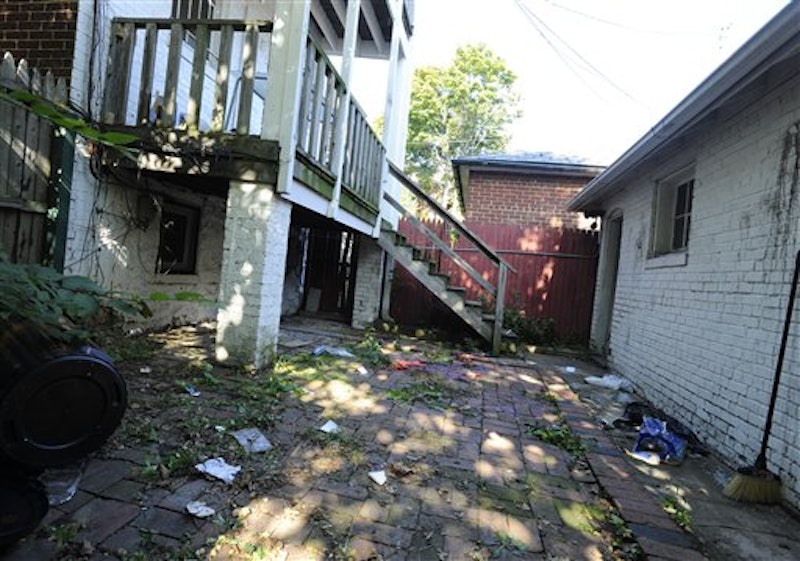 Last week one of my fellow students at Johns Hopkins University killed a man. When you get down to the bare bones of the situation that is the one unquestionable fact. At one point on the night of September 15, a burglar broke into the student's home and made off with a Playstation and a few other possessions. When the perp returned for round two the student, John Pontolillo, killed him. If Pontolillo's weapon of choice had been ordinary, a very different story would have played out. Had he used a gun or a knife, the Hopkins student body would most likely have acknowledged some of the broader issues at hand that makes this a tragic story: the psychological aftermath, the legal and moral implications, and, most significantly, that someone was stabbed and killed very close to campus. But Pontolillo didn't use a gun or a knife; he used a samurai sword, and his weapon of choice made him a celebrity overnight.

Like our counterparts in other schools, JHU students here love attributing nicknames to some of the more eccentric student personalities. We have Pirate Girl, who dressed as a pirate every Thursday during the 2006-07 academic year for reasons no one was ever able to ascertain. We have Comic Book Guy, a kid who looks and dresses exactly like the famous Simpsons persona. We have the Jewish Cowboy, which is exactly what it sounds like. And on September 16, the Hopkins Samurai entered this illustrious list.

On the morning following the incident, my Facebook news feed was almost completely dominated by references to the samurai sword incident, and the general theme was not one of concern; it was Wu-Tang and Kill Bill. And while Facebook status updates are far from a reliable indicator of the student body's general sentiment, that day I didn't come across an actual conversation about the issue that didn't bear an aspect of humor.

So what really happened? The facts delivered by the media, typically, leave several gray areas. John Pontolillo was robbed and instead of calling the police, he grabbed his sword and waited. When the burglar came back, he was killed in the backyard. What was Pontolillo doing in the backyard? Was he standing guard? Searching the area? Did he go outside after seeing the burglar? Did the burglar make an attack even though he was unarmed? These underlying questions seemed to take a backseat when Hopkins students canonized Pontolillo as a hero, and the shock over a death was muted by Pontolillo's celebrity status. But this is not strictly a Hopkins phenomenon.

From a national perspective, celebrities simply aren't real. Personas like Paris Hilton or Britney Spears aren't actual people; they're the culmination of what the media and the general public want them to be. Over the past few months, when what seems like an unusual number of celebrities have knocked off, the prime example that comes to mind is obviously Michael Jackson. Jackson lived a troubled life, riddled by psychological confusion and sexual controversy. He was a tortured individual, but at the time of his death, no one wanted to remember Jackson the man who was subject to all these problems; people wanted to remember Jacko the icon, the King of Pop. Like Pontolillo, Jackson was transformed through what the public wanted to see.

This numbness to reality is exemplified by an annual activity in which a friend of mine participates. Each year, he and a select group of friends and family participate in a "Death Pool." It works similarly to fantasy football: the group meets up and drafts celebrities that they think will die in the upcoming year. Varying points are awarded based on pre-determined criteria regarding likelihood of death. For example, Ted Kennedy and Patrick Swayze would not have awarded major points this year due to their medical conditions, but Michael Jackson's unexpected death meant big points. I originally thought that it was a morbid little game that they invented, but after looking it up I found that there is an actual website that organizes the activity. The website's tagline reads:

This is The Home Of The Celebrity Dead Pool. Stiffsville. Death Central. We make fun of famous people and the people who make them famous (i.e. you), and our main instrument of ridicule is our contest, The Lee Atwater Invitational Dead Pool.

The underlying assumption of the Death Pool is that whatever amount of grief that entails the death of a celebrity is paralleled and even overcome by a sense of victory. In the Death Pool, the celebrity is not our fellow man, but an investment, a lifeless piece of stock. The people who participate are rooting for people to die to reap the rewards. I can't imagine a situation where similar criteria could apply to actual human interaction.

But back to Pontolillo. In truth, he shouldn't be glorified or condemned. His story could be one of a student defending himself in a dangerous city just as it could be one of a scared kid who went too far. We don't know. The Baltimore Sun's Barbara Kutco portrayed the story in a racial context because it fit into what she wanted to say. Hopkins students portrayed the story as a somewhat odd tale of heroism for a similar reason. Neither depiction is necessarily justified and neither depiction is necessarily true. It just fits what they want to hear.