Gabriel Baker recently looked at the new "Capital Gains" program in Washington, DC schools. Here, an older article shows why he's so invested in the board's efforts to reform the education system. 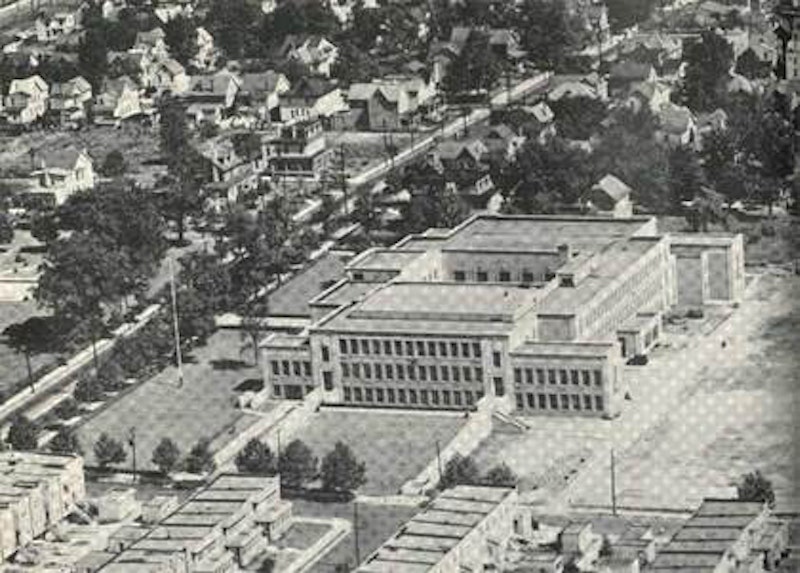 I wrote an article several weeks ago about the Fort Reno concert series here in Washington D.C. The event is a summer long affair that, for years, has taken on the identity and diversity of the city's music culture. Just recently, park officials and the public alike were informed that the soil surrounding Fort Reno Park had levels of arsenic 25 times the safe threshold. The day of the announcement, district cops fenced off the area with no set timetable for the park's treatment or reopening. From an outsider's perspective, this story is extremely troublesome: the land nestled between two of the city's prized public schools (Alice Deal Junior High School and Woodrow Wilson High School) turns out to be incredibly toxic and the local government has only now acknowledged the fact. But it only adds to a list of woes that include high levels of lead and mercury in the drinking water, a struggling school system where only nine percent of its students graduate from college, and a local administration that rarely seeks out accountability. But I suppose we have that same problem on a national scale. The startling thing is that the dysfunction and neglect that often surrounds the D.C. school system is actually embraced by a lot of its students and alumni. It's a hard thing to explain but, as a former student, I'm going to try.

The latest arsenic incident has played out like most of the other school zone hazards of my youth. There have been no apologies from the city or admission of failed service. Only the same rhetoric that feigns interest in the safety and protection of the students and residents. In this instance, Mayor Adrian Fenty has claimed that the contamination is confined to just a couple hot spots and not a serious threat to public health. Of course this does not assuage the fear of all the neighborhood residents who regularly head to Fort Reno Park for soccer tournaments, fairs, or just to walk their dogs. And their concern for their health might be justified by reports from the EPA that do not line up with Mayor Fenty's assessment.

My former high school has been plagued with far worse than health risks. During my high school career, each year saw new violence take the lives of students. None of the deaths took place on the premises of Woodrow Wilson, but they were certainly felt in and around the building. Fights broke out regularly during lunch, during basketball games, and occasionally in class. One year, the brick walls that enclosed the pool inexplicably fell down. For months all that kept people from climbing into the building was a plastic tarp and a couple pieces of plywood. Many people engaged in late night rendezvous at the pool, not really to swim, but rather to see what kind of stuff was laying around for the taking. I do know someone who took off with a box of wrestling medals from the athletics office. All of them were for third place for some reason.

This seemed to happen every day. The outrageous became the norm and my friends and I found it strangely captivating. The shenanigans that took place were far worse than everyday pranks. We often found ourselves describing acts of arson and theft as humorous and tasteful. Like when someone set the baseball coach's lawn mower on fire. He used to ride it everyday; cutting grass that didn't even need to be cut. So when word got out that his mower was charred and crispy, the humor was just too priceless.

The relationships between students and teachers were similarly combustible. Very few administrators had the right balance of charisma and strength to handle eccentric students. Often, kids would loiter around the halls during class, egging on teachers to step outside and front some kind of chastisement before walking down the hallway another couple of feet. The really successful teachers were often those who learned to take humiliation in stride.

All of the flaws and bureaucratic pandemonium made for an extremely bizarre social environment. Schoolyard humor was often laced with faux-violent references and racial comfort. Since the class was divided 55 percent black, 20 percent Latino, and 20 percent white, there was a constant presence of race and ethnicity in all conversations. Nothing we said was politically correct. One year, a person kept calling in bomb threats during sixth period. I was positive it was someone in my Elementary Functions class because it was an unbearably awful 90 minutes with a devil of a teacher who made me buy him chips from the vending machine on two occasions without reimbursement. So we would all get scooted outside and wait for an hour as the dogs sniffed every room. Waiting out there, we couldn't help but notice the planes that soared hundreds of miles behind this one smokestack, but because of the angle it looked like they were flying straight toward it. There was no joke to be made out of the sight, but we all watched the planes go by with the same idea. After all, I was at the same place when the Twin Towers collapsed on 9/11. My gym teacher rushed us outside and told us there were planes in Chicago, Denver, and Houston. I was nervous, but I'm pretty sure I didn't believe her.

What this all amounts to is soul, character, and perception. We believed, and I still kind of do, that our Wilson experience enabled us to understand the lunacy of the real world. People aren't always going to be around to assist us in our endeavors. If you wanted to learn something or get anything done, you had to be extremely proactive about it and also charm your ass off. We felt that by our immersion in black culture and city life we learned valuable things about communication that no white kid in private school could pick up on. Even now I doubt how many of my private school friends can describe snap music or quote Chappelle's "Black Bush" sketch. Wilson has kind of a tricky dynamic, though. If you can make it through the often-atrocious academics, you'll be that much better off since socially since you'll have a remarkably more real perception of our country's economic and racial diversity.

One key difference between Wilson and a majority of the city's public high schools is that this absurdity and chaos has its limits. For all of the seemingly dangerous and reckless behavior that characterizes the Northwest public school, its needs and demands are in no way comparable to those of other schools in the city. Violence has rarely escalated on school grounds. Unlike at other schools, Wilson has a staff of dedicated teachers and administrators who show up every day and enjoy their work. Likewise, they don't have to worry too much about students showing up, eating lunch, and reaching their buses in the afternoon. There are more pressing matters that need to be addressed elsewhere before even talking about Wilson's disorganization. So it's essential to understand that my experience has no voice for the greater D.C. public school experience.

But back to the soil.

For all of the uproar surrounding the contaminated soil and drinking water in my neighborhood, it’s only in our overly sanitized generation that any of this matters. Were there geographical surveys looking for arsenic in the soil 30 years ago? For all we know, there were just as many toxic vestiges left over from wars and embalming bodies in our parents’ day as there are now. And lead in the drinking water? Who cares? In the 60s everyone used lead paint anyway and bottled water didn't exist. I'd like to think that my friends and I avoid each crazed panic because we are so rational but that isn't really the case.

The truth is that our high school experience was full of dysfunction, and we felt like bad-asses because of it. We sludged through the bureaucratic mess of our administration, something that many kids have not been able to do. We succeeded academically just as well as our counterparts at much more expensive and organized schools. Our high school background has made us a kind of semi-exotic specimen in college. At least that was the case in Michigan.

So when some new hazard arises, like the arsenic in Fort Reno Park, our instinct tells us that it's probably no big deal and will just makes us more interesting to people. This time it's different. I'm aware of what's at risk and I'm concerned. Maybe only for the continuation of the concert series, but hey, I'm still concerned.