Summer in the City

The end of D.C.’s musical Golden Era, and the new artist that seems poised to redeem it. 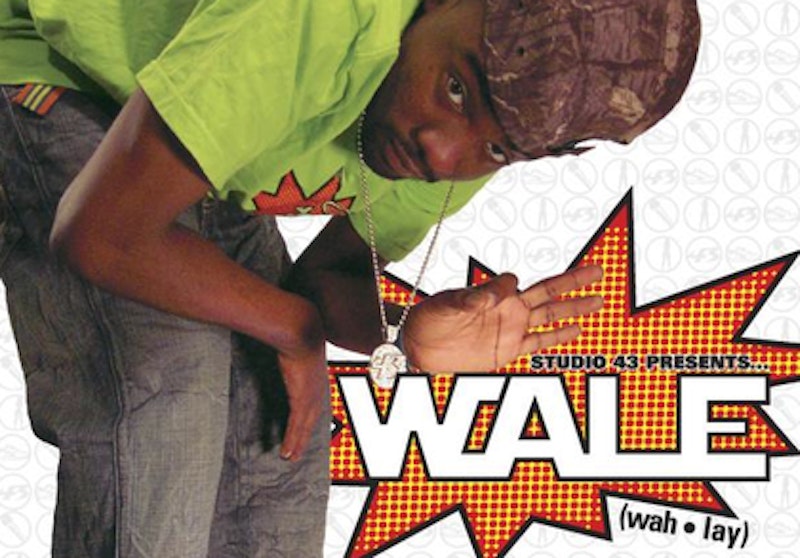 Summer in Washington, D.C. is something of a ritual. Every May I come back home and sweat out a buggy, gruesome first couple of months when the humidity is smothering and slurpees go from luxury to necessity. June and July whiz by and don't really matter. It's all just a culmination to August. Any Washington native can tell you that early evenings in August make for the best moments of summer. Sunsets extend for a long time, with pockets of orange and pink scattered across the sky above the Thomas Jefferson Memorial and the neighboring Tidal Basin. The heat steadily declines from a swampy fervor to a shirtless but sweat-less evening calm.

In this setting, picture a sweeping lawn of grass and a tiny maroon-painted stage that plays home to concerts every Monday and Thursday of the month. This is the Fort Reno concert series—a modest little event that features the sounds of D.C. post-punk's finest. From Fugazi and Lungfish to Dismemberment Plan and Q and not U, the series has drifted and evolved all while retaining the distinct sounds of the capital city's sonic disposition. It's really a beautiful sight—sitting atop the highest point in the city, the sunset obscured by half-constructed radio towers, while watching the kids dance till twilight to the punkish, rhythmic sounds that defined the once mighty Dischord Records. So here I am, on the verge of heading back home for summer, but this time, something doesn't feel right. This time, the dub-influenced beats and new wave synths that used to fill the air are muted. The city is going through a musical changeover, summer is approaching, and I have no idea what it's all going to sound like.

For more than a decade, D.C. music has been something of a stalwart industry. Go-Go is as awesome and as unknown outside the city as it's ever been. The electronic underground still consists of only Thievery Corporation who occasionally seem more interested in establishing a hip bar scene than a music scene. And then, of course, there is the music most closely tied to the city during my lifetime. I wasn’t immediately attuned to post-punk or Dischord, but it certainly grew on me. Maybe it was hearing "Hooray for Humans" by Q and not U for the first time, or watching spectators fill the stage every time Dismemberment Plan broke into "The City." So, it's just my luck that right at the peak of my affection for this brand of music, Dischord and the rest of D.C. dance rock took a major dive.

In 2003, Dismemberment Plan disbanded. As did Q and not U in 2005. Ted Leo and the Pharmacists left town and have drawn a wider fan base with the help of constant touring and Ted Leo's bloody forehead. El Guapo became Supersystem or joined Antelope, or was it Shy Child? The shakeups over the past five years have left a visible void in the city's musical identity. So, does the demise (and I don't think it’s an exaggeration to call it a demise) of this scene signal a changing of the guards in D.C. music? And, if so, who's in line to inherit the city's mark?

Okay, maybe that's a bogus question. The musical makeup of a city is almost never defined by one artist or one genre. But there was something unquestionably singular about the punk revival of the 1990s in the District. It seemed to feed off of specific sources—break beat rhythms from Go-Go, the jazz-punk fusion of Bad Brains and other crossover groups in the 80s and early 90s, and of course the element of cynicism that can only be ascertained by living in a government city. These bands were known nationally but recognized specifically as a D.C. product, which, historically, has not always been the case with the region's music.

Washington may have been home to Duke Ellington and John Philip Sousa, but that's almost never articulated in their music or in discussions of that music. Jazz labels still churn out live performance after live performance of Ellington and his orchestra, and from the frequency of venue you would think that he only played in Switzerland and France. The irony is that Sir Duke and the "Godfather of the March" have laid down a tremendous foundation for big band music in the city. From the public high schools to the universities, D.C. marching bands combine stellar showmanship with a repertoire of funk and soul top 40 hits that aren't appreciated, much less played, outside of the city and assorted historically black colleges around the country. But at its most basic roots, this musical aesthetic derives from Ellington and Sousa. Would they themselves riff on Cameo's "Talkin' Out the Side of Your Neck?" No, probably not. But would they dig the bombastic rendition by the Showtime Band of Howard University? You bet.

Perhaps the most surprising development has been the recent rise to fame of D.C. hip-hop. Spearheaded by local upstart and hockey aficionado, Wale, the District's long dormant hip-hop scene is now just beginning to, well, mean something. What makes Wale so exciting, aside from a witty lyrical prowess, is the fact that he cares about the city. He drops lines about Capitals star Ovechkin (R.I.P. Washington Capitals 2008) and goes on tour with UCB. Even his production elements are infused with Go-Go beats and toaster chants. While the overall scene is still paper thin, Wale has single-handedly made D.C. hip-hop exciting.

Unfortunately, current musical trends aren't going to pacify my craving for the bands that once defined my hometown summers. From Fugazi's last concert to the infamous D-Plan "rained-out" show—Fort Reno has become a historical landmark. For many, Fort Reno has been a quasi-musical sanctuary. For others, it's the best thing to look forward to in summer. I'll admit it, a free Wale/UCB show would be awesome, but it will never fill the void left over from the end of D.C.'s musical golden era.