The flagging economy is bringing people’s fears out of the woodwork, regardless of “industry.” 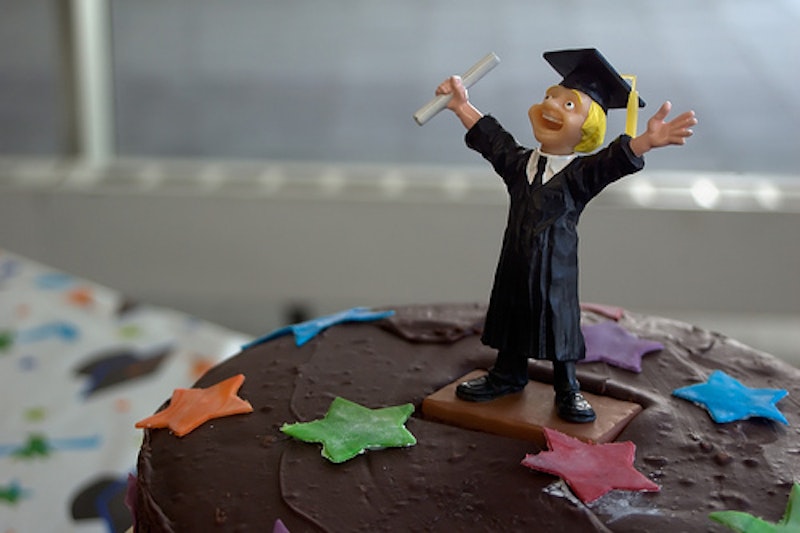 A recent article in The Chronicle of Higher Education took the bold and sour stance that maybe grad school isn’t such a good idea. The title was “Graduate School in the Humanities: Just Don’t Go,” and you can gauge the contents of the article accurately if you stop reading right there. The author, William Pannapacker (who writes, perhaps understandably, under the pseudonym Thomas H. Benton), holds a faculty position at Michigan’s Hope College. He does not anticipate more faculty positions opening up any time soon. According to Pannapacker academia has, over the years, calcified into a cynical and exploitative mill that would make Dickens, Foucault and Bentham cringe. He argues that universities have long held out the promise of massive retirements for tenured faculty and that they have continually strung bright, motivated grad students along by promising that tons of jobs would be available “soon.”

This has allowed them to pack departments with low-pay, low-benefits adjunct faculty who have virtually no hope of tenure, are too busy teaching to advance their careers, and who can be tossed out like a one-night stand whenever it’s convenient. Pannapacker forecasts a future in which legions of exceptionally qualified Ph.D.s compete like sweater-wearing gladiators for a tiny number of comically bad jobs. Pannapacker has a decent job, apparently, but he warns the idealistic (or, in my case, indecisive) that going to graduate school and getting a Ph.D. will not guarantee you employment of any sort and that you will probably wish that a bus would come and run you over by the time you’re out of school. He does not explain how universities will maintain their prestige and continue to attract money from undergraduates if their entire faculty consists of overworked adjuncts.

I found out about this article through an email list, Work4Us, focused on finding jobs for beleaguered academics. I expected the generally middle-of-the-road Ph.D.s on this list to dismiss Pannapacker’s bitter warning, but instead the exchange exploded with hundreds of emails confirming and amplifying his dire message. Get out now! They screamed, as if attending grad school was equivalent to sitting around Dresden in 1945 wondering if a trip to the country might be a good idea. Not only would current students emerge from grad school into an entirely jobless academic wilderness, they warned, but non-academic employers hate Ph.D.s and you will be more or less un-hirable in the real world. It was chilling.

But the whole discussion hangs on the idea that people go to humanities grad school in order to secure a lucrative job. This is simply wrong. Perhaps more importantly it features an unhappy, reductive idea of life that welds identity and personal quality to employment. Isn’t it possible that, even if grad school sets a person back financially, it might be worthwhile time for learning, travel, lounging around in your bathrobe, and having basically no 9-5 responsibilities? Pannapacker and the correspondents of Work4Us act like entering the job market for the first time at 30 years old is a lifelong curse and stigma from which no one can recover; but doesn’t this just put academics in the same boat as almost everyone else, including business people who have lost their jobs and started over? The New York Times ran a front-page article on March 1 about an executive who had lost his job and re-entered the employment world as a janitor. In volatile times like these is it really such a bad idea to spend a few years accumulating esoteric knowledge?

Of course there are many things wrong with graduate school in America. I’m in a social science department, one that expects its graduates to finish in five or six years, ideally five. More importantly, my program covers tuition and provides a generous (by academic standards) living stipend, so the five years out of “real” work don’t generate colossal debt. (If you have to pay for a Ph.D. program and are not a Rothschild, don’t go.) But grad students in my department whisper of the horrors abroad at other universities and in other disciplines. At the University of Chicago, anthropology Ph.D.s purportedly take an average of 10 years to finish their degrees, and the same time frame is common for many English or history programs. I think by anyone’s standards spending more than a decade on a degree is a waste of time unless you produce something of enduring grace and value, words people rarely use to describe dissertations.

Frankly the whole debate seems disingenuous, naïve and myopic. What industry isn’t shrinking, increasingly exploitative or tough right now? Is there any degree that guarantees financial safety? Even doctors emerge from medical school with crushing debt, and the cash-cow law degree is basically a fantasy. Maybe this moment of crisis is a good time to take a hard look at the position of academia in general. Assuming that Pannapacker’s pessimistic vision is true, can we really believe that knowledge produced under these conditions will be free of its sad origins? Can we assume that academic fields other than the sciences will even be able to produce knowledge under these constraints? Or are Pannapacker and the alarmists of Work4Us mistaking a transitory depression in the availability of jobs for a fatal disease of academia in general? I hope it’s the latter. But when I think about this misery and exploitation, I invariably return to Melville, to a quotation from Moby-Dick that many of us might find comforting or at least moving in these bitter times:

“Who ain't a slave? Tell me that. Well, then, however the old sea-captains may order me about—however they may thump and punch me about, I have the satisfaction of knowing that it is all right; that everybody else is one way or other served in much the same way—either in a physical or metaphysical point of view, that is; and so the universal thump is passed round, and all hands should rub each other's shoulder-blades, and be content.”