You Know What's Up Or Don't You?

Azealia Banks 1991 EP is a testament to her versatile talent. 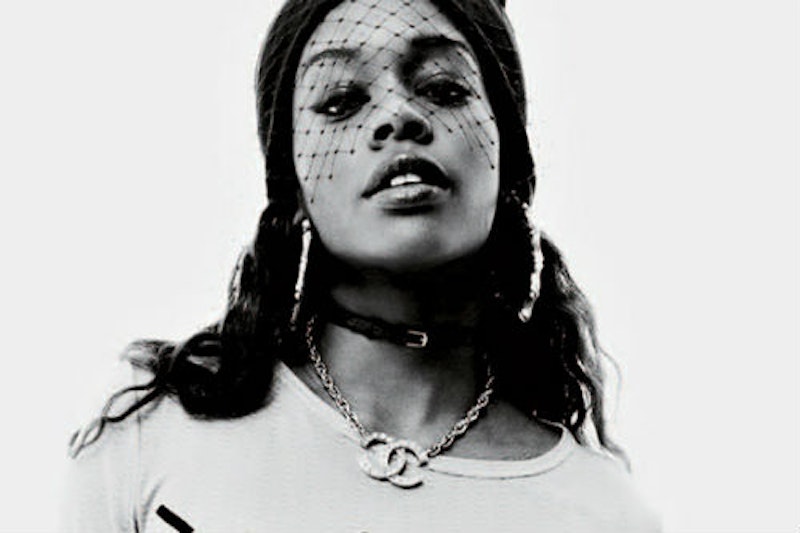 The music video for Azealia Banks’ outrageously viral and cunnilingusly focused hip-house jam “212” has been seen more than 17 million times, and the addictive single itself jumped off last year as the hottest track by a new artist. After you’ve heard the explicit version a couple times, it’s hard to stop shouting at people, “I guess that cunt gettin’ eaten.” Maybe it really is! The hypnotic track, which samples “Float My Boat” by Lazy Jay, shows Miss Banks spitting at warp speed and doing a little bit of singing, too, all over a house beat and in a kind of “Valley Girl” voice, which lends her style a sense of freshness. But the formula wasn’t enough for XL Recordings head suit Richard Russell who, after hearing “212” for the first time, dropped Banks from the label—even though she wrote the song specifically so she wouldn’t get dropped! Now, after a record contract with Universal Music, a New York Times profile, a mixtape scheduled to drop on July 4 and a full-length album set for release in the fall, plus a performance at Karl Lagerfeld’s house, guess who is having the last laugh?


Banks, who turned 21 this week, released her highly anticipated debut EP 1991 this past Tuesday, and the four song set shows a different side of this Harlem-bred rap virtuoso. I’m not one to compare artists, but anyone who gives this EP a listen will definitely hear echoes of Missy Elliott—precise, cutting flow spat at rapid fire but set in the 1990s. On “1991,” a house beat sets the tone and Banks stings with a voice that sounds darker and edgier than that “Valley Girl” thing she does on “212,” a track makes another appearance on the EP. The lengthy “Van Vogue” features a monologue midway through that’s basically about bougieness, Whole Foods, and Kombucha drinks! The rest of the song borrows the crash of the “ha” that Masters at Work introduced in the 1991 single “The Ha Dance,” a trope that is still used in contemporary voguing music produced by DJs on the ball circuit like Vjuan Allure and MikeQ.

To my mind, Banks’ craziest song is “Jumanji,” the first single from the upcoming mixtape Fantasea. New York magazine already lists “Jumanji” as a song of summer, and when you put it on it certainly proves that there is more to Azealia Banks than a filthy one-hit wonder. If what you need from rap is hardcore, raw, relentless verses, then “Jumanji” will do the trick. But there are always those people who, if you ask them what their favorite music is, they’ll say, “Everything—except for rap.” In general, I’m not the biggest rap fan myself, but the rappers I do enjoy, like Theophilus London and Jay-Z, are typically less aggressive and more interesting at the level of the beat. What I appreciate about Banks is that her rhymes are sickening, but the flow is even better. So even if you aren’t a hardcore rap fan—if you’re more into beats, say— you can still fuck with Azealia Banks because the sound is less commercial and more art school, less full of technology and more of a throw back to the innovations of 1990s hip-hop. Banks, who graduated from LaGuardia like Nicki Minaj, is like if art school went to rap camp and vice versa.

At first glance, Banks looks like just another hipster-y black girl that you want to loop with M.I.A., Santigold, Rye Rye, or any other weird, out-of-the-box performers of the moment. But the thing about Banks is that there are no gimmicks. She doesn’t wear face masks or big shoulder pads—and you know I love me a face mask!—and she doesn’t use an alter ego to sell records.
It’s just music, music that might have a similar audience as the aforementioned other hipster-y black girls, but which is nothing like what they do and stands on its own. The fact that it’s become so viral all on its own merit, without the aid of relentlessly visual imagery to remind you who she is makes her fresh.