Music To Die Slowly To 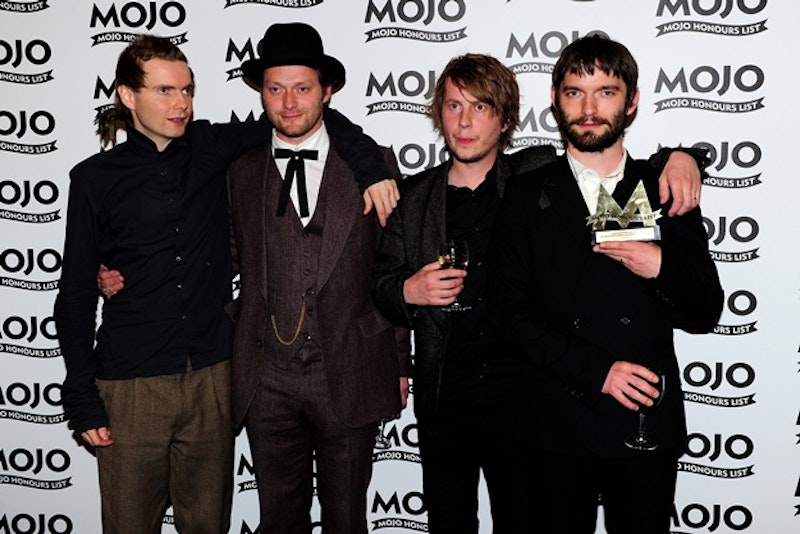 Lying in bed with the flu, there’s no more appropriate music than the glacial, graceful, undulating sounds of Sigur Ros. Iceland’s most successful rock band ever hardly sounds like one—instead they spin these massive movements full of gloriously vague peaks and valleys that can only be described as “ambient orchestral.” Shimmering strings, synths, bowed guitar, a gentle rhythm section, and Jonsi’s soothing fairy-like voice—it’s as close I’ve ever heard to palliative music, the sound of the emotional torrent in someone’s head as they near death. All the triumph, melancholy, sadness, remorse, and love bursts out of these songs, but it’s foggy, far from propulsive; these pieces don’t blow you away, they flatten you over time. Valtari, their sixth album, translates as “Steamroller,” and it’s the perfect description for an album that sounds like a life flashing before someone’s eyes.

Nothing is ever at stake here. This is the sound of peaceful resignation, always gushingly optimistic and rheumy. Opener “Ég anda” begins with a subterranean vocal loop modulating slowly between two notes, laying the foundation for the gentle cascade of violin parts, synth pads, and other electronic textures to overtake you completely. It never feels overwhelming, but rather enveloping, and you accept its beauty without question—never through Valtari’s 54 minutes did I wish for the big band rock moments like on Takk’s brilliant “Glosoli.” While most of the songs on Takk are prime licensing candidates for whatever inspirational new Dr. Pepper flavor is out this summer, but you’d be hard pressed to find anything that could sell sneakers here. There are crescendos and moments when everything bubbles up, but it’s often easy to forget Valtari is on. That’s not a slight, it just means it’s doing its job: this music makes you feel amazing because it’s so soothing. Aural colonic.

The beauty of Sigur Ros’ music is its purity. This is the sound of hope, an affirmation of life. Their spiritual counterparts Godspeed You! Black Emperor and A Silver Mt. Zion sink themselves deep in urban decay, consumerist ennui, and greedy tycoons. Their music is a calculated throb against evil, with stories, monologues, found sound, and damning liner notes to barb their knuckles. Sigur Ros aspires to capture beauty in a divine way, and with the goodness of life, there is nothing to explain, nothing to decry or justify. It floats and waves about, shimmying aimlessly through space, happy with just being. It’s the sound of being deeply happy. Sometimes that’s not what you need. Sometimes Valtari might remind you of respiratory depression, or nodding out, and sometimes it might piss you off. But if you’re laid up, sad or burnt out musically, Valtari is the balm. For relief, it asks nothing in return.