You Can Bet I’m Bettin’ Against You Again 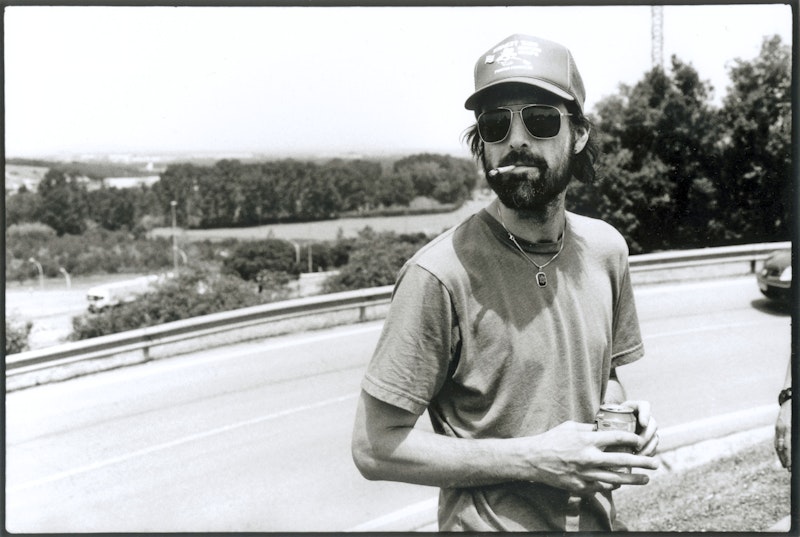 The Silver Jews will never die, simply because their acolytes will never allow them to. A half-decade after mainstay David Berman pulled the plug on the band's 20-year run as alt-country's most endearingly literate underdogs, fans still love and quote the hell out of its many chestnuts. As you might have guessed, I'm one of them. Here are, by reckoning, the best 10 songs the group committed to tape.

In terms of David Berman's sobriety, the importance of 2005's Tanglewood Numbers cannot be understated, but it is inarguably among my least favorite Silver Jews releases. Almost everything about it feels off and raw and desperate, except "Farmer's Hotel," where Stephen Malkmus' warm, rippling leads flutter octopuses' tentacles and Cassie Berman's wordless arias illuminate florid instrumental refrains. Vocally, "Hotel" is delivered in a petrified Tom Boddett mumble, as David Berman spins a reluctant horror tale in which the monster is left entirely to the listener's imagination.

The boys happen upon the mother of all monster riffs, and dry-hump it off into the sunset—something they almost never did.

A sleepy pastiche of non-sequiters, harnessed to broiling ivories and sunset riffage, succeeds grandly at capturing the American character by title-feinting at a major Texan city: insinuated sex, illusions of fortune, "B.B. King on General Hospital."

I like to think of "Tennessee" as the Bermans' shared wedding vows, set to pedal steel—a wry ode to commitment, a winked surrender to middle age, a mostly-sincere sop to jukebox culture.

2001's Bright Flight—the pre-crisis album, if you like, also featuring "Tennessee"—happens to be the second best Jews album. "Horseleg Swastikas" must have been written on the losing end of a hangover, a crippling depression, or some unbearable intermingling of the two; a plangent, palpable sadness informs every syllable, every note. "I can tell you things about this wallpaper, that you'd never ever wanna know" remains the ultimate throw-away downer.

One of those classic David Berman/Stephen Malkmus duets. "Everybody's smoked" can be read in any number of ways, given that "New Orleans" isn't about much more than it's own mystic, mythic mood.

Simplicity at its plainest, its most forthright and enraptured: the ultimate in low-watt, high-stakes love songs, with apparently foreign puzzle pieces somehow forming the ultimate illustration of devotion. Pull-quote stunner: "All houses dream in blueprints/Our houses dream so hard/Outside, you can see my shoe prints/I've been dreamin' in your yard."

Behold, the last indisputably fantastic Silver Jews song, a country-rock ramble with surges of synthesizer lurking just beneath the surface. This tale of a idealistic punk turned petty crook turned incidental killer plays like a slight cross between a short story, Pulp Fiction, and "Alice's Restaurant," lovingly detailed and by turns comic and tragic. If the Silver Jews had continued beyond 2008's Lookout Mountain, Lookout Sea, this would have been an ideal path to follow.

Once you've heard the studio version of this incandescent tribute to crushing on Junior Leaguers—which is not up on YouTube for some reason— you'll never be able to stop singing it to yourself in the shower. Ever. Damn.

My understanding of "How to Rent a Room" has definitely evolved over the years since I first listened to it, from a spiteful to-be-faked suicide to an actual last-will-and-testament pre-suicide note to something more intangible, more existential. As a mopey, lonely undergraduate the song seemed like a validation of a loner's eternal loneliness—the realization and acceptance that other people, inevitably and eventually, would disappoint and discard me without the sense that thinking that way was actually a sort of self-fulfilling prophecy. Given maturity and hindsight, it remains a deft masterstroke of melody, poetry, and melancholy that validates a steady, constant truth: very often, the finest writing is borne of misfortune, confusion, rejection, or all three in tandem.

Side note: "Room" and all of The Natural Bridge invariably reminds me of the Rite Aid in Chestertown, Maryland, where I read SPIN's idiotic, 6/10 review of this album.