Yo La Tengo By Any Other Name

The NJ band momentarily changes their name to Condo Fucks and will soon release a 30-minute LP of scrappy garage rock. 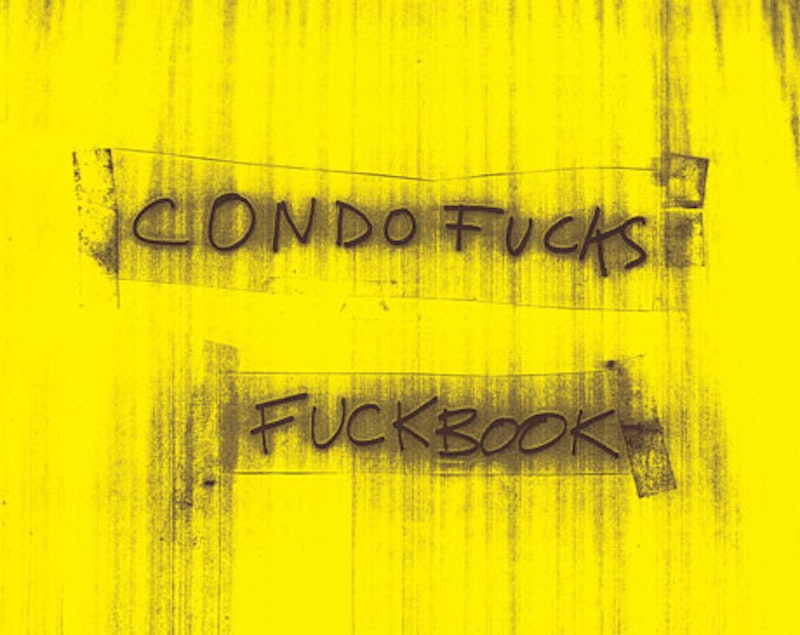 A press release and download link arrived today from Matador Records, announcing the March 24 release of Fuckbook, the new record from the Condo Fucks of New London, Connecticut.

This “legendary” indie band has shown up on concert bills before, usually accompanied by some kind of “Who are the Condo Fucks?” buzz, although it’s now pretty clear that the Fucks are the sloppy, garage-rock incarnation of Yo La Tengo, referred to in my household to as The Best Band In The World. Not only is Fuckbook’s title reminiscent of YLT’s 1990 folk-pop masterpiece Fakebook, but the band’s lineup (Georgia Condo, Kid Condo, and James McNew) lines up suspiciously with that of the New Jersey group’s (Georgia Hubley, Ira Kaplan, and James McNew).

After one listen to Fuckbook, I can say it’s a welcome release for any of the band’s fans; Yo La Tengo usually keep their punk and garage rock excursions to short album tracks and live shows, but as the Condo Fucks they’ve produced a gloriously sloppy 30-minute covers record, with unvarnished, poorly mixed versions of songs by The Troggs (“With a Girl Like You”), The Flaming Groovies (“Dog Meat”), Richard Hell & the Voidods (“The Kid With the Replaceable Head”) and more. It’s a particularly great showcase for Kaplan’s guitar work; with a few exceptions, he’s spent this decade playing with a lot of soft effects and keyboards on record, but Fuckbook is a full half-hour of his equally pleasurable neck-strangling, face-melting noise solos.

Your guess is as good as mine why Yo La Tengo’s going through the motions of a fake band concept, however. Their discography is varied enough and their fan base, after 25 years, is devoted enough that we’d either forgive or buy a genre exercise like this one, particularly since, again, the precedent for this music is quite established in the band’s history. Anyone who’s seen the band live knows that random Nuggets-era covers are just part of the deal. Likewise the presence of garage tracks on most of their other Matador records, from 1995’s Electr-O-Pura to 2006’s I Am Not Afraid Of You And I Will Beat Your Ass. The biggest surprise about Fuckbook is that its sound isn’t balanced out by the softer, more droning range of Yo La Tengo’s music as it is on those albums.

But let an awesome band have a little bit of dress-up fun, right? They’ve spent a quarter-century as Yo La Tengo and more than 15 years in the same lineup; one blog-friendly name change and basement recording is due to them, I’d say. Fuckin’ right.