The forgotten soul master's legacy of performances and writing credits is as good as any classic crooner's. 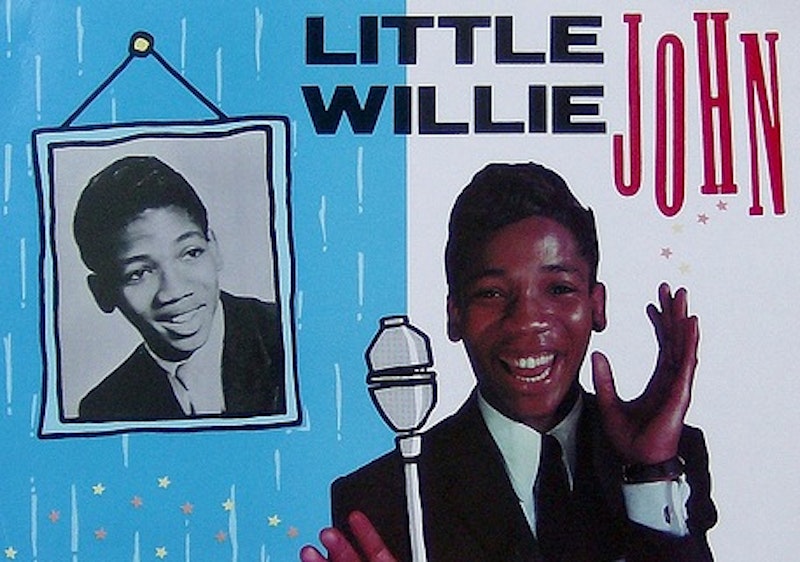 The sudden death of Sam Cooke in 1964 devastated the recording industry and African American community. For many, it was as heartbreaking and damaging an event as the assassination of JFK, if not more so. Four years later, another legend of soul music, one who had been rotting away in a Washington state prison, reportedly succumbed to pneumonia and nobody noticed. Little Willie John was one of the forefathers of soul. He inspired Cooke and James Brown with his mighty voice and showmanship. And his story is one of the most unique and tragic in music history. John was born in Arkansas but raised in Detroit. His music career started on the gospel circuit but he quickly turned to secular songs and recorded a staggering number of R&B hits before even turning 20. At the height of his success, John’s behavior was often frighteningly volatile. He drank heavily, experimented with drugs, and became paranoid to the extent that he carried a weapon with him everywhere he went. In 1964, he was involved in a bar room brawl that resulted in the stabbing of a man named Kenneth Roundtree, who was about a foot taller than the 5’4” John. Despite pleas of self-defense, John was sentenced with manslaughter and spent the rest of his short life in prison.

There’s no real point in trying to cover all the details of LWJ’s life considering there’s already a relatively comprehensive and accurate biography of the singer that can be found at the excellent Red Kelly music blog. In addition, W. Kevin John, LWJ’s son, is in the stages of writing a proper biography of his father. For updated information on that book project, check out LWJ’s Myspace page. Unlike other articles that only scratch the surface of Little Willie John’s musical output, I hope this retrospective will provide some real context to John’s career—because even for a life as abrupt as his, the strength and dexterity of his voice cannot be illustrated through just one song.

Perhaps the best way to introduce John is to first introduce the hits—his and those that he inspired.

"I Need Your Love So Bad"

In 1955, John recorded what is arguably the first soul song ever. It easily climbed into the Top 5 on the national R&B charts and has since been covered by many different artists. One notable version is the interpretation by Irma Thomas who also recorded a song called “Ruler of My Heart” that would later find a greater audience when covered by Otis Redding under the title “Pain in My Heart.”

“Fever” was released in 1956 and immediately attacked both the R&B and Pop charts. It remained there for half a year and has grown in notoriety since. This song has been covered by absolutely everyone: Peggy Lee, Elvis Presley, The Cramps, Beyonce. The original, however, is unbeatable, so instead of posting any of those easy-to-find YouTube clips I thought it would be more exciting to listen to a version that at least does something creative with the production.

As I mentioned earlier, one of John’s biggest followers was James Brown. Shortly after John’s death, Brown released the album Thinking About Little Willie John and A Few Nice Things in dedication to his friend. The album art pictures the godfather himself looking downward with a John record in his hand. There is also the following great quote from Brown that Red Kelly mentions in his article:

I don't understand why people miss Sam Cooke so, and not Little Willie John... I don't deny Sam was great, no, ma'am. I guess Willie John never made it to the Copa. People forget where you been, and get it stuck in their minds where you ain't been.

"Talk to Me," James Brown

“Walk Slow” is a gorgeous orchestral ballad that showcases the light shades and impressive reach of John’s voice. The song also bears a considerable likeness to, well, every song Cooke ever sang. Aside from all of the other biographical similarities, I would make the argument that Cooke and John also share two of the best pure voices in soul history. Nothing against Otis or Solomon, but these two guys were on another level. They were born entertainers with truly gifted voices.

I know this is a little bit late for Valentine’s Day, but maybe you should hold on to it for next year.

"Country Girl aka Home at Last"

Little Willie John 1966: The David Axelrod/H.B. Barnum Sessions was released last year in the UK. It was recorded between trials but never saw the light of day till 40 years later.

The majority of Little Willie John’s studio material unfortunately obscures just how talented he was at tearing up a dance floor. When the band broke loose from its normal jazz standard routine and John played up his sultry and seductive voice, hips jumped out of sockets. Of course this is almost all undocumented history—it’s Sam Cooke if Live at the Harlem Square Club never existed. But, there are two songs that at least shed light on the more sexually tenacious side of the young crooner.

This song feels as anachronistic as Blind Willie McTell singing about “Southern cans” in the 1920s. Recorded, I believe, in the late 1950s, “I’m Shakin’” is a funkified monster that balances suave and sex all the way to its tail-feather-shaking finish. There’s nothing explicit in the lyrics but John has a way of making even the most benign actions sound scandalous. The way he sinks his teeth into the opening stanza and then commands the rest of the number shows what an unbelievable voice John possessed. The music literally stops when he opens his mouth.

Okay, this one’s more obvious. Holding hands, whispering low, losing control, the focus all goes back to John’s uncontrollable urges. There’s an excellent upbeat bridge on the tail end of this track that gives everyone some time to exhale and wipe the sweat off their brow.