A couple of lesser-known bands will deliver some of the best surprises of 2009 thus far. 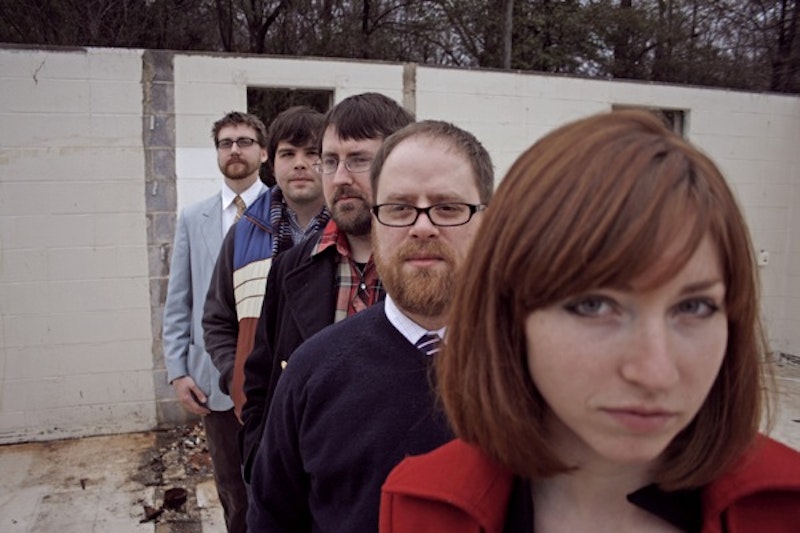 We're apt to regard PR firms negatively. I immediately think of some primetime cable drama: the corrupt company, in an effort to cut costs and increase market share, makes some dastardly decision that ends up, I don't know, leaking contaminants into the town water supply. When the daring reporter exposes them, the scene cuts to the smirking company CEO. "Well," he says, "Get the PR people on it. That's what we pay them for, right?" All right, I don't know, maybe that's just me.

Anyway, after receiving the third LP marked with a Team Clermont sticker, I decided to give them all a listen and do some Googling. Team Clermont is not a label, but, as you can probably guess from the above anecdote, a PR firm. Okay, according to their website, they're "more than just a PR firm"—and after giving all three of the albums they sent me a listen, I'd have to agree. I'd never given much thought before to a music/radio PR firm that wasn't part of a label, but Team Clermont is handling some first class bands. According to the website they're promoting the likes of David Byrne & Brian Eno, Centro-matic, Chris Walla, The Avett Brothers, I'm From Barcelona, R.E.M., and the Magnetic Fields, but the three albums I've received we're from obvious up-and-comers.

1) Scott Pinkmountain & The Golden Boots of Tone, The Full Sun
The first thing you need to do to enjoy this album is ignore the incredibly stupid name of the band that made it. Apparently Scott Pinkmountain is actually Scott Rosenberg, who's been kicking around for about 15 years, both as a backing session musician, as well as on collaborations with the likes of Anthony Braxton (his mentor of sorts) and on releases under his given name, not to mention as the frontman of the short-lived PAF. Apparently, the man has some serious cred to those in the know (I am not in the know). Now with The Golden Boots of Tone, Pinkmountain has struck out into more decidedly pop territory. The Full Sun is impressive both for the excess of its lyrics—the opening "Song of Soloman" hints of early (poppy-ish) Will Oldham—and the eclecticism of its arrangement. Pinkmountain doesn't have the best voice, nor does an excess of lyrics imply that all those lyrics are good. First line of "I Shall Not Be Released"? "Another beer and I fear you'll disappear"—not a bad line, but when you hear how Pinkmountain sings it you can't help but think, "Really? Come on now." Still, points for making the song sound like a grand homage to "Harlem Nocturne."

Standout tracks (besides the three or four awesome instrumentals) include, "Lucy," with its raucous, extended drum intro and fiery guitar solo (the whole thing sounds like a Flaming Lips b-side), as well as "To Love is To Die," which starts off as a gentle acoustic alt-folk number before the horns kick in around minute three and it turns real Dark Side of the Moon jazzy (with Hammond organ and full choir) around minute six. Overall, a great solo pop debut.

2) Greater California, All the Colors
There's some great 60s psych-rock to be found here. These days, psych-rock is so in you'd think there were a collective reverb malfunction going on, but thankfully Greater California does it better than most. The album comfortably rocks back and forth between more straightforward Brian Wilson-inspired pop ("All the Colors," "The Foolish Son,") to some Wilco meets up-tempo-Yo La Tengo drifting rock ("Five Senses," "It's Great"). More than a few of the songs sound like Transatlanticism Death Cab, probably because lead singer Terry Prine tends to sing like Ben Gibbard. Everything here is wonderfully produced: pitch-perfect harmonies, Greg Brown's excellent drum fills and Chris Berens' measured guitar work especially stand out. If some of the songs sound like they'd fit perfectly on a Kia commercial or the credits to an Ed Burns romantic comedy, well, that's only to their credit (What, you didn't like She's the One?). Favorites here include "It's Great" and "Almost Sunshine"—one of those Death Cab sounding ones, with hints of Apollo Sunshine, especially once the horns come in.

3) Venice is Sinking, Azar
Don't let "Azar One," the opening song on Venice is Sinking's second album, fool you: this is no slow-core ambient elevator music outfit. The Athens, GA five-piece plays some killer Broken Social Scene-sounding indie rock (most noticeably on "Ryan's Song.") Daniel Lawson and Karolyn Troupe's harmonies are gorgeous, and the backing instrumentation—which really can't be pinned down to a single member, since by the looks of the credits everyone's playing everything—is alternately quirky and haunting. The band uses effects pedals and droning loops to great effect, especially on "Wetlands Dancehall" and "Sun Belt," which halfway through turns into a kind of Balkan dance track. There's enough distortion and full-on rocking out to keep the less caffeinated among us awake ("Iron Range," for example, which builds to some great swelling horn-backed heights), but for the most part it's a somber affair, befitting the run-down post-industrial cover art (a street scene, I can only assume, of Athens itself). "Charm City," Azar's final song, topping out at over seven minutes, gives the best statement for the album as a whole. Start there, and hit repeat all.