Why "Downer" Is the Most Underrated Nirvana Song 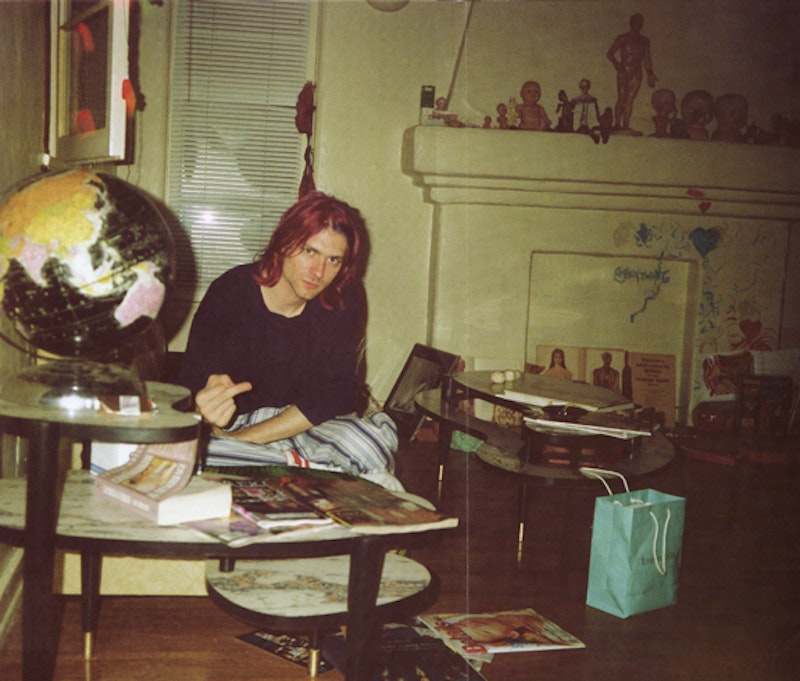 In the big picture, there’s nothing left to say about Kurt Cobain or Nirvana. All that remains to be dissected and discussed is the minutiae that belongs on a fan forum, where it was probably already talked about dozens of times before the millennium. Still, every single bit of new Nirvana-related information is major news: video of Cobain’s preserved childhood room, unreleased crowd interviews from a September 11, 1992 concert in Seattle, scant live bootlegs, safe for work photographs of the suicide scene, untold anecdotes by acquaintances and tour mates. Every piece of ephemera is greeted with the same fervor and importance that a newly discovered song or demo tape should get, but the extremely depressing reality is that there isn’t anything left. Rape of the Vaults, indeed. So this one is for those who bought every Outcesticide and know Cobain’s 27 years back to front, no one else will care.

“Downer” is the definitive Nirvana song and their most underrated and under-discussed. The title, for starters. Written for Cobain’s very first demo tape (Fecal Matter—Illiteracy Will Prevail) in 1985 and later recorded for Bleach and Incesticide, “Downer” is his mission statement in less than two minutes. Musically, it’s simple, catchy, and cartoonishly dark. The main riff—duh-nuh-nuh-nuh-nuh-NUH-NUH-NUH—has the power and dissonance of Celtic Frost and the silliness of Adam West’s Batman. It’s the typical loud/soft, verse/chorus/verse formula type of song that Cobain sought to abandon before he died, probably because he knew he’d already perfected his take on it. His skills as a composer/arranger are clear even at 18: the words scan fine on their own but his word placement and spacing shows what a great ear he had—as with most Nirvana songs, you know how it goes and can sing along purely on the sound of the lyrics without knowing what they are.

The first verse includes several reoccurring themes, ideas, and attitudes that would define Nirvana’s music: cultural alienation, railing against “phonies,” medical imagery, dysfunctional families, and Cobain’s self-deprecating dismissal of his own “surrealistic fantasy” as run of the mill and “bland, boring, plain.”

The first two lines of the chorus are about living in a compromised world and feeling crippled by the deck of cards you’ve been dealt: even before the crush of sudden fame, heroin addiction, and the worst of his stomach problems, the world was a suffocating, hostile place. The third line is the one piece of inarguable garble in an otherwise articulate lyric. “Don’t feel guilty masturbating” is crucial, though—masturbation is another common Cobain trope, but he sings it as “master writing,” another great example of his tendency to be obtuse and put more care into how the words sound than how they read. Though it says, “master writing” in his Journals, there’s no doubt it’s a euphemism.

Somebody said that they’re not much like I am I know I can
Make enough of the words
You go along, I sing your song

The second part of the chorus is a tongue-twister that rolls of the tongue, and talks about the same things that “In Bloom” would: the meaning of the words lost on the oblivious fan humming a melody that feels like it’s always been there. “You go along, I sing your song” has such a menace to it: you go along happily singing along, while Cobain sings a nursery rhyme melody in servitude—I sing this song for you, pricks. “Like a retarded rhesus monkey,” in his words.

The first two lines of the second verse are more angst and authority bashing. The last couplet is beyond sarcastic; it’s the sound of an emaciated and demented man in chains, maniacally thanking his master for his harsh existence, before exploding with the rage of a feral animal on the last word—“THIRST!” That couplet goes beyond Gen X nihilism and apathy into something much heavier and darker, quixotic beyond his years at 18. Though it was among the first songs Cobain ever wrote, he never moved beyond the sentiments expressed in “Downer”: the world is a hostile place, American values and jingoism are poisonous, and his own screed is futile and embarrassingly clichéd, even delivered as demented and intensely as it is. He wrote some great love songs, and sweeter songs (“Dumb,” “Come As You Are,” “Pennyroyal Tea,” “Drain You,” “Do Re Mi”)—still all tinged with sadness and melancholy—but due to his abrupt death, we’re left with more angry material, and “Downer” is up there with “Scentless Apprentice” and “Endless Nameless” in its fury, but far more articulate in its words.